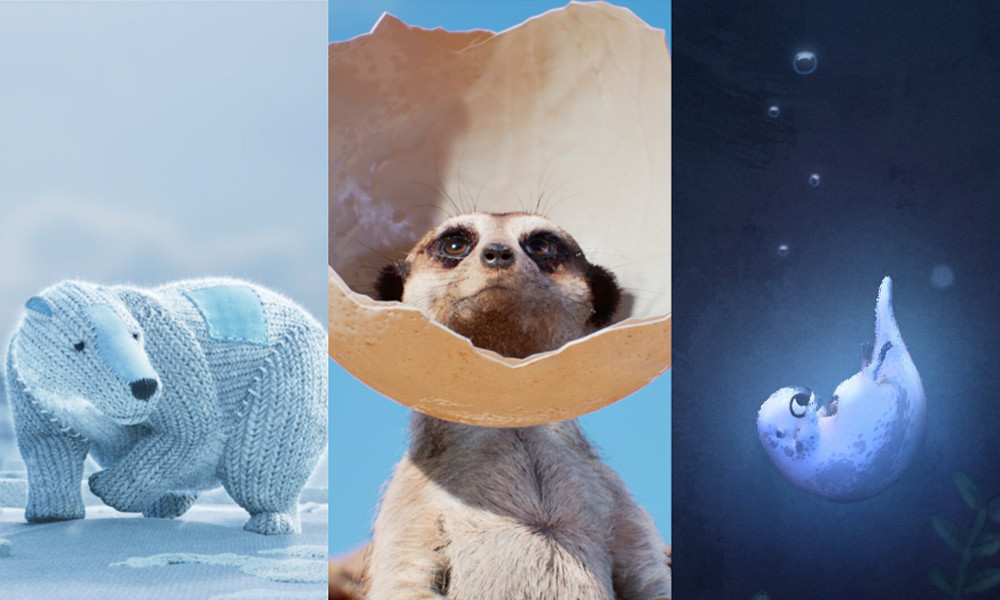 Migrants | Meerkat | I Am a Pebble 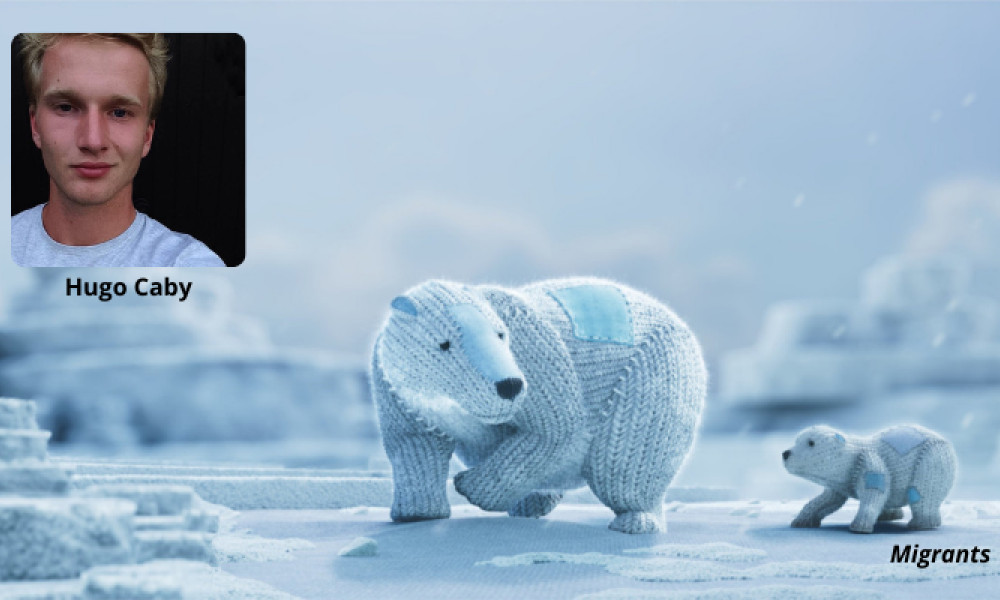 The student team behind the poignant short Migrants, which is the winner of SIGGRAPH’s Best of Show Award, were inspired by the events surrounding the migrant rescue boat Aquarius, which was not allowed to enter ports in several European cities in 2018. “We were quite touched by this and wanted to tell a story about the issue of migration, but with the global warming theme layered on top of it,” says director Hugo Caby. “So, we chose polar bears as our main characters, as they are one of the species most affected by climate change.”

The beautifully crafted eight-minute short, which was the student’s graduation project at the French school Pôle 3D, took about two years to produce. In addition to Caby, Aubin Kubika, Lucas Lermytte and Zoé Devise co-directed the project.

During the first year of the project, they focused on pre-production, the script, 2D animation, characters and environments designs. The second year was dedicated to animation, VFX, lighting and compositing. The team used Autodesk Maya for the modeling, set dressing and animation. For texturing, they worked with Substance Painter and Designer. Houdini was used for VFX, and they also employed a tool that smartly and efficiently scattered assets throughout the forest environments in each shot. For rendering, they used Guerilla Render, and Nuke for compositing.

“Our animator Aubin Kubiak did a lot of research during pre-production,” says Caby.  “After a few different tests in 24 and 12fps, and after trying both more of a cartoony style and a more realistic look and feel, he was able to decide on the animation style for our characters. It was a lot of work to animate the whole eight minutes of the short and, as he was the only person focused on animation, he almost did 90 percent of the animation himself. Although towards the end of the production he had some help from the rest of the team.”

One of the team’s key challenges was crafting the overall look of Migrants. “Because we wanted to match the stop-motion aspect, we had to find solutions for every stage of production,” explains Caby. “This meant we had to make our characters move like puppets, make our environment and characters look like they were handmade, and work hard to perfect our visual effects. Another difficult part was the COVID pandemic, which happened in the middle of the production process and made us switch to remote working. However, while we were able to quickly adapt to this, I think it affected us mentally and reduced our productivity. To get through it, we had to stay focused and communicate a lot.”

Caby says all of the directors had a deep passion for CGI animation even before they started the program at Pôle 3D. He adds, “But the passion and enthusiasm of our teachers for this industry confirmed to us that this is what we wanted to do. We learned a lot of different skill sets from all of our classes. From art courses to development/coding courses, we tried to take advantage of all the knowledge that we could get. By the way, English classes are also helpful, especially for interviews like this one!”

Not surprisingly, all five directors have already found jobs in the animation industry. “We are all improving our skills and getting more experience,” says Caby. “But maybe someday, we’ll look to create new content together or on our own. Among the team, we talked a lot about creating our own studio in the future. It was a bit of a joke at first, but maybe we can make it happen one day. Ten years from now, our technical skills and knowledge of the industry will be much greater, so we will know how to manage our own projects much better, etc. So never say never!” 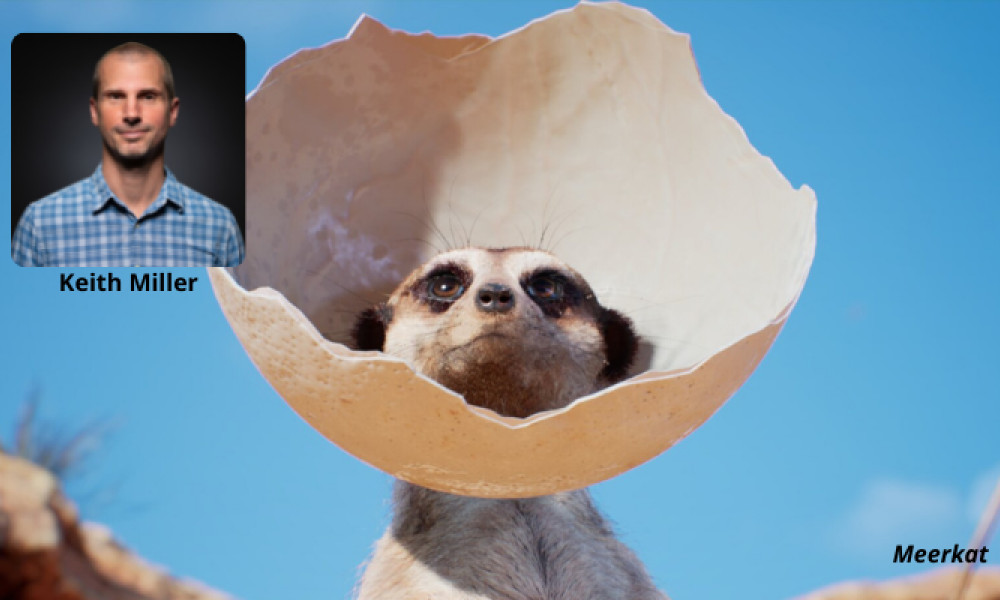 In 2020, Weta dazzled the industry by creating the stunning 80-second short Meerkat for Epic Games and showing off the potential of Epic’s Unreal Engine to accomplish real-time hair and fur animation. The project’s director Keith Miller tells us that this was a bit of a natural evolution for the team at the acclaimed VFX studio. “We’ve done feature animation in the past with The Adventures of Tintin, of course, but this was a great opportunity to forge ahead and use those skills to tell our own story,” he says. “Meerkat came about through ongoing conversations with Epic Games, and though one of our underlying intents was to have a deeper look at Unreal Engine’s fur technology, we thought it would be an excellent opportunity to develop an animated short in-house as a way of evolving our understanding of real time as a tool for linear media in a production environment.”

The team at Weta wanted to explore the strand-based fur system. “We bounced around a few ideas for ideal characters to test the tech while still producing a character-centric short that stood on its own,” notes Miller. “We thought about a musk ox for a period, and we had a moa in the early pitch deck as well. The idea of a meerkat eventually stuck and worked out well for us, since we were able to study them closely at Wellington Zoo. We introduced the eagle as the story evolved and we needed some tension. That posed a particular opportunity to tackle feathers as well, since those required unique processes for working with strands.”

The labor-intensive project took about seven months to complete. “We had about a dozen crew from Weta Digital working on and off over that period, but the core team through the bulk of that period was only four or so people for the visuals. We partnered with Park Road Post here in Wellington for the audio work,” says the director.

Meerkat was Weta’s first exploration into production of linear media within a real-time framework. Miller says he found it empowering to have the ability to look under the hood of individual shots within the context of an entire scene or short. “By being able to move outside a shot-based framework, you gain a better understanding of the big picture and can see how everything fits together, thus better informing you and enabling the artists to make broader changes that improve the content holistically,” he explains. “I see this being especially relevant for the animators. Our animation supervisor Ludovic Chailloleau did some brilliant work with these characters. As an animator typically working with a hairless puppet at the early stages, seeing the actual fur volume in the context of the lighting really informs the poses and improves the integration much more quickly.”

Miller mentions that whenever he works in real time, there’s a real immediacy to the process. “The ability to sit with a lighter or level designer and just tweak things together is powerful, especially with a furry creature like this where you’re able to see that impact live,” he points out. “I would also say the opportunity to develop this short from the ground up was rewarding to the artists on a pure creative level. When you open that up and everyone feels comfortable to present their ideas and achieves a real sense of meaningful contribution throughout an entire project – from story development through to final pixels – it shows in the work.”

Weta has been working in real time for nearly a decade now, from the development of the studio’s own Gazebo renderer for internal processes, to embracing engines like Unreal for interactive and immersive content. “It’s increasingly clear that there’s a need and a role for real time,” Miller points out. “We’ve had the obvious applications for this with XR content and games and rides, through to live events like our work with Childish Gambino. But now we’re seeing the intersection of this space with traditional filmmaking and storytelling as well. I see this not only improving the tools for producing film as we know it today, but as the technology moves forward, I think we’ll continue to see the ways in which we experience media will evolve. I see real-time playing a big part of that.” 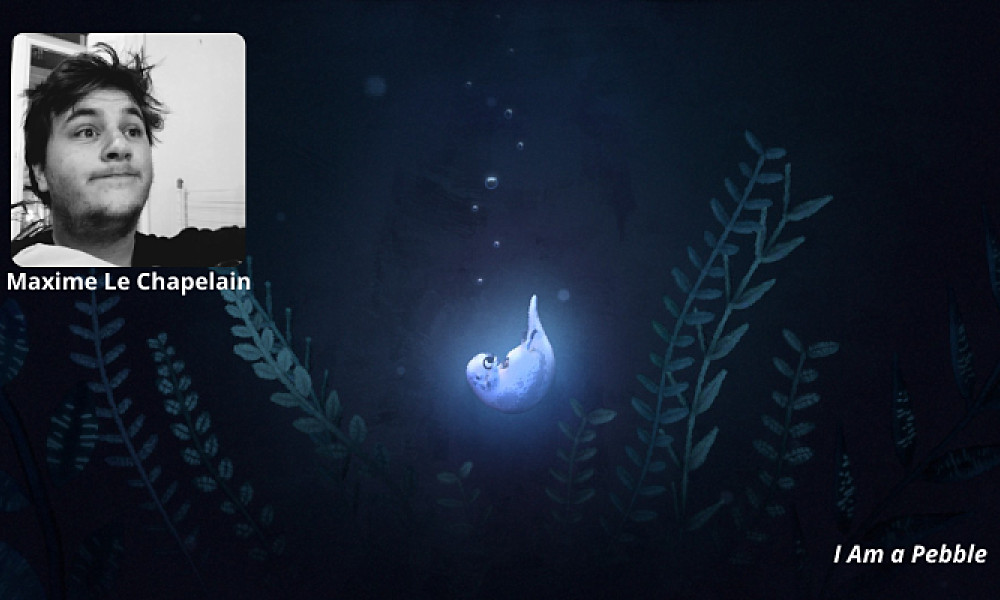 Student Prize: I Am a Pebble

Growing up in the beautiful countryside of Brittany in France, Maxime Le Chapelain spent a lot of time surrounded by nature. That’s why the natural world plays a big part in his beautiful graduation film from the ESMA school of the arts, I Am a Pebble. “The short came from the simple comparison of otters taking round shapes to sleep and the round rocks in the rivers of my countryside,” he tells us. “They share the same shape, the same place, and we tried to give them the same life. This story of family and identity came naturally as we wanted the otter to have a choice to make between the worlds of pebbles or otters.”

Le Chapelain and his team worked for a little more than a year, including preproduction and production which was sometimes simultaneous. “Six of us worked on this short, and for the last couple of months, we received some precious help from three interns to finalize the short.”

The animation’s rich, painterly look was the work of Léo Coulombier, who developed the tools that generated a brush effect in Nuke and applied it as the final step of the workflow. “Before that we worked on many aspects like hand painted textures in Substance, looping textures, animating on twos to be coherent with the final 2D style, and finally we did a lot of color scripting to get a clear target and not lose too much time in a heavy compositing process.”

The director says apart from the technical challenges, developing the story proved to be one of the big challenges. “The idea of an otter living with pebbles could seem ridiculous, but that’s why it was interesting,” he explains. “To create drama and conflict with only a non-speaking animal and pebbles, we had to find scenes and actions with the pebbles that would lead the otter to a series of disillusionments and questionings. But as you can expect, actions made by pebbles are quite limited. And then, it became obvious that the otter’s perception against reality would help us build the dramatic tension through the movie to visualize the internal struggle of our main character.”

Le Chapelain says he owes a lot to the animation class he took at ESMA. “That’s where I discovered a completely new way to express and give life to characters,” he notes. “I truly learned I could work in animation when I entered ESMA. Before that, I only wished to tell stories through illustrations or films, but in animation you can do both at the same time and once you try to bring life to what was originally a drawing, you want all your drawings to come alive. But the true value of ESMA for me were the group projects we worked on every year,  because we created things we could not have done alone and it feels really great to grow with others.”

Counting artists such as Alê Abreu, Alberto Mielgo and Trevor Jimenez as his favorites, the 24-year-old artist says he looks forward to directing his next project. “It is a never-ending path to learn storytelling and animation, and I still have a lot of room for improvement,” he concludes. “So, one dream after the next, I train, I write, I draw and soon or later, something may appear on a screen. I hope to work on moving stories with a great team, being at the core of the craft and using all what today’s animation offers to bring more touching characters to the screen.”

Register for SIGGRAPH 2021  and view the full conference & screening programs at s2021.siggraph.org.