Monday at the SIGGRAPH 2016 conference in Anaheim, California, NVIDIA announces new Pascal enhancements for its Quadro platform, created with artists, designers and animators in mind. The company is launching the most powerful workstation GPU, and software capabilities that will provide artists and designers with unprecedented ability to work faster and more creatively.

New developments from NVIDIA at the show are:

+ The Quadro P6000, able to power the most advanced workstations ever built. With its 3,840 cores and an amazing 12 TFlops of compute power, designers will be able to manipulate complex designs up to twice as fast as before.

+ The addition of GPU-acceleration to mental ray, the world’s most popular film-quality renderer.

+ NVIDIA Optix 4, the latest version of our GPU ray tracing engine, on our NVIDIA DGX-1 supercomputer, which now allows artists to achieve the fastest interactive rendering possible for film-size scenes up to 64GB.

“Often our artists are working with 50GB or higher datasets,” said Pixar CTO Steve May. “The ability to visualize scenes of this size interactively gives our artists the ability to make creative decisions more quickly. We’re looking forward to testing the limits of Pascal and expect the benefits to our workflows to be huge.”

Visit NVIDIA at SIGGRAPH booth #509 to see these technologies. At the booth you can also demo the world’s first real-time 3D oil painting simulator from Adobe Research, take in a live demo of 4K videos being stitched in real-time, see Pixar content running on the DGX-1 — ray-traced with OptiX at interactive speeds– and see a demo of the new GPU-accelerated mental ray and the latest Iray plugins. 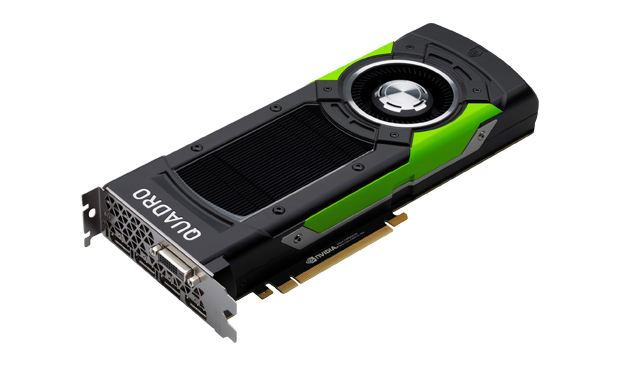