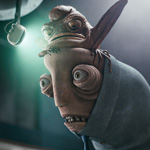 Following the Electronic Theater selections announcement, SIGGRAPH has unveiled the winners of this year’s Computer Animation Festival — running throughout the LA event from July 30-Aug. 3. The 2017 Best in Show honor was bestowed on a student short, Song of a Toad, by Filmakademie Baden-Wuerttemberg Animationinstitut graduates Kariem Saleh (director) and Alexandra Stautmeister (producer). This win qualifies the film for consideration in the Best Animated Short category for the 2018 Oscars.

The 3D CG diploma film Song of a Toad tells the story of an ugly, fat toad sitting on top of the main character Svobodan’s head, who tries to shake off the toad’s insufferable presence. The story addresses people’s struggle with their own oddities and their wish to adapt and fit into a group.

This technically innovative short benefited from the latest developments of Animationinstitut’s research department, created as part of the EU-funded Dreamspace. An experimental setup combined a Nuke real-time compositing prototype, developed by Foundry, with a device that resembles a hand puppet. This device allowed filmmakers to steer the movements of the toad and digitize them. Thus, the students were able to discuss and iterate various animation layouts within an established compositing workflow.

You can watch a behind-the-scenes video demonstrating this high-tech puppetry here. 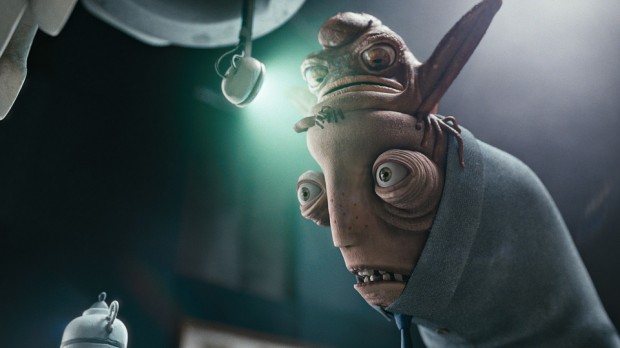