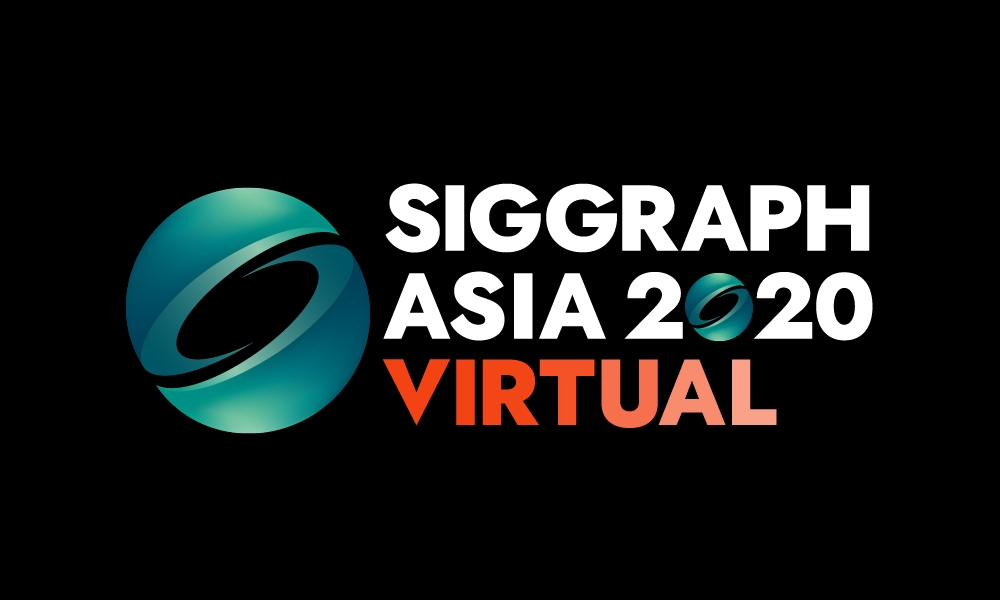 Asia’s premiere computer animation festival, part of the SIGGRAPH Asia 2020 Virtual conference, will showcase the best of this year’s works, presented by the creators, who will share their insights and discuss their most innovative projects and experiences with computer-generated animation and visual effects. Celebrating the work of students, young professionals, seasoned professionals, and grizzled veterans, SIGGRAPH Asia’s virtual Computer Animation Festival (CAF) runs between December 4-13 with an array of entertaining screenings, presentations and panel discussions.

Comprising a brand-new CAF Winners screening alongside the venerable Electronic Theater and the Animation Theater programs, CAF will take you on a tour of the full breadth of this year’s most innovative and inspirational work in computer animation.

CAF Panel & Production Talks includes presentations by experts in the creation of computer animation and visual effects, as well as disclosures from behind-the-scenes of studios and schools, whose works are screened at the festival. Highlights include: 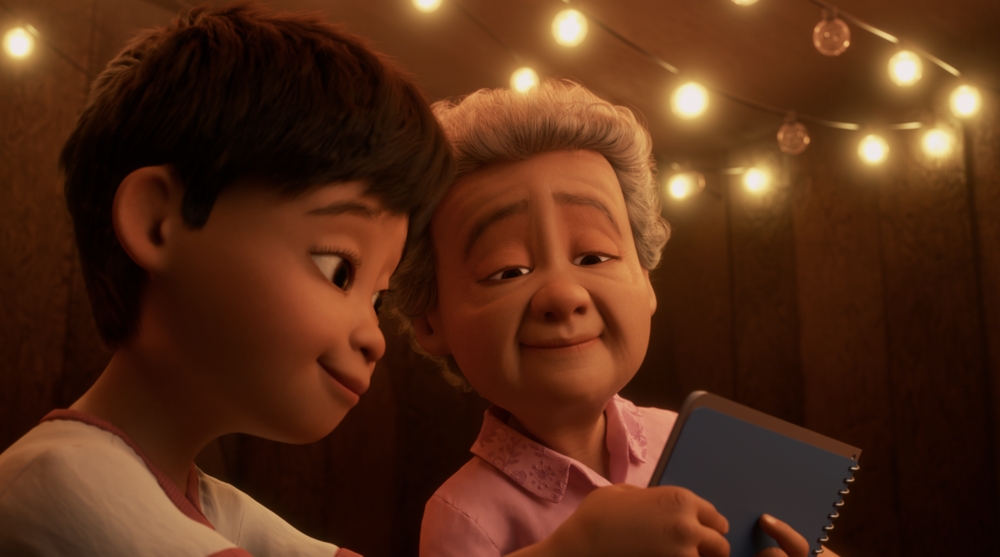 The Making of Pixar’s Wind – From Pixar Animation Studios, writer and director Edwin Chang, producer Jesús Martínez and supervising technical director Beth Albright will discuss the making of their heartfelt CG animated short film, Wind. Made as part of Pixar’s SparkShorts program, Wind is set in a world of magical realism where a grandmother and her grandson are trapped deep down an endless chasm, scavenging debris that surrounds them to realize their dream of escaping to a better life. A screening of the film will be followed by a “Making Of” presentation and a Q&A.

Producing Over the Moon – Producers Peilin Chou (Animation Film Producer, Pearl Studio) and Gennie Rim (Executive Producer, Glen Keane Productions) will discuss the development and production of the recently premiered Netflix animated musical adventure, Over the Moon, directed by SIGGRAPH Asia’s keynote speaker and legendary Oscar winner Glen Keane, and co-directed by Oscar winner John Kahrs. In the film, a bright young girl fueled with determination and a passion for science, Fei Fei, builds a rocket ship to the moon to prove the existence of the legendary Chinese Moon Goddess, Chang’e. After an impossible journey, she ends up in a whimsical land of fantastical creatures. Directed by Keane, animated at Sony Pictures Imageworks, and produced by Rim and Chou for Shanghai-based Pearl Studio, Over the Moon is a musical adventure about moving forward, embracing the unexpected, and believing the impossible is possible. 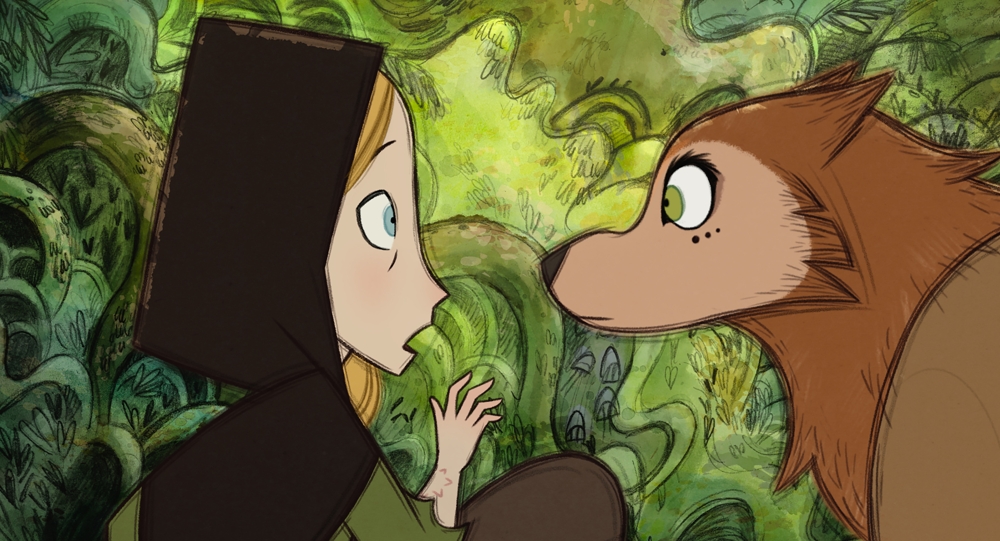 The Making of Wolfwalkers – Two-time Oscar-nominated director Tomm Moore (Song of the Sea, The Secret of Kells), Co-Founder and Creative Director, Cartoon Saloon, and director Ross Stewart (The Secret of Kells), painter/illustrator/designer/animation director and Art Director, Cartoon Saloon, will share creative insights into the making of their latest animated feature film, Wolfwalkers, which premieres worldwide December 11 on Apple TV+. Set in the middle of the 17th century, Wolfwalkers follows the fortunes of young hunter Robyn Goodfellow (Honor Kneafsey) as she joins her father on a mission to destroy Ireland’s last wolf pack. Joining forces with feisty Mebh MacTire (Eva Whittaker), Robyn soon learns her new friend is a member of a pack of shapeshifting werewolves. As she delves deeper into their world of superstition and magic, Robyn risks becoming the prey in her father’s lethal quest. The film is co-produced by the award-winning animation studios Cartoon Saloon and Melusine Productions. 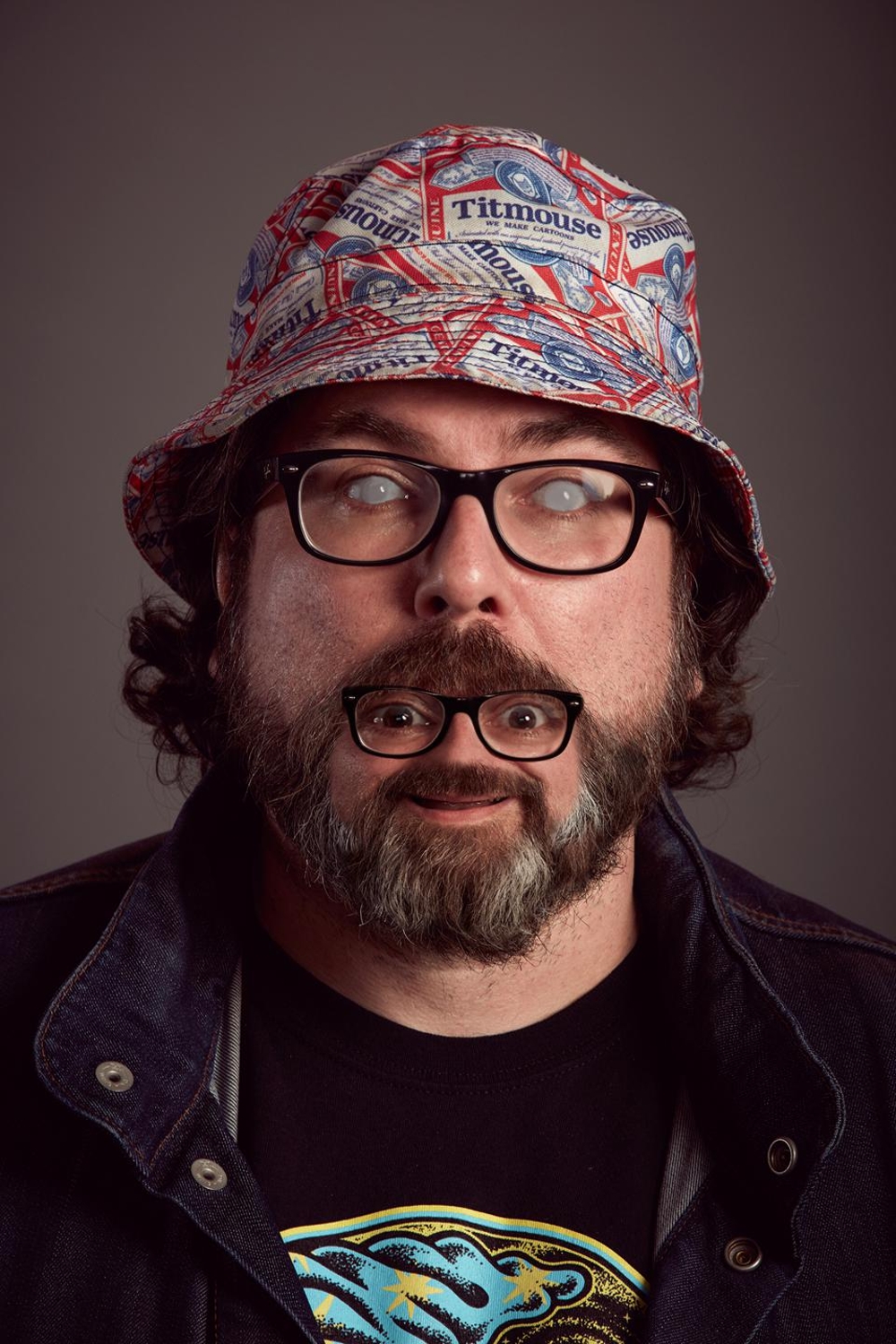 Titmouse – Trailblazers in Innovative 2D/CG Animation – Chris Prynoski, known in the animation community as Chris P., is the founder and president of Titmouse, one of the most prolific, independent, Emmy Award-winning animation studios in business today. Titmouse leads and supports the unprecedented and explosive growth in episodic 2D/CG animation. Just a few of the hugely popular shows they produce are Big Mouth, Star Trek: Lower Decks, Bless the Harts, The Midnight Gospel and Tigtone. The animation industry’s tremendous production expansion has been fueled by leading streaming platforms like Netflix, Amazon and HBO Max, as well as more niche streamers like Crunchyroll and Syfy’s adult animation block, TZGZ. The medium of 2D/CG provides an almost unlimited design palette from which creators can run wild. In this “one-on-one” discussion, Prynoski will discuss his studio’s rich history of embracing practically every 2D/3D/CG/VR technology they’ve gotten their hands on, and how they embrace and leverage animation production technology to tell great stories for kids aged three to 83. 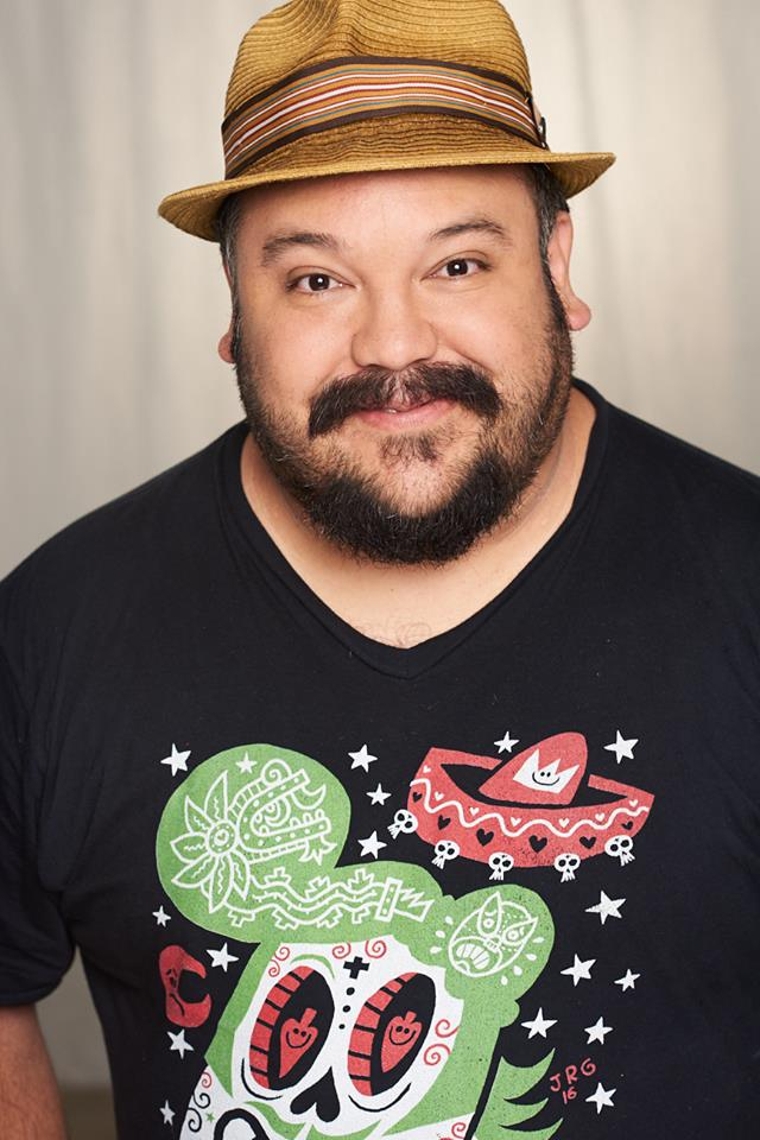 Harnessing Technology to Tell Your Story: A Talk with Jorge Gutierrez – Jorge Gutierrez is an Emmy Award-winning director, animator, writer and artist, now developing multiple projects at Netflix. He has embraced and taken advantage of 2D, 3D and VR technology at every stage of his career, from his early work with Flash cartoons, to his latest 3D/CG animated limited series, Maya and the Three, a Mesoamerican fantasy epic that will premiere globally on Netflix in 2021. In this candid talk, the director discusses his strategies for harnessing technology to serve his creative vision, sharing colorful behind-the-scenes stories and personal details of how different production technologies mostly helped, and sometimes hindered, his career in animation. 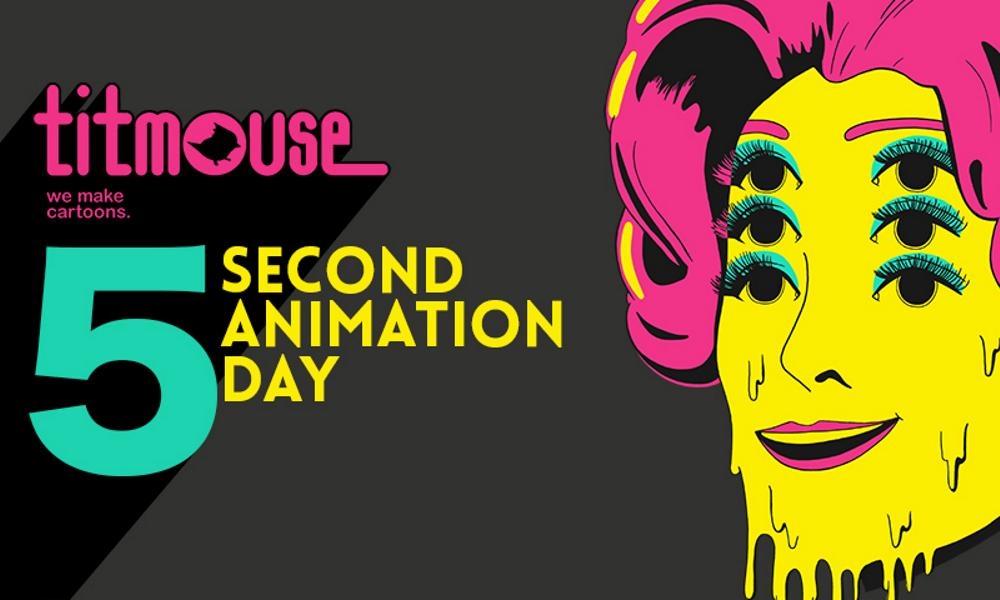 Titmouse’s 5 Second Day Snack Chats, 2020 Edition – Feast on a selection of nine bite-sized cartoons from the Emmy Award-winning animation studio Titmouse’s infamous 5 Second Day 2020 Edition screening. A longstanding tradition, on 5 Second Day, the studio closes so that staff can make whatever project is swimming around in their heads. 5 Second Day came about as a way to make cartoons we can all enjoy; since its initiation in 2008, the complexity, length, and creative collaboration across departments has skyrocketed. Some artists will work on ambitious ideas for months. In the end, the artists retain control of the short. To date more than 1,000 unique 5 Second Day cartoons have been created.

Reinventing My Filmmaking Career by Pivoting from Live-Action to Animation with Unreal Engine – Director Hasraf ‘HaZ’ Dulull from HaZ Film Ltd., will talks about his shift from live-action filmmaking to animated feature films and TV production to stay relevant and proactive in Hollywood. Dulull will showcase how Unreal Engine enables indie filmmakers to tell high concept stories that were previously not possible to achieve except with huge budgets and resources. The director will begin with a pilot proof of concept project, followed by discussion of how he fell in love with real-time graphics, and how that project led to him being tapped to direct the animated feature film Mutant Year Zero, a movie based on the acclaimed video game. Dulull will share how his pilot was created entirely inside Unreal Engine as final pixel renders. A candid deep dive into the process, the project is visually driven, presented with tons of behind the scenes footage, to break down the scenes in Unreal Engine. The talk will be followed by Q&A.