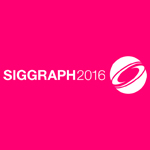 The winners of SIGGRAPH Asia’s Computer Animation Festival 2016 have been announced, with rising talent from India, Germany and New Zealand set to receive honors at the awards ceremony on December 6. A total of 433 submissions from 34 countries flooded in for the latest edition, of which 63 films will be screened at the Electronic Theatre and Animation Theatre during SIGGRAPH Asia — taking place in Macao at The Venetian, Dec. 5-8.

“The Computer Animation Festival is one of the greatest highlights of SIGGRAPH Asia,” said awards chair Victor Wong Wang Tat. “In the past, when the tools for creating computer animation were being developed and refined, the entries that we’ve received were mainly technical. However, over the past decade, those tools have advanced to a much higher level, enabling artists bring their imagination to life more intuitively. This year, we had over 433 entries, which included both visually stunning and technically intense pieces. There were over 10 entries where all of the members of the jury agreed that they might win and surprisingly, half of these entries were created by students!”

All submissions were evaluated by a jury of professionals from the visual effects, animation, research and development, games, advertising and education fields. Since 1999, the Computer Animation Festival has been distinguished as a qualifying festival for the Academy Awards, with the Best in Show winner eligible for nomination in the Best Animated Short category next year. Visit https://sa2016.siggraph.org/en/ for more information on this year’s conference, exhibition and festival.

In the dystopian city of Schirkoa, a high­ profile senate member, 197(A), faces a tough choice between his political career and love for a mysterious woman. This is a choice that will transform their lives and the city in unimaginable ways. The film is metaphorical reaction to the world we live in; a mental dystopia with a misinterpreted idea of a “perfect life.”

Ishan Shuklais an award-winning Indian CG artist and filmmaker with a strong penchant for storytelling and has been engaged in creating comics, films and stage-plays since childhood. After dropping out of an engineering college to pursue animation, he graduated from 3D Sense Media School Singapore in 2008. Between 2008-2012, Shukla was based in Singapore spearheading projects ranging from TV commercials to TV series. He then took a two-year sabbatical to work on Schirkoa. The look and design of the film is inspired by both classic anime and modern stylized games. He is now working as a CG Lead at an animation studio in India while working on personal projects in his spare time.

Inspired by the Edward Gorey classic, this black comedy for kids and parents alike is a hilarious and brutal alphabet of death and mayhem exacted upon animals by ignorant humans. 30 CGI animals were meticulously crafted and killed by a team of 44 students at Media Design School.

James Cunninghamstarted as an animator/director while completing his Masters degree at Elam School of Fine Arts. His third film, Infection, competed at Cannes 2000, Sundance 2001 and dozens of other international film festivals and started off two key paths in his career as a director and visual effects artist and supervisor. In 2009, he took time out to make his second NZFC-funded short film, Poppy, a 10-minute CGI motion-captured WWI drama about a man finding salvation in the midst of hell. This film took out the top prize at SIGGRAPH Asia 2010. Since then, Cunningham has been teaching at New Zealand’s top institution for animation and visual effects, Media Design School, where he first met filmmaking partner Oliver Hilbert.

The phenomenon “hysterical strength” is a display of extreme strength by humans, beyond what is believed to be normal, usually occurring when people are in life and death situations. We witness a mother giving birth to her child and follow her journey on a more metaphorical level.

Born 1988 in Tübingen, Martin Lapp studied at the Merz Akademie Stuttgart and later switched to the Filmakademie Ludwigsburg to study animation with a focus on visual effects. During his studies, he worked as a VFX artist as well as an on set VFX supervisor for professional films and advertisement projects. He was a CG artist on several commercials and feature films at Method Studios in Los Angeles. He won the Visual Effects Society Award for his film Rugbybugs and was chosen “Student of the Year, Runner Up” at the annual Autodesk Student Awards. In 2015, he received a scholarship from Sony (Imageworks Professional Academic Excellence) and graduated with his diploma project BreakingPoint in 2016. He was selected “Student of the Year” again at “The Rookies” (formerly the Autodesk Student Awards) and currently works at Trixter Film in Munich as an FX Artist on Guardians of the Galaxy 2. 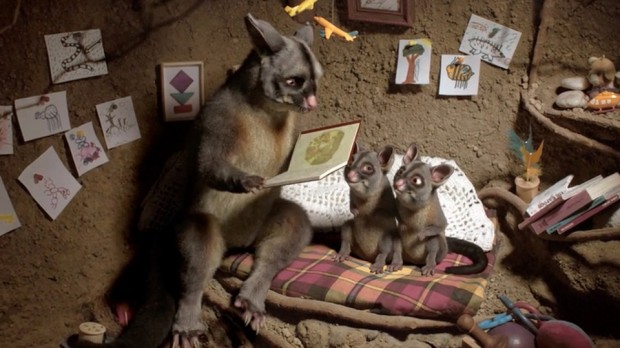