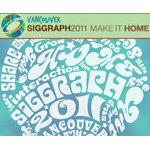 The SIGGRAPH Computer Animation Festival has announced its interactive sessions spotlighting some of the most innovative talent and projects in animation and visual effects.

“Once again, the content in the Computer Animation Festival offers something of interest to just about everyone – from industry newbies to veterans,” said Joshua Grow, Computer Animation Festival Director from The Creative-Cartel. “The content ranges from commercials to gaming. It is truly the year’s unique opportunity to hear directly from the best in the business. It should prove to be educational and inspirational.”

Listed below are just a few of the learning opportunities during the Computer Animation Festival:

The Visual Effects of Thor and Captain America: So Different Yet So Marvel

La Luna is the timeless fable of a young boy who is coming of age in the most peculiar of circumstances. Tonight is the very first time his Papa and Grandpa are taking him to work. In an old wooden boat, they row far out to sea, and with no land in sight, they stop and wait. A big surprise awaits the little boy as he discovers his family’s most unusual line of work. Should he follow the example of his Papa, or his Grandpa? Will he be able to find his own way in the midst of their conflicting opinions and timeworn traditions? Following the Canadian premiere screening of La Luna, its director, Enrico Casarosa, discusses the journey that led him to create this very personal short and demonstrates the singularly artistic style by which the film was crafted.

DreamWorks Animation: The Yin and Yang of Creating the Final Battle in Kung Fu Panda 2

The climax of the CG-animated movie Kung Fu Panda 2 is an epic battle featuring a flotilla of boats, an ancient Chinese-styled city, thousands of wolves armed for battle, action featuring hundreds of characters in a single shot, stylized graphic lighting, fantastical cannon fire and explosions, and a set of effects-supported Kung Fu moves. This talk provides a unique insight into the making of a CG-animated movie that goes beyond the traditional idealized concept of the pipeline.

This in-depth discussion focuses on the production of Industrial Light & Magic’s first animated feature Rango. ILM’s unique approach to the genre brings a new dimension to the animated feature, giving Rango the visceral quality that the company is best known for in its visual effects work. The presenters review all aspects of the work from initial asset development through animation, simulation, lighting, and compositing.

Imageworks: The Smurf-alution: A Half-Century of Character Development

Sony Pictures Imageworks animation supervisor Troy Saliba and leading members of their Vancouver animation team take the Smurfs from the most primitive pencil sketch to a contemporary 3D stereo rendering.

The Industrial Light & Magic team delves into the effects created for three of 2011’s largest summer films, dissecting the challenges and revealing their solutions. The panel breaks down the visual effects challenges presented on this year’s slate of films including: Cowboys & Aliens, Pirates of the Caribbean: On Stranger Tides and Transformers: Dark of the Moon.

This talk details various aspects of designing and developing videogames at Guerrilla. It highlights methods that are very similar to methods used in the CGI industry, and it illuminates some of the most important differences. And it covers the complete breadth of videogame development from artistic design to production pipelines and tool and engine development.

This program showcases the latest trends and best techniques for pushing the boundaries of interactive visuals in video games and real-time simulations. To help emphasize the difference between these works and pre-rendered works, real-time pieces are demonstrated live on their actual platforms without any post-production. Each live presentation lasts less than five minutes in a fast-paced, 45-minute show of diverse and aesthetically stimulating work. SIGGRAPH 2011 Real-Time Live! highlights include:

Chrysaora is a real-time jellyfish simulation created entirely with web technologies such as JavaScript, WebGL, WebSockets, and CSS. It uses realistic rendering and simulation techniques similar to those used in modern 3D video games, but it can run in an internet browser on any operating system.

Using Geomerics Enlighten technology, this demo shows how dynamic real-time lighting enhances game play and visual quality in computer games. Enlighten is a cross-platform, real-time radiosity solution that can generate bounce lighting for a game level in a fraction of a frame.

This interactive medical visualization system is based on two hand-held tracked controllers that directly control the position and orientation of two 3D cursors. Button presses enable direct manipulation of space with either or both hands, resulting in intuitive manipulation of the viewpoint. You can place yourself anywhere at any orientation and at any scale with just a few simple gestures.

The Computer Animation Festival also features an entire day highlighting the enormously popular growth of 3D in movies, including an introduction to 3D by 3ality and an excerpt from Disney’s Lion King in 3D.