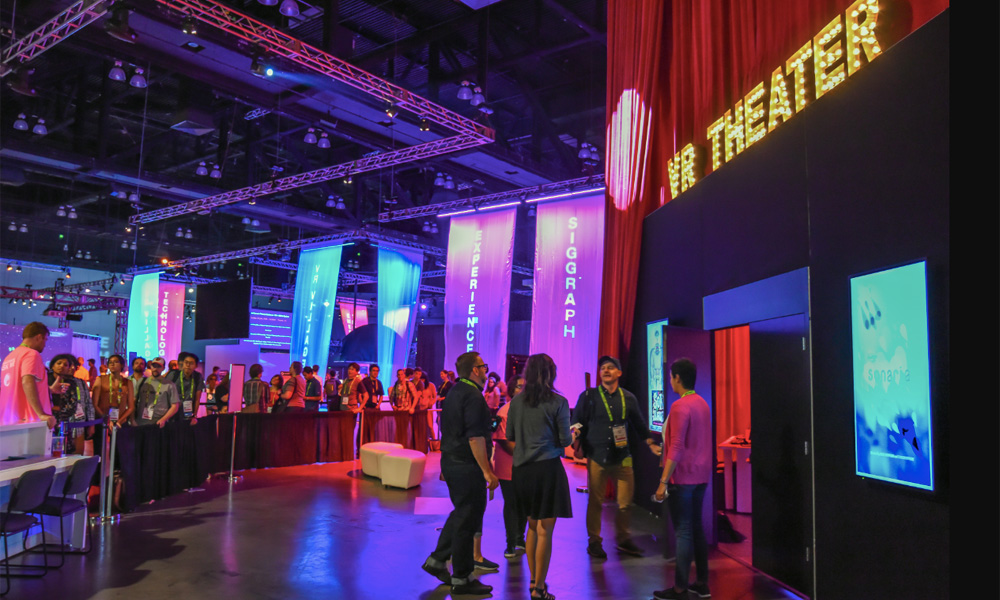 ***This article originally appeared in the August ‘18 issue of Animation Magazine (No. 282)***

With advances in technologies coming at us from every direction each day, it’s easy to feel a bit lost and overwhelmed. That’s why it’s wonderful to have all the latest innovations and the people behind them under one roof each year at the CG/interactive tech confab known as SIGGRAPH. This year’s edition, held at the Vancouver Convention Centre (Aug. 12-16), features all the amazing components we have grown to love through the years: the art gallery and papers, the “Birds of a Feather” graphics-related discussions, business symposium, Computer Animation Festival, courses, emerging technologies, games, job fair, panels and production sessions, and the super cool VR, AR and MR offerings. No matter what your specific interests are, we know you’ll find plenty of inspiration and mind-blowing moments. 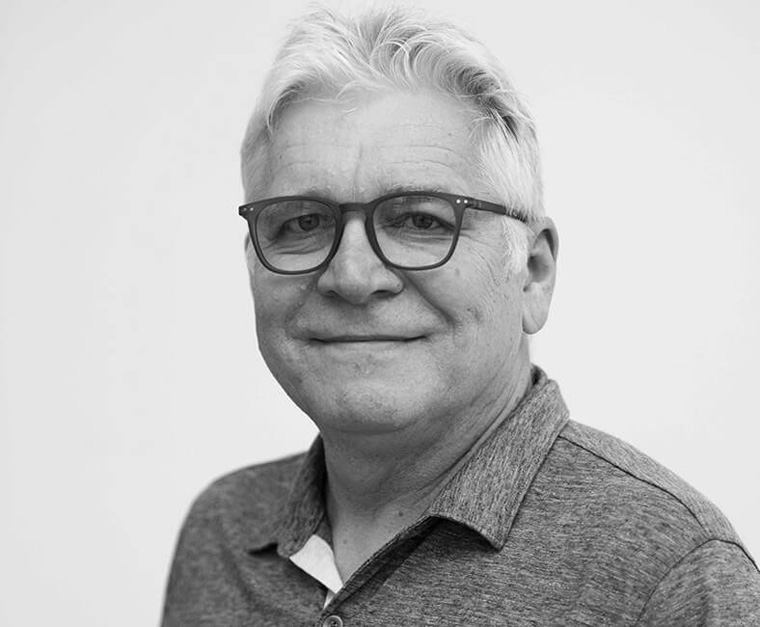 “Our jury was great at putting together a spectrum of films that ranged from photorealistic to stylized and fantasy films,” he notes. “We have the latest shorts from DreamWorks and Pixar (Bilby and Bao), as well as five students pieces from France and the U.S.”

Bafia, an animation professional who has worked at Will Vinton Studios, PDI/DreamWorks and Warner Bros. and teaches at The Centre for Digital Media, says he and his team were quite impressed with the high level of game cinematics coming through. “The new Hearthstone from Blizzard and Blur Studio’s Far Cry 5: Pastor Jerome Jeffries are represented well. The cinematic for Ubisoft’s Beyond Good and Evil 2 was a lot of fun, too.”

He points out that there is an abundance of interesting looking work done with real-time technology. “We are showing Episode 2 of Adam by Oats Studios, which is made in real time by Unity,” says Bafia. “The interactive demo for Unity’s Book of the Dead is also featured.” 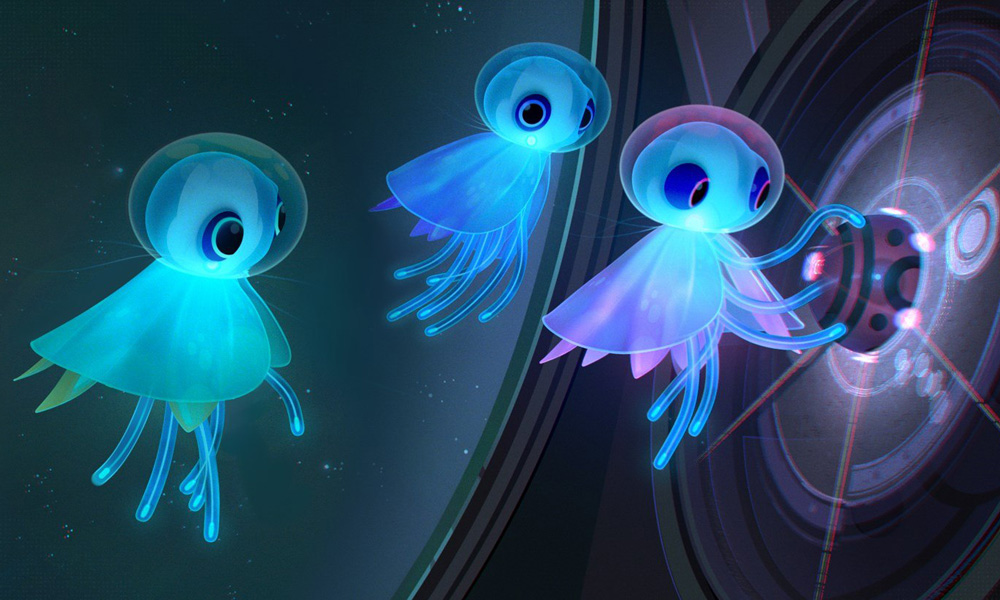 The 2018 edition of the animation festival also includes several pieces focusing on scientific matters. “There’s a scientific simulation done by NASA offering a multiple-angle of a hurricane, as well as a Canadian piece about the geometry of artificial intelligent. Poland’s Platige Image has a great piece which is the deconstruction of a painting. Toronto-based studio Guru’s short Space Between Stars is also quite visually impressive.” (Guru’s short is directed by in-house artist Samuel W. Bradley and follows a group of ethereal creatures exploring a vast and unsettling derelict space station.)

Another highlight is the French short 1 Mètre/Heure (One Meter Per Hour) by Nicolas Deveaux. The short, which debuted at the Cannes Festival earlier this year, is a photorealistic piece capturing the performances of a troupe of snails delivering a magnificently choreographed ballet on the wing of an Air France jetliner.

Looking back at the 25 projects selected for the festival, Bafia says it was a very competitive year. “The jury had to make some tough decisions on the final day,” he notes. “I also didn’t tell the jury which projects were student films and which were professional ones. We had 425 films submitted, so it was a big task. It all came down to performance and sensitivity to storytelling and strength of narrative.”

Overall, Bafia says he sees more work being done using Blender and Unity all over the place. “Great CG animation is being produced everywhere,” he notes. “It’s wonderful to see fresh work using animation as a universal language. We see films from Asia, North America, South America, Europe … I believe we have shorts from 12 different countries represented. What it all boils down to is that it’s more about the talent that the tools.” 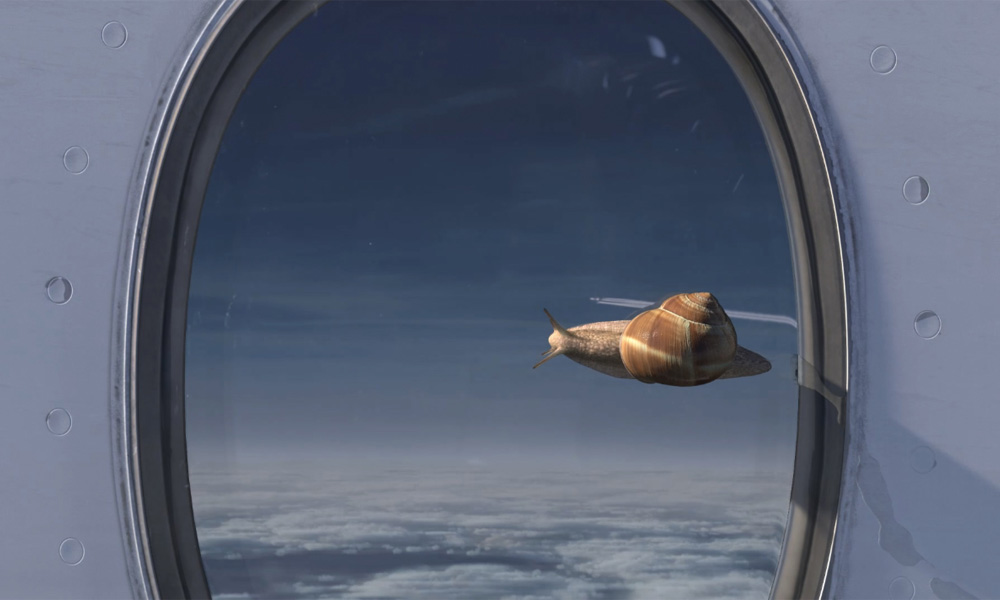 If you thought last year’s VR and AR offerings at SIGGRAPH L.A were amazing, wait until you see that program chair Pol Jeremias and his team have planned for the Vancouver edition. “We are making a big investment in augmented, virtual and mixed reality this year, and part of my job as the director of the VR program is to rethink how we can best show the projects,” says Jeremias, who is lead graphics software engineer at Pixar. “That’s why we have created an immersive pavilion, which is a whole space dedicated to immersive technologies. Aside from the VR Theater, we all have a new space we call the ‘VRcade,’ which houses 10 interactive pods.”

In addition, installations showcasing VR and AR projects and research being done in those areas are showcased in the VR Village area. “We saw how augmented reality can help you design your living room, or perhaps put you inside the space station.. It’s a really large space, and we will have more than 20 booths showcasing the latest VR and AR technologies,” says Jeremias. “We have also curated a museum of VR, where attendees can see old headsets created for the technology and experience the evolution of the medium through the years.” 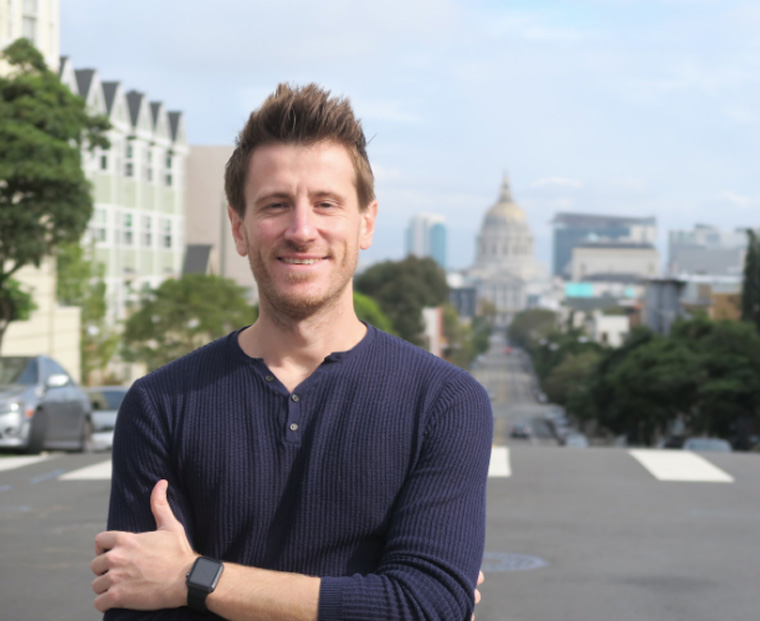 The VR Theater will present two different programs each day of the conference, each running 45 minutes in length. One program includes five VR presentations, the other program presents four projects. Two 20-minute VR shorts will be presented: Space Explorers by Felix & Paul Studios, and Arden’s Wake – Expanded from Penrose Studios. Also featured within the VR Theater will be a live-action, sci-fi themed project called Trinity and a student-produced piece entitled Bluebird from Savannah College of Art and Design. This year, for the first time, a number of kiosks, located just outside of the VR Theater, will be available to attendees to view short VR content.

Jeremias says he is very excited about the wealth of projects showcased in the VR theater this year. He mentions Jeff Gipson’s Cycles, billed as the first major VR project from Walt Disney Animation Studio, which explores the true meaning of creating a home and the life it holds inside its walls; and the new chapter in Baobab Studio’s Crow: The Legend (directed by DreamWork veteran Eric Darnell), about the Native American folk tale legend who helps bring back light and warmth back to the world. Also featured is Google’s Welcome to the Light Fields, which allows users to experience realistic reflections and translucence as they visit the Gamble House, Mosaic Tile House and the Space Shuttle Discovery. Also on the do-not-miss list is Peter Billington’s acclaimed Wolves in the Walls, an adaptation of Neil Gaiman’s story which casts the viewer as the eight-year-old heroine’s companion. 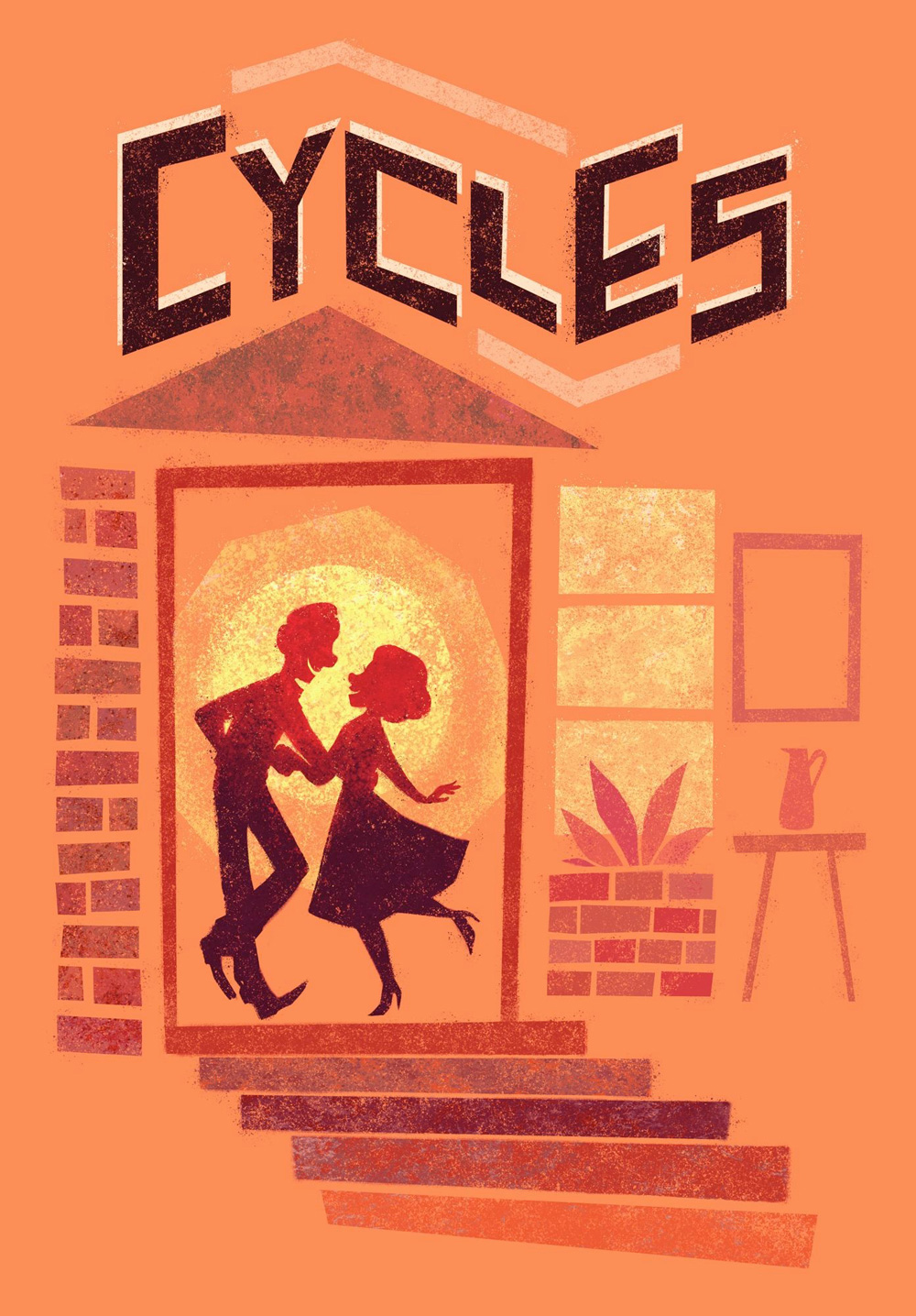 “We see VR being used to tell very interesting stories, narratives exploring what it means to be homeless, or stories about the LGBTQ experience,” he adds. “There is a great project about Martin Luther King [Jr.]. And there’s a piece made with Google Tilt Brush called Show of Kindness.”

Looking at the big picture, Jeremias says he is very excited to see how VR is changing the way artists are creating animation. “Tools like Tilt Brush or Quill that allow us to do quick stories are really making an impact, even if it ends up on the 2D screen, you have this sense of scale in VR. As we get more human and have better experiences interacting with virtual worlds, the tools get more intuitive and allow us to make 2D films faster and more efficiently.”

He also points out that VR adds a very personal dimension to the art of storytelling. “The fact that you not just a passive member of the audience changes everything. If you look at the history of cinema, during its early years, it was just recorded theater, but then it developed its own language and filmmakers were able to take full advantage of its dimensions and capabilities. The same is true for the VR medium. We are still in the early days of the medium and haven’t taken full advantage of its possibilities.” 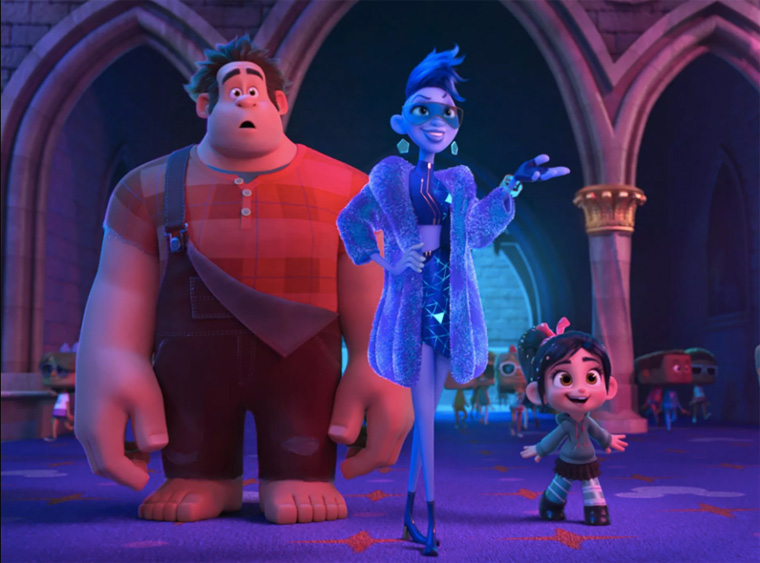 More of this year’s highlights include: