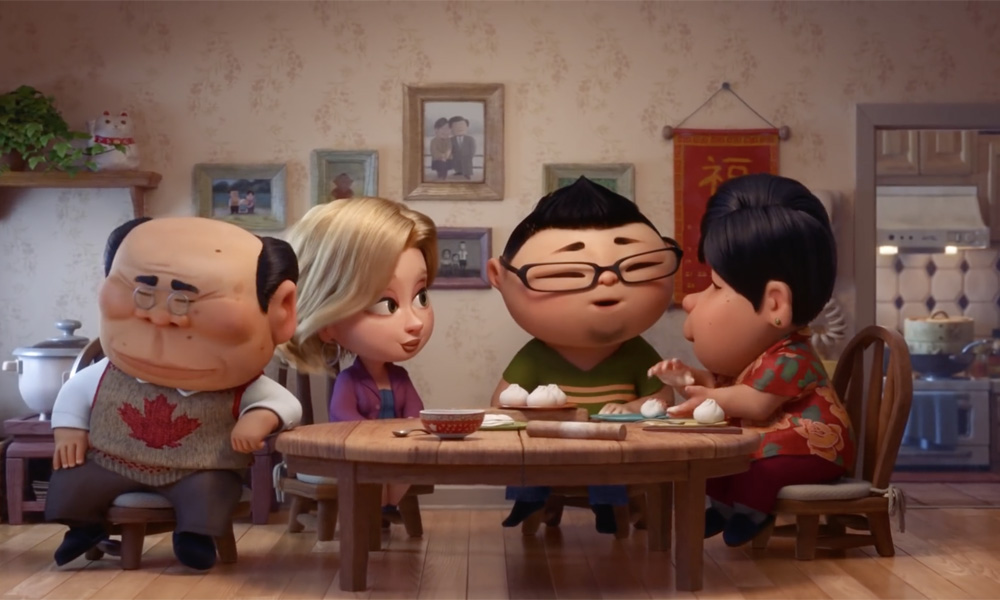 BAO – U.S.A. (Winner of 2019 Oscar) – Director: DOMEE SHI
In Disney•Pixar’s Bao, an aging Chinese mom suffering from empty nest syndrome gets another chance at motherhood when one of her dumpling’s springs to life as a lively, giggly dumpling boy. Mom excitedly welcomes this new bundle of joy into her life, but Dumpling starts growing up fast, and Mom must come to the bittersweet revelation that nothing stays cute and small forever. This short film from Pixar Animation Studios and director Domee Shi explores the ups and downs of the parent-child relationship through the colorful, rich and tasty lens of the Chinese immigrant community in Canada.

LATE AFTERNOON – Ireland – Director: LOUISE BAGNALL
Emily is an elderly woman who lives between two states, the past and the present. She journeys into an inner world, reliving moments from her life. She searches for a connection within her vivid, but fragmented memories.

ONE SMALL STEP – U.S.A./China – Directors: ANDREW CHESWORTH and BOBBY PONTILLAS
Luna is a vibrant young Chinese-American girl who dreams of becoming an astronaut. From the day she witnesses a rocket launching into space on TV, Luna is driven to reach for the stars. In the big city, Luna lives with her loving father Chu, who supports her with a humble shoe repair business he runs out of his garage. As Luna grows up, she enters college, facing adversity of all kinds in pursuit of her dreams

WEEKENDS – U.S.A. – Director: TREVOR JIMENEZ
Weekends is the story of a young boy shuffling between the homes of his recently divorced parents. Surreal dream-like moments mix with the domestic realities of a broken up family in this hand-animated film set in 1980s Toronto.

Tribute to a Legend:

Ferenc Rofusz is an internationally recognized artist who has been distinguished with numerous international awards for his accomplishments in the field of animation, including the 1981 Oscar for writing, directing and producing the animated short film, The Fly.

Born in Budapest, Hungary in 1946, he began his career in animation as an assistant director in 1968 at Pannonia Studiost, and by 1984 he had the position of animation director. In 1984 he left for West Germany, where he designed several animated TV series. In 1988, Rofusz moved to Canada where he worked for Nelvana in Toronto. In 1990, he established his own animation company: He is the founder and the Creative Director of Super Fly Films Inc., which has produced more than 60 commercials and several animation projects to date, using both traditional and computer / digital animation techniques.

He moved back to Budapest in 2001 since then he made several award-winning animated series, commercials, etc. In 2011 In 2018, he completed the Az utolsó vacsora (“The Last Supper”), an unconventional animated painting-film, exploring the director’s admiration for this Leonardo da Vinci ancient, yet eternally divine masterpiece.

Rofusz’s achievements were recognized by the Hungarian government with the prestigious Kossuth Prize. More recently, he received the “Artist of the Nation” title in November 2018.

“The essence of our studio is the story. The story and its heroes who tell it. Making each animated movie has taught us patience, forcing us to look for new ways to give our ideas an adequate form. We realize that every detail of animation is very important, and we try to lead students towards the most functional result.

“The animation is a game packed with a fantasy that should not only be entertaining to the viewer but also, to its author. However, it is necessary that students become accustomed to the fundamental principles of film-making. Because even imagination needs order. Based on it, ideas can then be built, and own stories revived.
“We focus on the craft of animation and the necessary attributes of the production process. For us is important the student’s ability to work with others, to be a part of the team, however his individuality and specialization, too.

“Our department is in a small town with a strong tradition of animation. In Zlin was created movies for example by Karel Zeman. Now we try to look to the future and prepare our students not only for their way of authorship but for work inside the large animation industry too.”

RSVP to this free event by emailing rsvpanim@gmail.com. 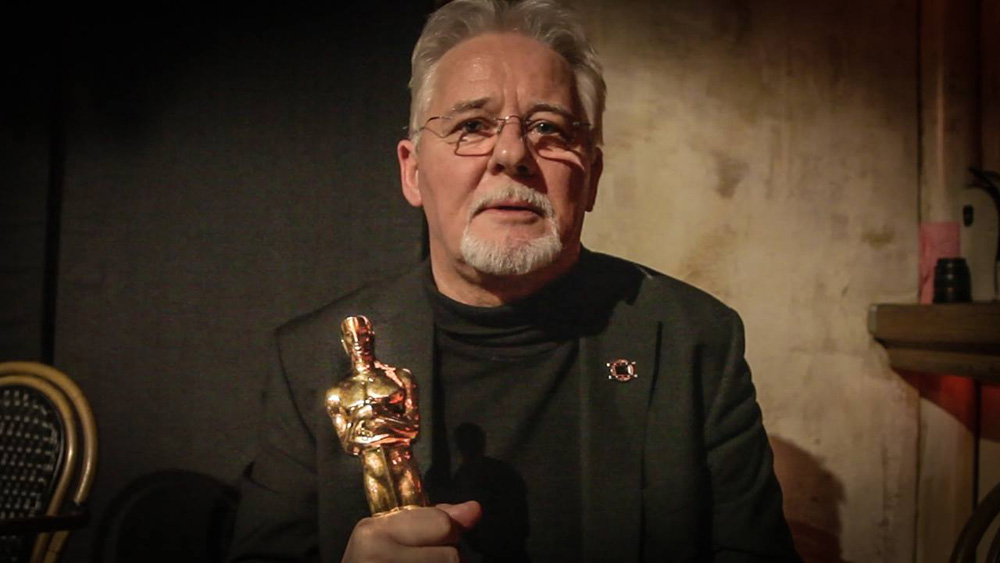 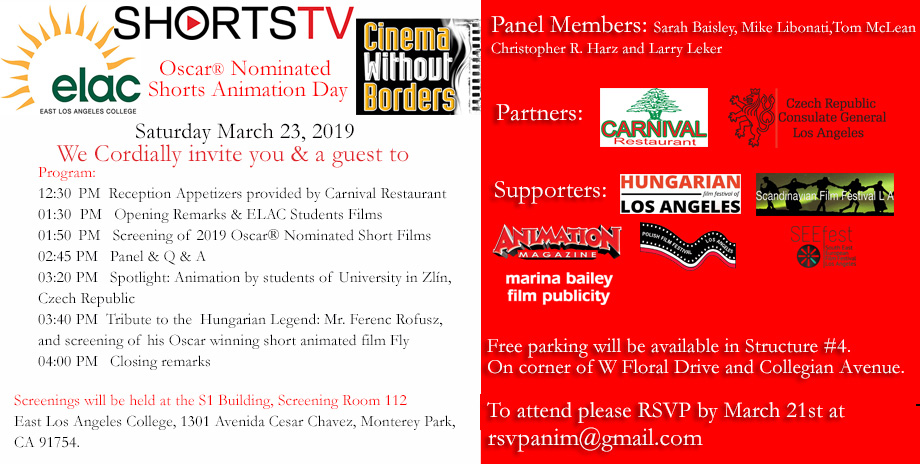