The 2012 edition of the Annecy Festival puts an amazingly diverse and creative range of animated shorts from all over the world in the spotlight.

Animated short film submissions poured in by the thousands to Annecy for the 2012 festival, which runs from June 4-9. Though just 49 shorts were selected for competition, they represent 27 countries and display a dazzling array of themes and techniques.

“I was really surprised by the diversity and the mixed media processes that were utilized on the short films this year,” notes Joe Aguilar, producer of DreamWorks’ Oscar-nominated feature Puss in Boots, who’s judging the category alongside Singaporean director Eric Khoo and Irish producer Darragh O’Connell. 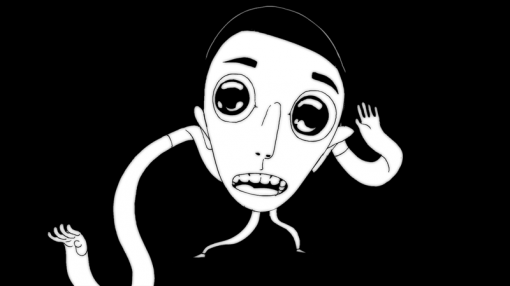 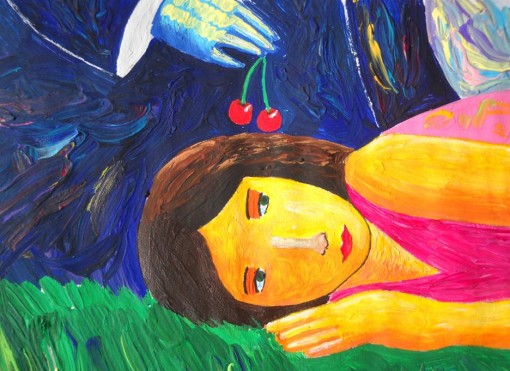 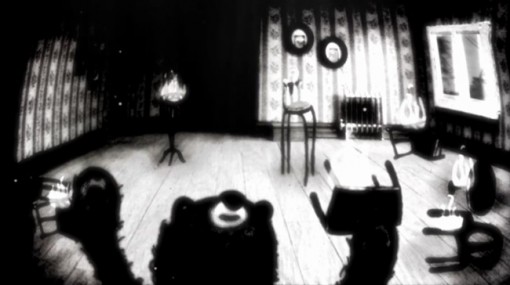 Whether it’s in the line-drawn wit of Alexander Gellner’s One Minute Puberty, the painterly dreamscapes of Julia Gromskaya’s Fiumana or the mash-ups of Stephen Irwin’s Moxie, these shorts reveal singular visions—and often reflect a necessity-is-the-mother-of-invention creativity.

As Aguilar observes about many shorts, “If you’re limited in how you can make your film, you become much more creative. You have to figure out how to tell your story in ways that aren’t conventional, because you can’t afford it. It forces you to be more stylized, and not just rely on tools. By doing something different, you stand the possibility of standing out.”

That certainly describes what happened to British director Emma Burch in making her cut-out animated short Being Bradford Dillman. Burch had an unconventional tale—about a girl whose inebriated mother tells her she’d been born a boy. The filmmaker hoped to use puppet animation, but that was too expensive, as was CG. Then Burch and her collaborator, illustrator Pete Williamson, saw the cut-out animation of Daniella Orsini.

“It was a perfect way to stick with Pete’s illustrations,” explains Burch. “We just printed them and supplied Daniella with the different elements that she needed to make the characters move.” 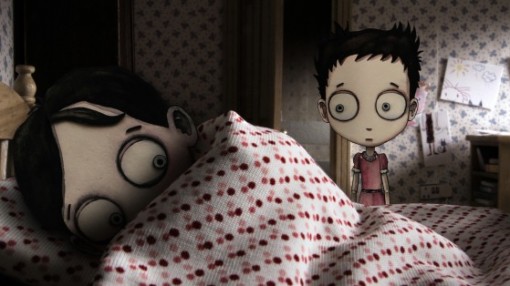 For months, the filmmakers toiled in the basement of a hairdresser’s shop, which was all they could afford.

“Poor Daniella barely saw daylight,” admits Burch, who was also working a full-time job. Their cut-out animation was shot against green-screen and composited in Adobe After Effects against photographed backgrounds. Those sets contained doll furniture Burch found on eBay. “That furniture created huge headaches for the cameraman, because he had to light things at 12th scale.” The film was finished 10 long years after Burch conceived her original idea, yet she and Williamson still hope to take these characters further—into a feature film. “Even,” vows Burch, “if it takes me another 10 years!”

“Annecy is right up there behind the Oscars and Cannes and Sundance,” believes the American 2D animator Bill Plympton, who has twice won the festival’s Grand Prix for his animated features, and has the short Waiting for Her Sailor in competition this year. But the indie-minded veteran particularly values Annecy for the opportunity it gives filmmakers to meet potential distributors, and he asserts that the market for short films continues to grow. “Annecy is a huge market festival. MIFA (the International Animation Film Market) is a really important aspect of Annecy because all the big European, Asian and North American buyers are there, looking for product.” 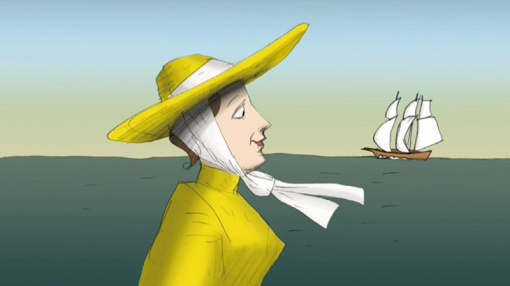 Waiting for Her Sailor

Highlighting this optimism, Plympton will be introducing his new book at the festival, Make Toons That Sell Without Selling Out (Focal Press).

“There are so many opportunities to make a living in animation,” he believes. “You have games, commercials and the Internet. Animation seems to be the rock music of this decade. People are just dying to get into it.”

While Plympton doesn’t exploit the Internet himself for major exposure of his films (out of piracy concerns), his friend PES does. In fact Fresh Guacamole, the latest film by American stop-motion animator PES (a.k.a. Adam Pesapane) is a viral web hit—funded by Showtime Shorts—as well as being an official selection at Annecy. In making Fresh Guacamole, PES used grenades as stand-ins for avocados, Christmas lights for jalapeno peppers and actual dice for “diced” onion. Then he topped off his guacamole with casino chips. PES shot it himself and edited it in Apple’s Final Cut.

“It’s deeply personal,” he says. “Those are my hands in the film.” 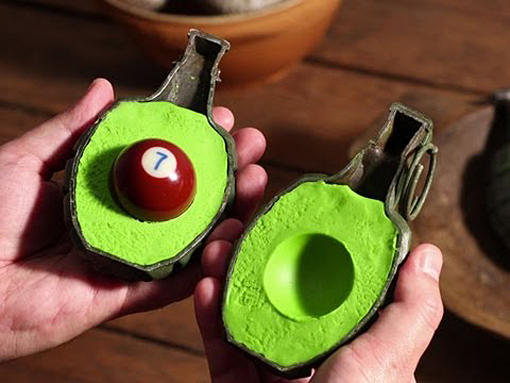 PES’ career arc is a modern example of how to parlay short film skills into broader success.

“My business model has been that I make my short films, and then I get hired to direct commercials that sometimes benefit from my skills in this arena. So it’s a double life: as an original content creator and as a commercial director. But the middle ground—which has taken about 10 years to develop—is having clients hire me to make what I want. Then I give them the right to license it for a certain period, like with Showtime Shorts.”

He adds, “Fresh Guacamole has gotten five million hits in two months. All those people come into these channels to see this content. It has real value.” PES also notes filmmakers can get direct payments from web showings via YouTube’s Partner Program. “Ad revenues generated around a film allows people like myself to make money when people see your film. It definitely works.”

PES is now developing a feature for ex-Disney chief Michael Eisner based on the popular Garbage Pail Kids franchise, confirming the perennial hope of animators that short films can garner Hollywood attention. Certainly DreamWorks’ Joe Aguilar will be on the lookout during the festival for talent to recruit.

Having been instrumental in setting up DreamWorks’ operations in India, Aguilar says, “I might find someone we’d want to bring on board.”

Even the countless animators whose films failed to make the cut for the competition will be drawn to Annecy—many of them to an “alt festival” that Plympton calls (with French accent) Annecy Plus.

“Annecy can’t show all the films that get submitted. This alt-festival lets filmmakers who weren’t selected let off steam,” says Plympton, who organized it several years ago with Blend Films’ animator Patrick Smith.

“It’s become a tradition,” Plympton adds. “People send me films unsolicited, and we put together a good program that’s free to the public. I’ll be showing a film of mine that hasn’t been seen yet called Tiffany the Whale. We hold the festival at a bar and it’s boisterous, so we have films that are three- or four-minutes long and not particularly subtle!”

Timing actually is everything when it comes to making successful shorts, believes PES.

“A lot of people who make short films aren’t harsh enough on themselves. It’s not uncommon to see two-minute films that are two minutes too long! One of the skills you need is to know the length of your ideas. When my film Roof Sex showed at Annecy in 2002, it was almost preposterous that there was a one-minute film in a program filled with 10- and 20-minute films. Some people thought it was silly.” (Of course, Roof Sex won the prize for Best First Film, and PES took home Annecy’s Audience Award in 2009 with Western Spaghetti.)

It will be interesting to see which Annecy shorts this year reflect PES’ belief that the best films are re-watchable.

As he wisely sums up the challenge, “It’s always better to have your audience discover things on repeated viewings, or to leave them wanting more.”

For more info about the Annecy Festival lineup, visit www.annecy.org.

A Hot VFX Summer Sampler
Tapping in to The Grid