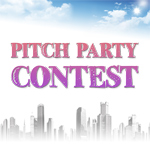 One of the many amazing things about animation is the way in which it sparks the imagination. Once you turn on the faucet of ideas, it’s almost impossible to stop the flow and even harder to contain your excitement when you hit on an idea you really like.

But turning those great ideas into shows is a difficult and often mysterious process, requiring constant honing of the pitch and the opportunity to put it front of the eyes of the people who have the power to make an idea for a show into reality.

That’s why we at Animation Magazine are proud to offer the 13th annual edition of our unique Pitch Party. The contest is an extremely targeted ad campaign designed to help indie and up-and-coming artists present their ideas to a panel of industry professionals — as well as all the magazine’s readers. As a bonus, the new issue in which the ads are featured — Issue 242, out this week! — will be widely distributed at Comic-Con International: San Diego, giving our contestants a potentially huge audience for their pitches. 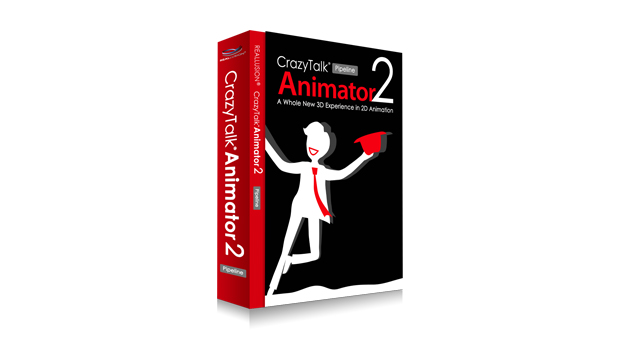 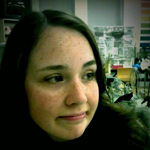 The judges’ top pick this year is Fuse, a pitch from Canadian student Shelby Christie of Moncton, New Brunswick.

Christie, an animation student at New Brunswick Community College, says she always watched cartoons but developed a huge interest in art and animation watching her younger brother as he grew up. Her favorites included an early 1990s Canadian series called The Legend of White Fang and Sailor Moon. Her interest in art led her to major in animation and to come up with the idea for Fuse.

Her younger brother also inspired her pitch, about a boy named Elliott who lives about 100 or so years in the future in a kind of junkyard with his aunt. He’s skilled at building things but also a little scatterbrained.

This all plays out during a sort of planetary civil war between advocates of using technology to the max and those who prefer letting the Earth revert to a more natural state.

“I just really wanted to take this character who wasn’t used to having a lot of responsibility and throwing him into a situation that would really test him,” says Christie.

She gave Elliott two brothers to add some dynamics to the show.

As the winner of the Pitch Party Contest, Christie will have the chance to pitch her show directly to the judge of her choosing, as well as a digital subscription to Animation Magazine. 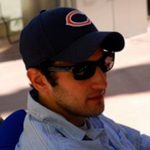 In the anime-influenced world of Jon Jamison’s feature-film concept Aero, a boy goes on a journey to come to terms with the destruction of his family by a supernatural tornado, created by ancient gods. Along the way, he discovers new powers and faces a choice that will determine the fate of the world. The self-taught animator, who currently works as a visual-effects compositor, says he has loved animation from a very young age and lists Hayao Miyazaki, Shinichiro Watanabe and Walt Disney among his heroes.

“I’ve watched anime my entire life and always wanted to watch an animated film that everyone can relate to,” Jamison says. “Tragedy and triumph are things anyone can understand, and that is exactly what Aero represents.” In five years, Jamison says he sees himself celebrating the success of Aero and moving forward on new films. “Animation is universal and can cross cultures and language barriers,” he says. “I respect traditional animators greatly because it takes a lifetime of dedication to master the art.” 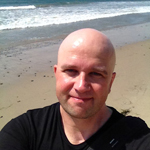 Our judges’ third-place pick is the action-comedy Jolly Space Raider from Klas Jonsson, who runs a small company called Protoon.

Jonsson is originally from Sweden and has been working for more than 20 years as a visual-effects artist, postproduction supervisor, visual-effects supervisor and animator, mostly for television projects both in the United States and in Europe.

“Jolly Space Raider is a labor of love,” says Jonsson. “It started as a hobby and grew from there.”

The pitch centers around a teenage space pirate named Jolly. Set in a future where space travel is common, the story is set in the asteroid belt between Mars and Jupiter. When large ships run into trouble, the raiders are there to scavenge the wreckage.

“Jolly is one of them, and she’s a small girl and very full of herself, and she’s usually taking on people who are twice her size,” says Jonsson.

The tone is less hard science fiction and more of an action-comedy series.

The Jonsson says he’s developed the pitch to be scalable to everything from a web series to a feature film and he’s working mostly by himself on making a three- to five-minute episode as a pilot.

He does all of this between paying gigs and flying frequently back and forth from Los Angeles to Sweden — a long commute, he admits, but worth it.

Our judges and their top picks

And while the Pitch Party may have wrapped for 2014, it’s never too late to start honing your ideas for next year’s edition. Who knows? Maybe your show will be transformed from an idea to reality.

Congratulations to all of our entrants and winners!