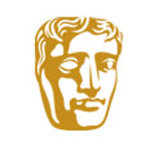 Shaun the Sheep, Pixar’s Up and The Penguins of Madagascar are among the animated programs that took home honors Sunday at the BAFTA Children’s Awards in London.

Aardman’s Shaun the Sheep won the animation category, beating out Doctor Who: Dreamland, Horrid Henry and OOglies for the honor.

Up won the feature film prize, beating out Fantastic Mr. Fox, Toy Story 3 and Nanny McPhee and the Big Bang.

The Penguins of Madagascar won the International prize, beating out SpongeBob SquarePants, Phineas and Ferb and Dirtgirlworld.

The full list of winners can be found here.

You may also like...
Related Topics:Aardman, Children's BAFTAs, DreamWorks, Penguins of Madagascar, Pixar, Shaun the Sheep, Up