Miss anything? Check out previous rundowns here and here.

WB Releases Second ‘Ninjago’ Trailer
If you’re a fan of brickified animation, awesome robot-piloting ninja action, improbable villains and just a touch of romance, then the new The LEGO Ninjago Movie trailer will really knock your block off! Learn more about La-loyd’s struggles with his peculiar parentage and see where the true threat lies in the next LEGO adventure when you scroll down. In theaters September 22.

Darkwing Duck Confirmed for ‘DuckTales’ Reboot
Fans of both duck-iverses have something big to quack about as the Disney XD series panel revealed the masked mallard will be visiting Duckburg for the first time, where he’ll reconnect with crossover characters Launchpad and Gizmoduck. It’s unclear when DW will appear, but there is a new clip to help fans wait it out til the one-hour series premiere on August 12. Let’s get dangerous!

TBS Unveils Trio of Original Toons
Panel-goers were the first to get a look at the original animation lineup making its way to TBS for the 2017-2018 season. J.G. Quintel (Regular Show) gave a peek at his coming-of-middle-age comedy Close Enough; Olan Rogers and David Sacks introduced Gary and Mooncake of Final Space; and Carson Mell revealed the odd goings-on of Tarantula (scroll down for clips!) American Dad! co-creator and EP Matt Witzman was on hand with a teaser — new episodes begin July 24.

DC Expands Original Animated Movies Universe
Warner Bros. Animation, DC Ent. and Warner Bros. Home Ent. made the most of the premiere of Batman and Harley Quinn (PS, don’t miss the Fathom Event screening this Friday) to announce the upcoming animated movies lineup. As previously revealed, first up is Batman: Gotham by Gaslight, followed in spring 2018 by Suicide Squad: Hell to Pay (original story) and the first of a two-movie treatment of Death of Superman to round out 2018 (drawing on the same material as Superman Doomsday) — the second part will arrive in early 2019 in Reign of the Supermen, with all kinds of alternates mixing it up in the Man of Steel’s absence.

NEED MORE TRAILERS?!
Melt your dang eyeballs out of your head with the onslaught of live-action film and TV teases unleashed this weekend — some of them, anyway (in alphabetical order): Bright, The Defenders, The Gifted, Justice League, Kingsman: The Golden Circle, The Orville, Ready Player One, Star Trek: Discovery, Stargate: Origins, Stranger Things S2, Thor: Ragnarok, The Walking Dead S8, Westworld S2 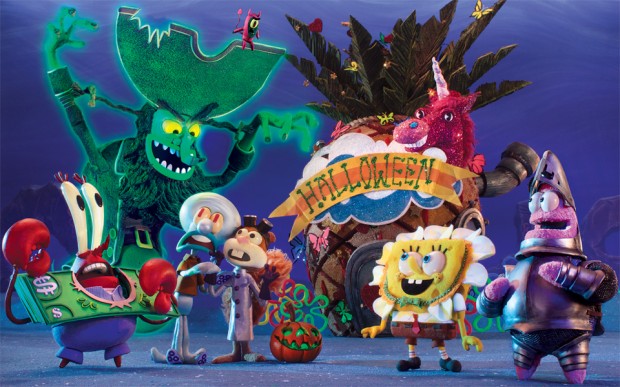