Next month, the first ever Women in Animation World Summit will be held in conjunction with the Annecy International Festival and MIFA. Presented by Women in Animation and Les Femmes s’Animent, with The Walt Disney Studios, the Centre National du Cinéma et de l’Image Animée, the Société des Auteurs et Compositeurs Dramatiques and Hiventy, the day-long event will welcome industry luminaries to share their knowledge and experiences on Monday, June 12 at the Impérial Palace Hotel.

“We are honored to co-host the first Women in Animation World Summit at Annecy, with MIFA’s continued support of our advocacy,” said WIA co-President Marge Dean. “Our big focus for this year is on recognizing and understanding unconscious bias, an achievement which will help everyone work together towards WIA’s goal of bringing equity to creative leadership in our industry by 2025.”

The symposium was partly born out of Annecy’s 2015 event theme honoring women in animation, in which WIA played a key role. This first step has evolved through two years of collaboration with WIA and LFA, according to CITIA Managing Director Michael Marin, Head of Economic Development and MIFA.

“During MIFA 2014, we invited Marge Dean and other women from WIA to present their work promoting women in the animation industry. This inspired a group of women in France to launch a sister organization in 2015, Les Femmes s’Animent,” said LFA President, Corinne Kouper. She added that this year’s summit will be complimented by a series of breakfast meetings throughout Annecy. “We look forward to welcoming everyone interested in our joint efforts.”

10:30 a.m. – 12:00 p.m. – 50/50 by 2025 – How Are We Getting There?: Lindsay Nadler (Director, Human Resources, Walt Disney Animation Studios) will lead a discussion with top industry filmmakers and executives such as Jinko Gotoh (Producer, Warner Animation Group and WIA Secretary), Alison Mann (Vice President of Talent, Illumination Entertainment), Corinne Kouper (Director of Development of TeamTO and president, Les Femmes s’Animent) and Lindsay Watson (Animation Producer, CANUK Productions Ltd. and president, Animated Women UK) on how to reach WIA’s goal of 50/50 gender balance in creative leadership roles within the animation industry by 2025. 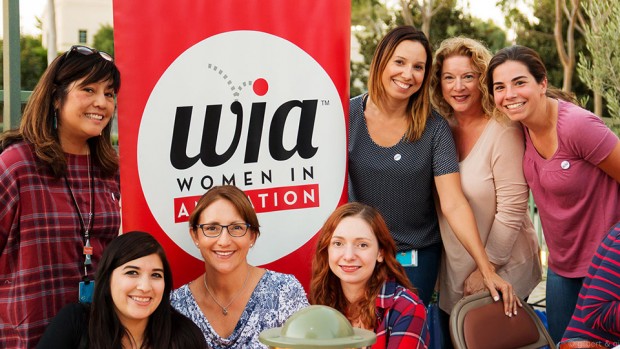