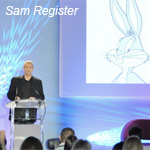 Sam Register, exec VP of Creative affairs at Warner Bros., closed the MIP Junior market on Sunday (Oct. 2) with a dynamic look at new shows and sharing some of the key points in revitalizing franchises like the Looney Tunes and the DC universe superheroes.

Offering a brief overview of Warner Bros. Animation’s history and current slate, he told the Junior audience that the WB library is the reason they exist.

He pointed out that it’s important for the company to re-introduce characters like Bugs Bunny and Daffy Duck so that young audiences know who they are and continue to be relevant in the entertainment world today. 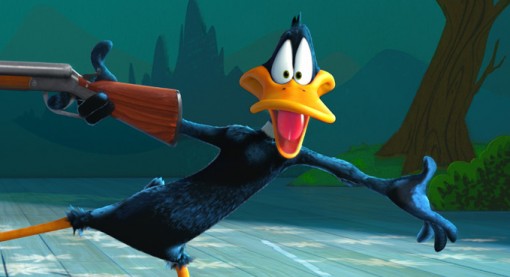 Register then went on to share how his company rebooted Looney Tunes, ThunderCats and Green Lantern, offering a sneak peek at the highly anticipated CG Green Lantern: The Animated Series, which is set to premiere on Cartoon Network in the next few months.

He also briefly discussed the Warner Bros. theatrical short program, which released three new stereoscopic 3D titles Road Runner and Wile E. Coyote titles in 2010—one of which, Coyote Falls, was shortlisted for an Oscar). He showed a fantastic, psychedelic looking clip from the new short Daffy’s Rhapsody, which features the voice of the late Mel Blanc. The year’s other short I Tawt I Taw a Puddy Tat is likely to be one this year’s Oscar contenders as well. Matthew O’Callaghan, who helmed Coyote Falls, directed both projects. 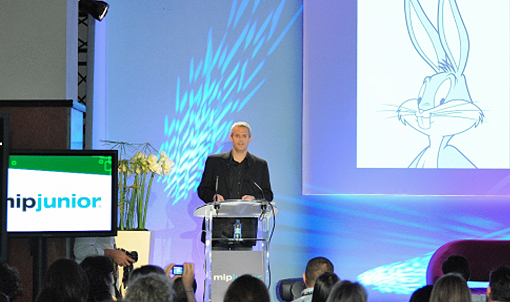 Among the other projects Register is working on is a one-hour block of TV programming titled DC Nation, which will blend TV episodes (like The Green Lantern and the new animated Batman series) with live-action reports about die-hard fans and DC Comics world as well as new Batman shorts, animated by Aardman Animation. Among the other cool tidbits he told the audience the 2013 CG-animated Beware the Batman series will feature a classic-looking Batman and a gun-toting Alfred the Butler. The toon is exec produced by Glen Murakami (The Batman, Teen Titans) and will explore the mythology’s more obscure villains besides The Joker and The Penguin. There’s also a female sidekick, which as Register noted, “is kind of Robin, but not really!”

Also in store for 2013 is a new version of The Tom and Jerry Show and a slate of programs created for the late-night [adult swim] audience.