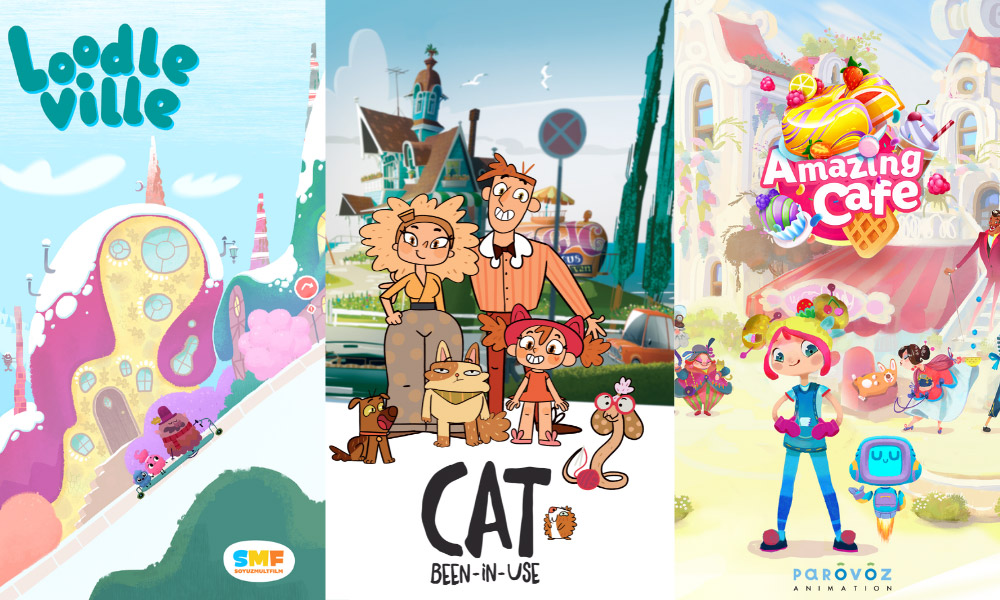 Seventeen projects from Russia and nine international titles hailing from eight countries have been selected to take part in WEMW Goes to Russia, a new international co-production forum between Roskino and When East Meets West which takes places during the upcoming Key Buyers Event: Digital — running June 8-10 with three additional days of screenings and matchmaking. The finalists include six animation projects from top Russian studios.

The Key Buyers Event, now in its third year, has expanded its co-production program for the Digital edition and, together with WEMW, aims to boost co-production with Russia and introduce international and Russian filmmakers to find the right partners and access essential funding to complete their projects. The selected global teams will now have the unique chance to meet leading Russian producers, find potential partners and access a minority co-production support granted by the Russian Ministry of Culture, which traditionally mounts up to RUB 10 million (about 110K EUR / 133K USD).

“We received an amazing number of international applications, almost 60 from 25 different countries. I am sure none of us could expect this response at the beginning of the call,” said Alessandro Gropplero, Head of WEMW. “We finally selected nine very diverse projects from eight different countries. All projects have a different genre, a different profile of directors, and a very solid package and significant funding in place that increase their chances to be produced. Having the chance to have a Russian point of view in the selection was a key element as we wanted to be sure to include projects with high chances to raise the interest of possible Russian co-producers.”

Evgenia Markova, CEO of ROSKINO, noted, “With expanding the co-production section at Key Buyers Event, we have responded to the global demand for partnering and co-producing with Russia that we’ve seen over recent years. The number and quality of the entries for our inaugural year of WEMW Goes to Russia has exceeded our expectations. Apart from the well-known titles such as Persian Lessons, Dovlatov, The Whaler Boy and their creators, there are also a lot of new, less obvious IPs and opportunities for partnerships. It’s not only about Russian projects – this year we have a selection of international titles as well, which could benefit from the minority co-production support from The Ministry of Culture, that launches the competition right after Key Buyers Event.”

Agatha: Queen of the Garden

The 2D animated children’s series features suspense and adventure as it tells the tale of five-year-old Agatha and her cat Marcel. Agatha wields the special power of being able to turn the botanical garden into a big fantasy world for herself at the clap of her hands, with flowers as tall as her and tree-like bushes. Agatha and her wise cat Marcel lend the local residents a hand by helping them deal with various issues while sharing basic knowledge about nature and botany.

The 2D animated children’s comedy series (a.k.a. Secondhand Cat) is a show about kindness, friendship and love — which can do amazing things. It tells us the story of a cat who has repeatedly been betrayed and abandoned by his previous owners. However, he ends up with a family that surrounds him with unconditional love and care. Thanks to his new owners the cat learns to hope for the best and to take pleasure in life. 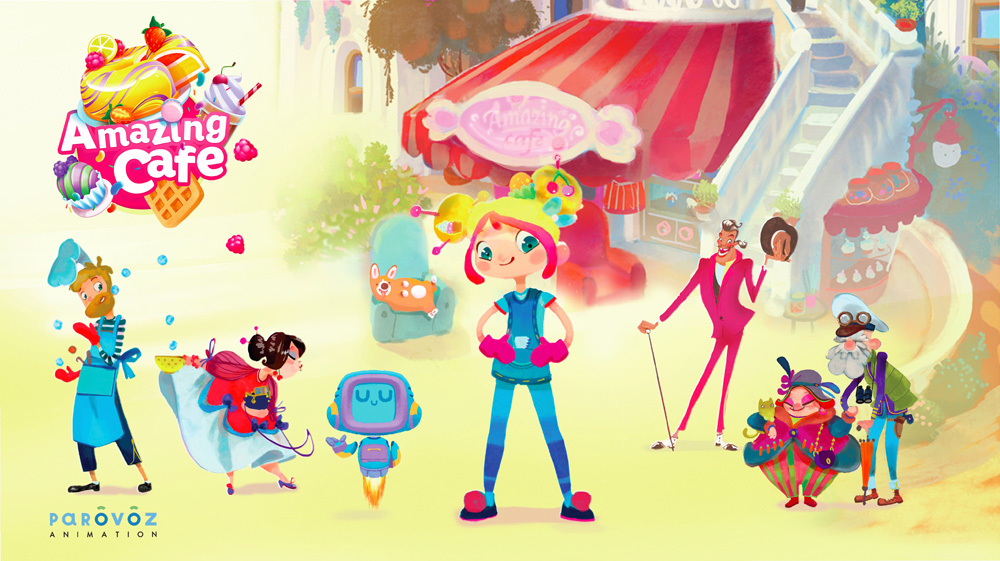 This fantasy comedy-adventure follows the incredible adventures of Agatha and her mysterious friend, Tommy. With their new magical abilities, they fight greedy Signor Vittorio, the owner of a fancy hi-tech restaurant whose evil plans are to destroy everyone’s favorite place — a small family-owned traditional restaurant — and Agatha is going to do everything she can to protect it. She is the guardian of family values, she goes on a new adventure every day, and she makes the lives of everyone in her hometown a little bit more magical! 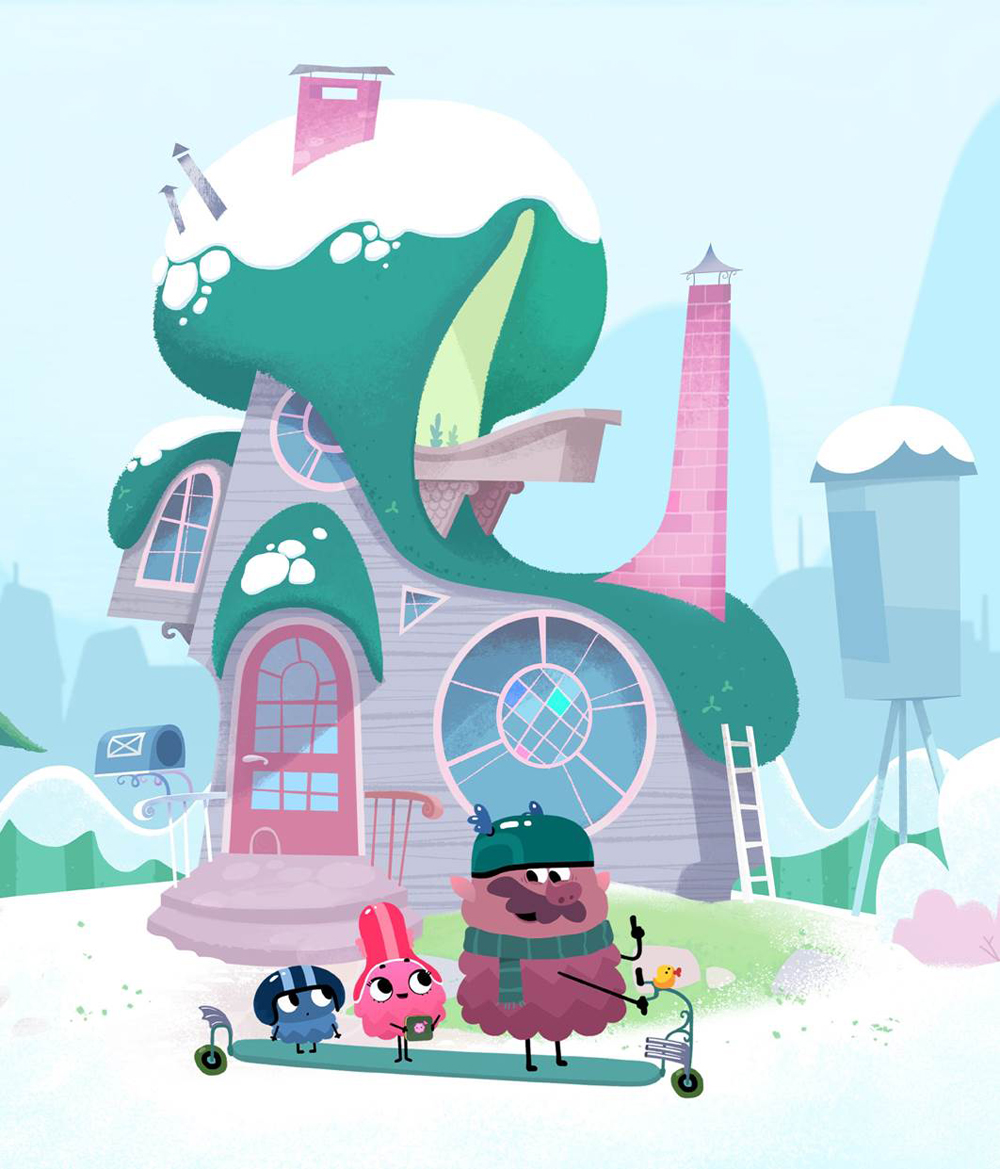 At the top of a high mountain there is a small town: Loodle Ville. It is home to an unusual people — the Looddles.The main characters are little Loodle-Anne and her Loodle-family. With each episode we learn more and more about this unusual place and its inhabitants. Loodle-Anne enthusiastically talks about what is happening, while not forgetting to supplement her stories with illustrations from her wonder-album. For children and families.

A post-apocalyptic romantic story about a girl Dana who set on a journey to save her kidnapped father — a scientist who created a machine that would restore the drinking water reserves on the planet. For children and families.

The lucky charm of Honey Hills Town is stolen. This might cause thousands of misfortunes to its citizens. Young Chirp the Squirrel is accused, and Detective Sophie the Owl takes up the case. For children and families.

Key Buyers Event: Digital is organized by ROSKINO with the support of the Ministry of Culture of Russian Federation, the Department of Entrepreneurship and Innovative Development of the City of Moscow and the Agency for Creative Industries.

Learn more and register to attend at keybuyersevent.com.