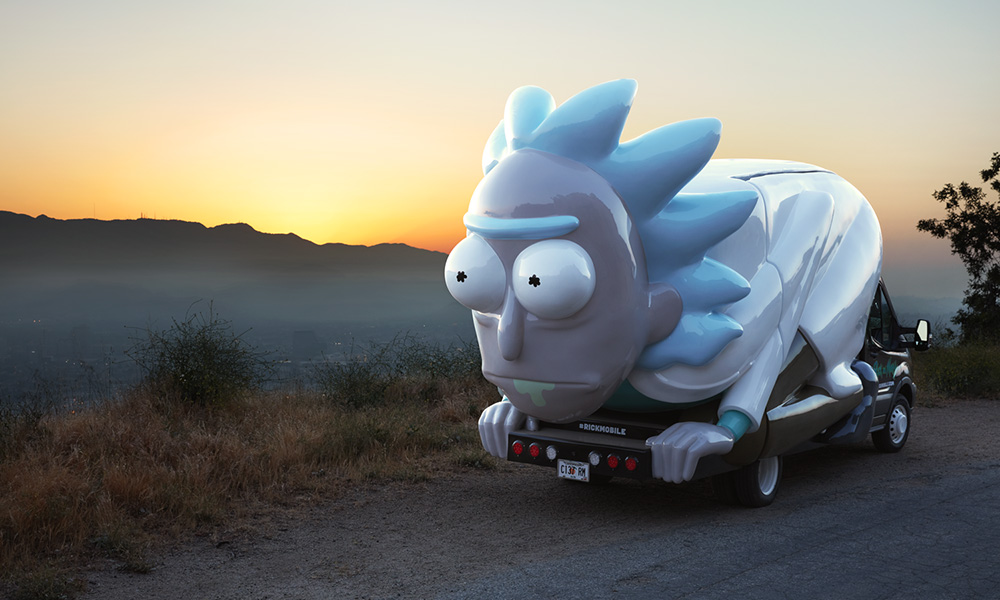 The Rickmobile is heading to Toronto! To celebrate the world’s first ever 24-hour Adult Swim channel launching in Canada, the Rickmobile – a giant Rick-shaped truck / mobile pop-up shop inspired by Adult Swim’s hit animated series Rick and Morty – is hitting the road for its first Canadian visit.

On Monday, April 1, the Rickmobile will cruise through Toronto’s downtown core, getting schwifty at the following stops:

The new channel is preparing a red hot launch with a jam-packed inaugural programming day set for April 1. Viewers will get an introductory sampler of the best of Adult Swim animation and live-action including hit series including Rick and Morty, Robot Chicken, Family Guy, The Eric Andre Show, Dreamcorp LLC, Your Pretty Face Is Going to Hell and Joe Pera Talks with You. Following launch day, series that are brand new to Canada will premiere on Adult Swim beginning at 10 p.m. when the regular primetime schedule begins.

Adult Swim Canada is available for a two-month free preview from April 1 to May 31, 2019. Viewers can also watch full episodes On Demand free until January 2020.