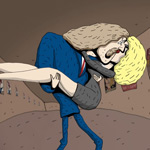 New York’s School of Visual Arts will be presenting the 2017 edition of its long-running film and animation fest After School Special from Monday, Sept. 11 through Sept. 17 at SVA Theatre. Showcasing the work of accomplished alumni in SVA’s nine film-related programs, a highlight of this year’s lineup is the NYC premiere of Bill Plympton and Jim Lujan’s Revengeance.

Select screenings will be followed by filmmaker Q&As and panels. Early arrivals can also enjoy VR and music video experiences in the lobby. All events are free and open to the public — Eventbrite RSVPs are appreciated but not necessary. Doors open roughly 30 minutes before each screening, and seating is on a first-come basis.

Animation & VFX highlights below; visit svatheatre.com for event updates and the full program.

Bill Plympton (1969 Cartooning) is back with his newest feature-length animated film, which follows a low-rent bounty hunter named Rod Rosse, The One Man Posse. Following the film, Plympton will discuss his process of making the film. The screening is preceded by the award-winning animated short Late (2014) by Christi Bertelsen (BFA 2002 Animation).

Join visual effects artists Jesse Flores (BFA 2010 Computer Art, Computer Animation and Visual Effects) and Paul Liaw (BFA 2002 Computer Art) for a screening and inside look at this Marvel Entertainment blockbuster. Preceded by the world premiere of the short film End of the Line, Inwood (2017), written and co-directed by Efraim Acevedo Klein (BFA 2012 Film and Video).

School of Visual Arts will spotlight exceptional live-action, documentary and animated shorts by its most recent graduates from nine different academic departments, including films nominated for Student Academy Awards. Join the filmmakers in the lobby following the screening for a special dessert reception.

Join SVA alumni animators and artists from Cartoon Network – the studio behind such hits as Adventure Time, Steven Universe and Teen Titans Go! – for a special screening of old favorites and new, never-before-seen work. Preceded by the animated short, Cartoons and You, by Mark Newgarden (BFA 1982 Media Arts), the co-creator of the infamous “Garbage Pail Kids.” 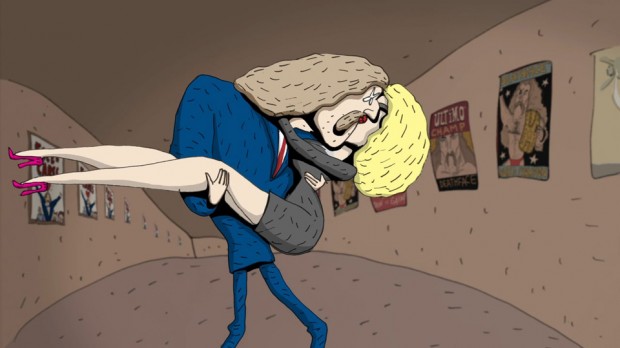