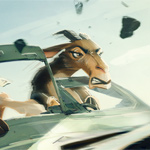 While the Animation Production Day presented 44 new projects to potential partners over two days, the ITFS offered a unique insight into four new feature-length projects at the stages of development or preproduction.

Weimer explained that the work split on the co-production with Belgium’s Walking The Dog and Canada’s Tangent Animation is expected to see preproduction and editorial overview located in Germany, with animation and 3D modelling in Canada and the post-production in Belgium. Delivery is planned for the last quarter of 2019.

Indian director Gitanjali Rao was joined in Stuttgart by her German co-producer Michael Henrichs of Die Gesellschaft for the presentation of her feature debut Bombay Rose, a love story set in the streets of Mumbai, under the influence of Bollywood.

“The visual and musical elements are very important,” says Rao, who has the long-established French production house Les Films d’Ici (Waltz with Bashir) on board as a co-producer.

Berlin-based Israeli filmmaker Ron Segal, who graduated from the Sam Spiegel Film and Television School in Jerusalem with the stop-motion/live action short The Stain, showed some concept drawings for his feature debut Adam which is based on his novel Delicate.

The film’s screenplay, which Segal developed during a Nipkow Program residency in Berlin, centers on the Israeli novelist and Holocaust survivor Adam Schumacher as he sets out on a journey despite his faltering memory caused by dementia, and struggles to put the story of his love for his wife in writing before it is lost forever.

The $5 million project is being planned as a co-production between Germany, Australia, Luxembourg and Belgium.

And the showcase rounded off with the king of indie animation, Bill Plympton, introducing his next feature project, Slide, which will see him reunited with Jim Lujan, the screenwriter of his last film Revengeance.

“This film more than any other really captures my life, career and lifestyle,” Plympton told the audience. “An adventure film about a mythical Clint Eastwood-style musician who comes into a corrupt town and cleans up and then leaves.”

He showed some character designs and concept drawings for the $500,000 project, but explained that the original planned start of production this fall has been put back since he will now first be busy on a series of music videos for the musician Jackie Greene.

The 11th Animation Production Day took place from May 4-5 in Stuttgart’s L-Bank, held jointly by the Stuttgart Festival of Animated Film (ITFS) and FMX. 160 participants from 24 countries participated in over 600 pre-planned one-to-one meetings, negotiating co-operations for this year’s selected projects. Over 300 industry representatives attended the APD Conference on Thursday. 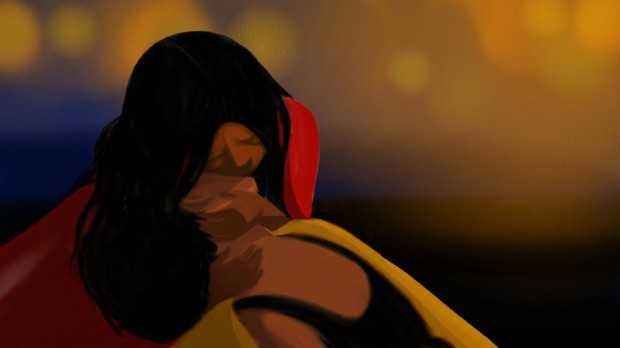 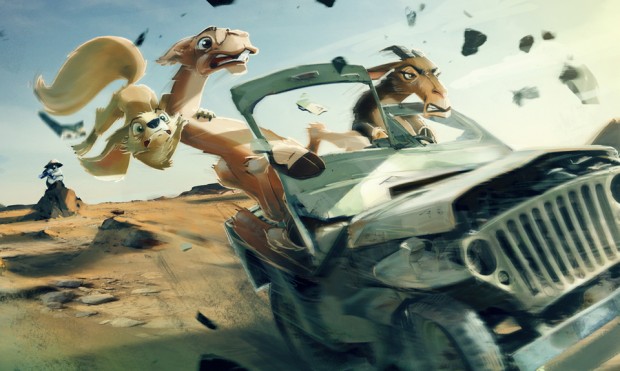