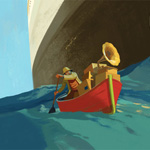 Cartoon Movie, the European pitching event for animation films, took place in Bordeaux last week with more than 900 participants (+20% in two years) from 41 different countries, with 257 buyers including 126 distributors and sales agents. Organized by CARTOON, the 20th edition of this professional forum was the ideal platform to assess the current state of European animation whilst boosting 60 new projects featuring a wide variety of genres and production techniques.

Buzz Films & Trends
During these two days, the pitching sessions got a full house. The most successful projects during Cartoon Movie were a mixture of artistic and political films (The Bears’ Famous Invasion of Sicily by Prima Linea Productions, Allah Is not Obliged by Special Touch Studios, Dragonkeeper by Dragoia Media, Another Day of Life by Platige Films / Kanaki Films, White Plastic by Paprika Films) but also, family films have remained the focus of Cartoon Movie’s projects (Terra Willy by TAT productions, White Fang by Superprod, Elli and the Ghostly Ghost Train by Zooper Film, The Boy Who Switched Off the Sun by Fourth Wall Creative).

The 10 projects attracting the most buyers were:

CARTOON organized “Cartoon Games & Transmedia”: it consists of a complete afternoon with keynotes on the video game industry, case-studies to show successful examples of video games from animation IP and B2B meetings & exchanges between participants. This special event took place in order to establish a new synergy between the sector of animation and video game and in the long term, to encourage producers to bring game and transmedia partner at the same early stage as the co-producer and the distributor in the process of a feature film. This year, key players from the video game industry (Ubisoft, Shinypix, Remote Control Productions, Waveor, Solidanim, Happy Volcano, Drakhar Studio) from Belgium, France, Germany, Italy and Spain were present.

Spotlight on Spain
For the second time, Cartoon Movie put the spotlight on a country. This year, Spain, a country which has a dynamic animation industry well-recognized on an international level, has been chosen for being the spotlight country. With its vast international experience, its awarded artists, its innovative and well-recognized digital software companies and its new incentives, Spain is a great partner to make your production a success. The spotlight on Spain was supported by ICAA (The Institute of Cinematography and Audiovisual Arts, an autonomous body overseen by the Ministry of Education, Culture and Sports of Spain), Diboos, the Spanish Federation of Animation Producers’ Associations (the umbrella body of the sector’s principal association), and Animation from Spain.

On the strength of its nine selected projects (including co-productions) this year, Spanish animation appeared as a constant thread throughout Cartoon Movie. Out of its nine selected projects, five were particularly successful: Dragonkeeper (Dragoia Media – in development), Unicorn Wars (Abano Productions & UniKo – in development), Another Day of Life (Kanaki Films – in sneak preview), Elcano & Magellan, The First Voyage Around the World (Dibulitoon Studio – in production) and Buñuel in the Labyrinth of the Turtles (by The Glow Animation Studio – in production).

As previously announced, the 2018 Cartoon Movie Tributes were:

The Council of Europe’s Eurimages Fund has joined forces with Cartoon Movie in order to award the Eurimages Co-production Development Award for animation films. This cash-prize of €20,000 has been created to promote the Fund’s role in encouraging international animated co-production from the initial stages of a project. The first Eurimages Co-production Development Award was awarded to the project KARA by Sinem Sakaoglu, to be co-produced by Visual Distractions (Germany) and Beast Animation (Belgium) 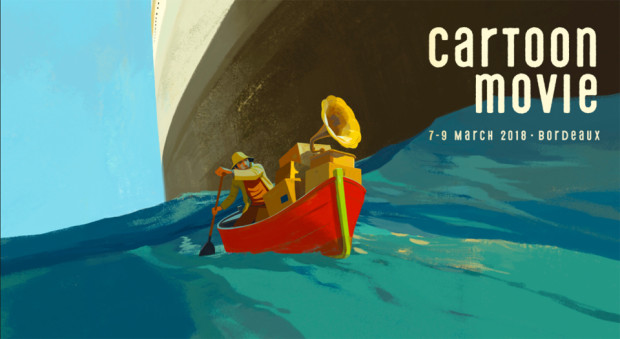