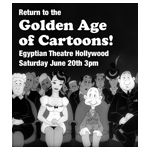 A special program of Golden Age Cartoons will screen at 3 p.m. June 20 at the Egyptian Theatre in Hollywood, presented by the American Cinematheque and Animation Resources.

Highlights of the program — selected by film preservationist Steve Stanchfield and animation historian Stephen Worth — include a newly restored copy of Ub Iwerks’ Hells Fire, presented uncut and in color for the first time since it debuted in 1934. Felix the Cat, the very first cartoon superstar, will be represented by pristine prints of Felix the Cat Shatters the Sheik and Draggin’ the Dragon (1926).

There will be rare stop motion puppet films by Lou Bunin, a wartime training film made by Warner Bros. that was not released theatrically, and rare films starring the deliciously obscure Mickey wanna-bes, Cubby Bear and Binko the Cub.

Tickets for this program are $11, and are available for advance sale at Fandango. They will be on sale at the Egyptian box office the day of the event. 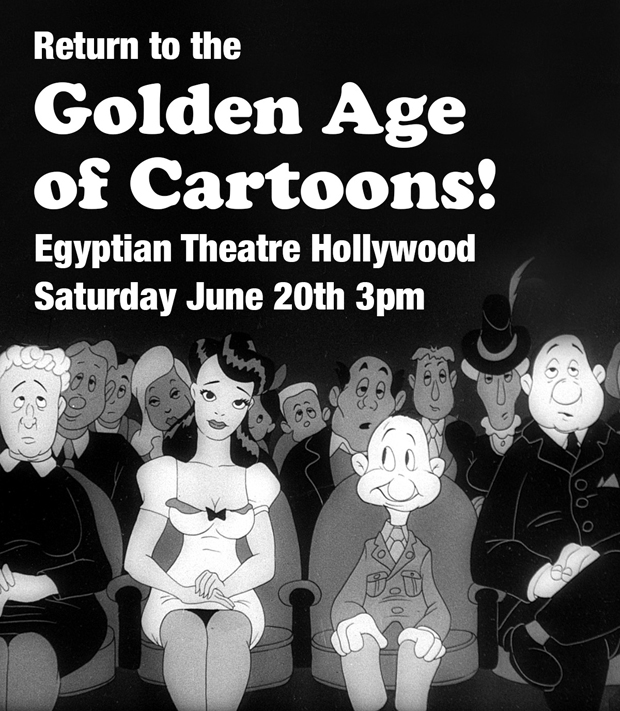