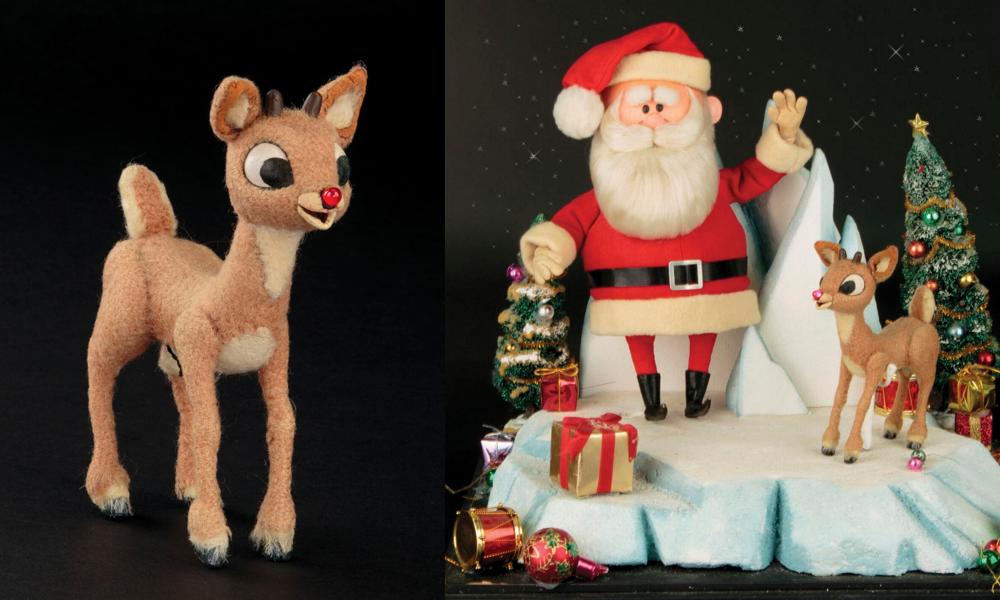 Fans of classic holiday animation have a chance to bring home a most wonderful present, as auction house Profiles in History prepares to offer up two of the puppet stars of Rankin/Bass Productions’ beloved ’60s special Rudolph the Red Nosed Reindeer. A six-inch Rudolph and 11-inch Santa will go up on the block as a pair on November 13, and are expected to soar with bids up to $150,000-$250,000.

The charming pair, made of wood, wire, cloth and leather (Rudolph’s nose still lights up!) were made by Japanese puppet maker Ichiro Komuro and were used in the stop-mo shoots at MOM Productions in Tokyo. Rudolph and Santa come from the collection of New Yorker Peter Lutrario, who told the Associated Press that he “always said I would die with the dolls” but has decided to sell them in order to leave something more liquid to his children and grandchildren. Lutrario bought them about 15 years ago from Arthur Rankin Jr.’s secretary’s nephew after seeing them appraised on Antiques Roadshow.

Rudolph the Red Nosed Reindeer premiered on NBC on December 6, 1964. Based on the classic Christmas song from 1939, it follows the little flying reindeer and his fellow outcast — an elf who dreams of being a dentist — as they run away from the North Pole, meet other colorful characters, befriend the folks on the Island of Misfit Toys and eventually find their places in the world … and of course, save Christmas thanks to Rudolph’s bright, shiny nose!

The special was directed by Larry Roemer and associate director Kizo Nagashima from a teleplay by Romeo Muller, and featured the voices of Burl Ives, Billie Richards, Paul Soles, Larry Mann, Pat Dixon and Stan Francis.

Check out the auction at ProfilesInHistory.com.