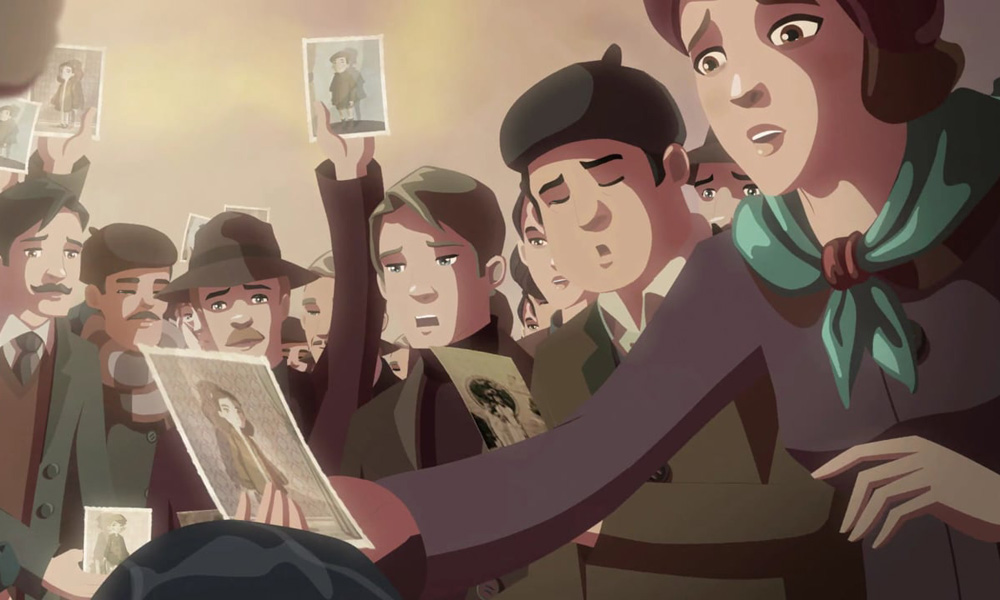 The Star of Andra & Tati

Rai Com, the Italian public broadcaster’s commercial division, is preparing to bring a selection of stand-out kids & youth titles to the global entertainment market this year, with a slate of library titles and new international acquisitions, including partner Rai Ragazzi’s newest productions for Rai YoYo and Rai Gulp. The lineup will debut at Kidscreen Summit in Miami (Feb. 11-14).

Dixiland (52 x 5’) — which recently released a second season — is a 2D preschool series set in a poetic and dreamy representation of a childlike world, inhabited by sweet, colorful creatures. The cute and candid Dixi, the small winged elephant who is the protagonist of the story, is helped by the small creatures that inhabit the fantastic world of Dixiland as he faces both small and large life challenges — such as being able to accept himself, moodiness, and the embarrassment of first love. He does this with reassuring tranquility and timid joy, supported by the accompaniment of his friends playing their musical instruments continuously in a never-ending parade. (Produced by Rai Ragazzi and T-Rex Digimation.)

Dixi’s Simple Songs (13 x 3’) features universal tunes which have lasted for centuries and are well known around the world. In the fantastic world of Dixiland, the little cute elephant Dixi enjoys dancing, singing and playing music with his friends. The preschool spinoff series explores the history of children’s songs to create a brand new series of animated tunes for preschoolers to be used for entertainment or education. (Produced by Rai Ragazzi and T-Rex Digimation.)

The Star of Andra & Tati (26-minute special) tells the true story of the Bucci sisters, Andra and Tatiana, who were deported to Auschwitz-Birkenau with their family at the age of 4 and 6 years old during World War II. Separated from the mother, grandmother and aunt, they are sent to a “Kinderblok” with their young cousin, Sergio. Although precious family members are lost along the way, due to their own vigilance and the care of another sympathetic inmate assigned to oversee fellow prisoners, the sisters manage to survive until the liberation of the camp. After transfer to Prague, and then to England, the sisters are finally reunited with their parents in Italy. Andra and Tati’s story is intertwined with the experience of a modern day school trip to that same concentration camp, which gives their lives and what they endured contemporary significance 75 years later. (Produced by Rai Ragazzi and Larcadarte.)

Woof-Meow (26 x 11’) is the latest CG-animated gem from Russia, produced by AA-Studio and directed by Alexey Kotenochkin. Aimed to at upper preschool viewers, the series follows the comical adventures of two kittens named Binx and Lulu, and their puppy-dog pals Oscar, Snickers, Sparky and Hopper the Inventor. Together, they play all sorts of games, make up new incredible inventions and embark on real (or imaginary) journeys to explore the world around them. In each episode, someone gets in trouble and needs the support of the group of friends to solve the problem.

Scheduled to air for the first time on Rai Gulp kids channel in February 2019, Jams is a TV miniseries (10 x 24’) developed from the conviction that the most effective weapon against sexual harassment is prevention. Co-produced by Rai Ragazzi and Italian production company Stand-by-me, the series tells the story of 11-year-old Joy, who withdraws from her friends and activities when a middle-aged family friend becomes attracted to her. The series is aiming to help kids understand the risks of sexual harassment, detect when something is wrong, overcome shame and loneliness, and ask for the help of friends and adult intervention.

Alex & Co., produced in partnership with Rai by The Walt Disney Company Italia and 3zero2 TV, is comprised of three seasons for a total of 51 episodes. The story narrates the daily life and musical adventures of high schooler Alex and his companions. The series is a huge success on Disney Channel, as well as on Rai Gulp.