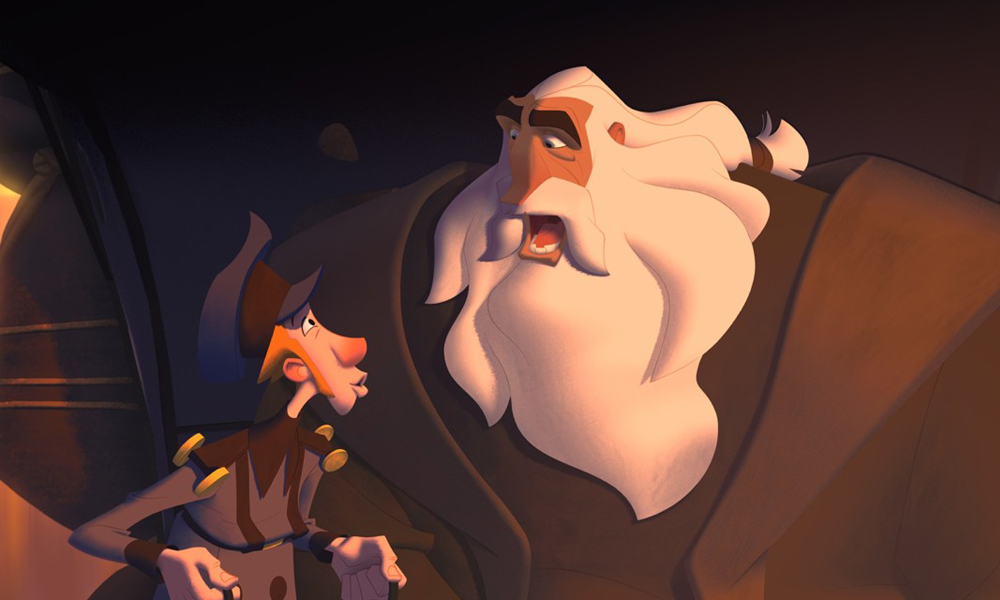 The Ibero-American Animation Quirino Awards have announced the winners of its third edition in a virtual ceremony, closing out 2020’s “Quirino Month.” The Spanish feature film Klaus, the Brazilian series Tainá and the Amazon’s Guardians and the Colombian short film The Cubicbird were recognized in their respective categories. In addition, six other works from Argentina, Spain and Portugal were recognized as best school short film, commissioned film, animation for video game, visual development, animation design and sound design and original music.

The third edition held in this innovative virtual format was made possible thanks to the main sponsorship of the Cabildo de Tenerife, through the Tenerife Film Commission.

The feature directorial debut for Spanish animator/screenwriter Sergio Pablos (Despicable Me, Smallfoot), Klaus has been widely celebrated as a return to traditional animation. Produced by Madrid-based The SPA Studios and Atresmedia Cine for Netflix, the film is based on the legend of Father Christmas, and tells the story of a postman who goes to the Arctic Circle to open a post office. The film was previously awarded at the Annie Awards and BAFTA in addition to being one of the finalists in the Best Animated Film category at the last Oscars. The film was also recognized with the Quirino Award for Best Animation Design. 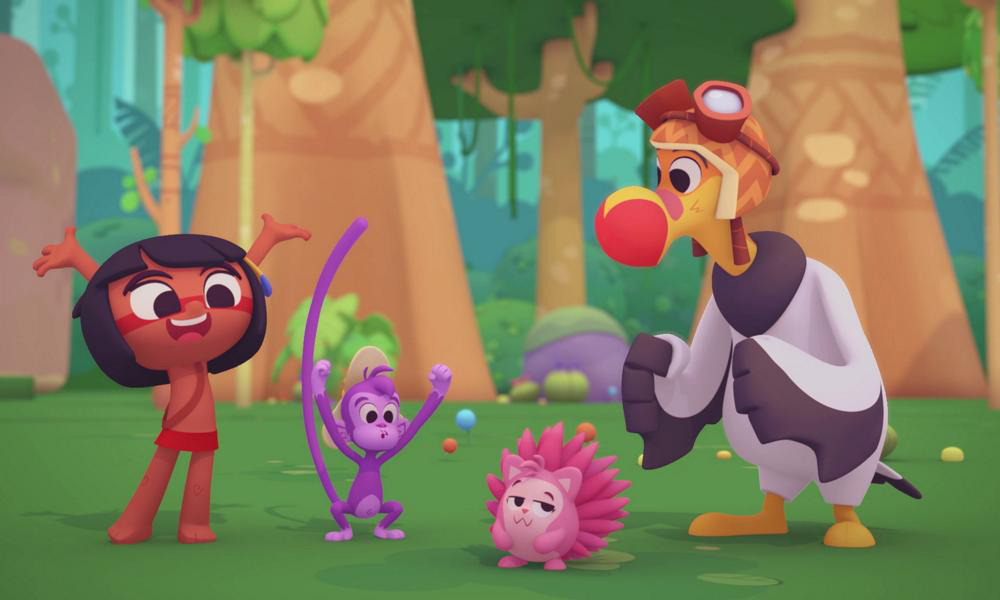 Tainá and the Amazon’s Guardians — a co-production between Brazil’s Hype Animation and Sincrocine Produções directed by André Forni — was awarded Best Animation Series. Aimed at preschool audiences, this series combining 3D and 2D animation centers on Tainá, an orphan girl from the Amazon jungle who, in the company of her animal friends, protects wildlife and the rich biodiversity of her habitat. The series is an adaptation of a successful live-action trilogy and has been released internationally on the Nickelodeon channel and the Netflix platform. 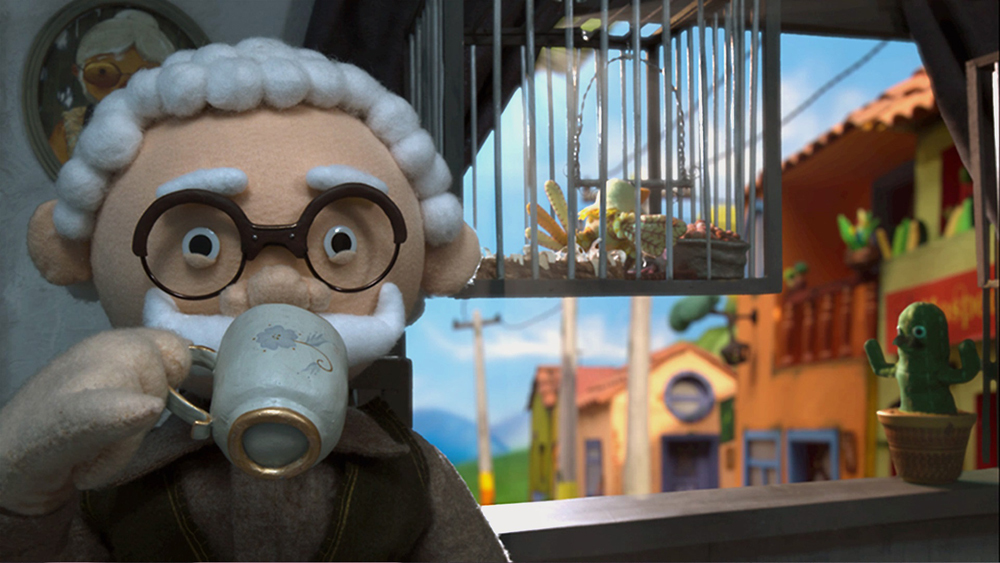 The short film winner was The Cubicbird, a Colombian production directed by Jorge Alberto Vega and produced by La Valiente Estudio and Cintadhesiva Comunicaciones with the associated production of Animaedro. Animated in stop-motion, the film is an adaptation of the self-titled book by Marcos Mas that has as main character Pedro, a bird that lives in a cage and is willing to break its bonds to be free. The work was selected at various international festivals and received the award for Best Colombian Animated Short Film at Bogoshorts 2019.

The Quirino Awards had planned to hold their third edition on April 18 in Tenerife, and had to change their date of celebration and format as a result of the coronavirus pandemic. The island was present throughout the ceremony with some of its most emblematic landscapes and with the participation of professionals and animation companies that are among the finalists. As a prologue to the ceremony, an animated photocall took place in which different personalities from the sector paraded virtually on the purple carpet of the Quirinos along with the finalist directors.

Portuguese animation was one of the stars of this edition, receiving 10 nominations and winning the awards for Best School Short Film and Best Sound Design and Original Music (Nestor by João Gonzalez) and Best Visual Development Visual (The Peculiar Crime of Oddball Mr Jay directed by Bruno Caetano).

The 2020 winners circle is completed with Best Commissioned Film Mate?, a co-production between Argentina, Bolivia, Brazil, Chile, Paraguay and Uruguay, directed and produced by Buda.tv; and the award for Best Animation for Video Game, which went to Gris, a production by the Spanish Nómada Studio directed by Conrad Roset.

The winning works were chosen by an international jury among 219 works from 17 countries received in the call. The international jury was made up of Alfredo Marun (Development Director at Disney Television Animation, from Colombia); Anja Franczak (Creative Producer at Human Ark, Poland); Simon Vladimir Varela (Production Designer and Visual Development Artist for various studios, including Pixar, Disney, Warner Bros, Sony Animation, Fox and Universal; El Salvador); Vera Verba (Manager of the YouTube Channel of Sesame Workshop, U.S.) and the Véronique Encrenaz (Director of MIFA Annecy, France).

The awards ceremony closes the Quirino month, in which an intense program of activities also featured the Co-Production and Business Forum. Organized with the collaboration of ICEX, Animation From Spain and PROEXCA, this professional platform included the participation of a hundred companies from 19 countries that held more than 800 B2B meetings. Throughout a month, representatives of channels, distributors and producers had the opportunity to learn about different projects from the 23 countries of the Ibero-American region.

With the aim of bringing the creations closer to the public, from June 1-14 a program with the finalists in the school short films category was presented on the Retina Latina and Filmin streaming platforms, in addition to the winners of this section in the editions 2018 and 2019. The works had more than 3,000 views between both platforms.

Throughout the month, different conferences and virtual round tables were held. These include the one carried out by La Liga de Animación Iberoamericana (the Ibero-American Animation League) and the pitch of the “Firsts” project; the round table on women in Ibero-American animation in which the associations MIA (Women in the Animation Industry, Spain), MUMA (Women in the Animation World, Mexico) and RAMA (Argentine Network of Women in Animation); the talk about new technologies applied to animation production with Andrés Aguilar (Mate), Juan Cañada (Epic Games) and Francisco Delgado (HP); and the talk on sustainability in animation with the participation of the Tenerife Film Commission, Welaw and the Tenerife companies La Casa Animada, Tomavision, Mondo TV Producciones Canarias, In Efecto, B Water Animation Studios, Drakhar Studio and 3 Doubles Producciones.

All these conferences, which to date have registered more than 170,000 views, can be seen again on the Quirino Awards YouTube channel.