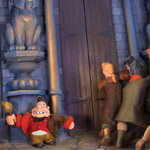 LA-based Profiles in History will be presenting an auction June 9 for fans of all things Disney — including the largest collection of theme park cast member costumes ever to be offered, with 50 get-ups going on the block. Highlights of the costume collection include a five-piece Haunted Mansion usher’s suit and four-piece maid’s ensemble, each estimated to go for $900-1,500. The collection includes examples from almost every attraction, including Pirates of the Caribbean, Hall of Presidents, Tomorrowland and Animal Kingdom, ranging in estimate from $100-800.

Another treasure is Walt Disney’s original, hand-annotated working script for Cinderella. The 147-page draft is dated 5 years before the film’s release, and contains a total of 20 pages written on by Walt. The document is expected to sell for $40,000 to $60,000.

Park fans can also vie for a Beauty and the Beast Main Street animated window display from Paris Disneyland, purchased at Disneyana Convention in 2000. The display is the real thing, with moving parts that still work and bring to life the gripping scene from the film in which the mobbing peasants are battering at the door of Beast’s castle. Est. $10,000 to $20,000.

There will also be 120 gorgeously detaied Pinocchio paintings, created by studio animators in England for the De Beukelaer Company in Belgium. The artwork was used for 120 designs on collectible stickers included in tins of De Beukelaer cookies. Est. $60,000 to $80,000. Another wonderful curiosity: a pot-bellied stove hand-crafted by Walt Disney for his backyard small-scale railroad train, the Carolwood Pacific. Est. $2,500-$3,500. 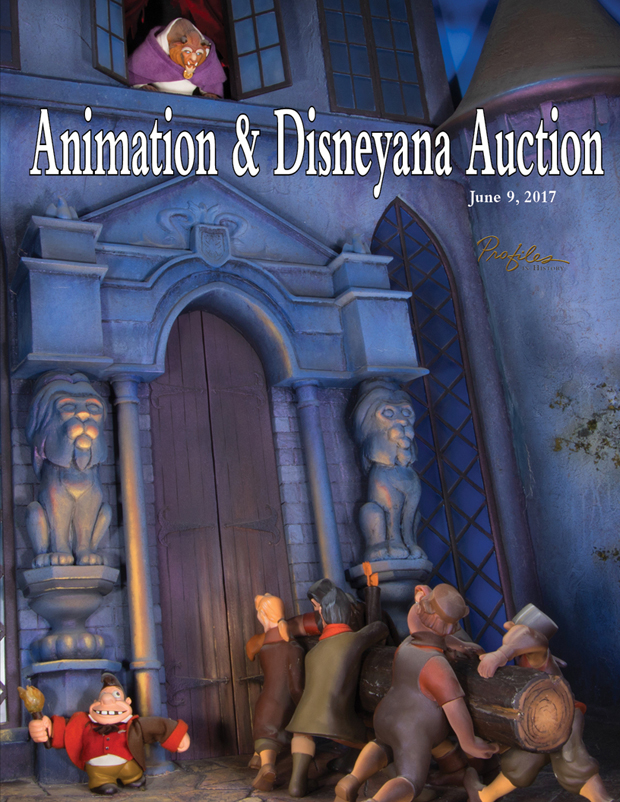