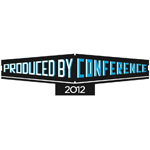 The fourth annual Produced by Conference, which is held this year June 8-10 at the Sony Pictures Studios in Culver City, has announced its jam-packed program for this year.

PASSION PROJECTS: MAKING FILMS EVERYONE SAYS WILL NEVER GET MADE

Grazer (A Beautiful Mind, Apollo 13, American Gangster) and Peter Berg (Battleship, Hancock, Friday Night Lights) discuss how a producer convinces a studio – and ultimately, an audience – to take a risk on an unconventional or challenging story and how to stake out your own creative ground between “tentpole” productions.

A CONVERSATION WITH CHRISTOPHER NOLAN AND EMMA THOMAS (SPONSORED BY KODAK)

Nolan and Emma Thomas talk with moderator and PGA national executive director Vance Van Petten about the creative demands involved in producing such groundbreaking films as Memento, The Prestige, The Dark Knight and Inception.

AXS TV from Cuban’s HDTV, Ryan Seacrest Productions, AEG and CAA have made it clear that the old models of production and distribution are not long for this world. In this conversation, Cuban discusses what developments might be looming on the horizon — and who should be worried about them.

KICKSTART YOURSELF: GETTING INDEPENDENT FILMS MADE

Rick Allen (CEO, SnagFilms) moderates a discussion with Sarah Green (The Tree of Life), Grant Heslov (The Ides of March) and Lynette Howell (Blue Valentine) examining how independent producers and projects are blazing new trails and proposing new business models driven by the rapidly evolving infrastructure of financing and distribution.

THE NEW NETWORKS: THE FUTURE OF ORIGINAL PROGRAMMING

Successful franchises have become the holy grail of the studio film business. Moderator Kevin McCormick (The Lucky One) joins Debra Martin Chase (Sparkle), Lorenzo Di Bonaventura (Transformers), Nina Jacobson (The Hunger Games) and Todd Phillips (The Hangover) for a look beyond the box-office numbers at what it takes to franchise your production.

What does it take in today’s crowded market to launch a standout show, refresh a renewed series or produce a movie or franchise to critical and commercial success? Moderator David Picker (board member, PGA, and chair emeritus, PGA East) talks with PGA president Mark Gordon (Grey’s Anatomy) about his time-tested rationale behind what makes a hit in the current Golden Age of television and how well-produced movies connect with new audiences.

The explosion of social media has made it possible for anyone to create a channel on the Internet, and Tim Shey (director, YouTube Next Lab) examines how to grow audiences of scale and sustainable businesses that can succeed and build hits and brands online.

Moderator William Stuart (co-chairman, PGA international committee) takes a deep dive into the evolving world of global production with Ashok Amritraj (chairman and CEO, Hyde Park Entertainment), Graham King (Hugo), Jon Jashni (president and chief creative officer, Legendary Pictures) and Walter Parkes (Men in Black 3) in a probing discussion about what it takes to be a storyteller on the world stage.

THE COMPLETE PACKAGE: MAKING MOVIES IN THE STUDIO SYSTEM

PBC co-chair and moderator Tracey Edmonds (Jumping the Broom) talks with Barry Mendel (Bridesmaids), Will Packer (Think Like a Man), Christina Steinberg (Rise of the Guardians) and Scott Stuber (Battleship) about getting a motion picture greenlighted, the dealmaking process and how the interconnected dynamics of distribution, marketing and merchandising affect closing a deal.

NO EXCUSES! WITH LAWRENCE GORDON

Legendary producer Lawrence Gordon (Die Hard) returns to the stage for his always-popular presence at the PBC to deliver insight into the nature of producing and working in Hollywood with his trademark candidness and humor. No press allowed.

PGA president Hawk Koch (Wayne’s World) moderates a session revealing how PGA green initiatives, in collaboration with the six major studios, are leading the entertainment industry forward in the reduction of carbon emissions. Find out how going green can save your production money.

ON THE LOT AND IN THE CLOUD: BRINGING YOUR TEAM TOGETHER AT SONY (SPONSORED BY SONY PICTURES STUDIOS & SONY PICTURES TECHNOLOGIES)

GLOBAL PRODUCTION INCENTIVES: AROUND THE WORLD IN 75 MINUTES (SPONSORED BY ENTERTAINMENT PARTNERS)

Entertainment Partners executives John Hadity (executive vp financial solutions) and Joe Chianese (senior vp tax, business development and production planning) discuss domestic and international production incentives, including which areas are most active and which are being affected by legislative changes.

CLOUD PRODUCTION: REAL-WORLD STORIES OF PRODUCING IN THE CLOUD (SPONSORED BY SCENIOS)

Five-time Emmy winner Jeff Wurtz (Inside the Actors Studio), Hunter Gray (Another Earth) and moderator Mark Davis (CEO, Scenios) cut through the clutter to examine three real-world examples of the cloud being used in production.

Dondi Bastone (The Descendants), Jim Burke (Descendants), Liza Richardson (Friday Night Lights) and Jason Katims (Parenthood) explore how producers convey the abstract qualities of tone and feeling through music and how music supervisors translate it all into a compelling soundtrack.

AS SEEN ON(LINE) TV: PRODUCING FOR AN ON-DEMAND WORLD (SPONSORED BY HULU)

JD Walsh and Hagai Shaham, the respective creator and executive producer of Hulu’s first original scripted series, Battleground, discuss their experience developing and producing the show for Hulu. Together with Hulu head of development Charlotte Koh, they will share valuable insight into how the on-demand digital distribution model encourages greater creative ambition.

DreamWorks Animation leads a discussion with feature and visual effects producers about how their collaborative process makes possible some of the most extraordinary stories and images.

For the complete list of speakers and panels visit ProducedByConference.com. 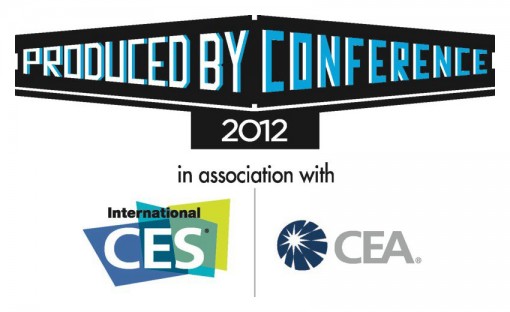