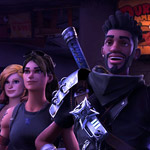 “While we’re clearly not going for photorealism in this piece, we did want to breathe more life and believability into the characters. By doing real time deformations in Unreal Engine, we had more control over facial expressions and could fine tune those performances interactively by utilizing Alembic caching.” – Michael Gay, Director of Cinematic Production.

The Unreal Engine User Group at SIGGRAPH (July 31, 4:30 p.m.) will examine the making of this spot — register for free here. Fortnite will have an early access launch for PS4, PS4 Pro, Xbox One, PC and Mac on July 25.

Saddington Baynes Striding Forwards with R&D and Experimental VFX
R&D arm SBLabs continues to follow its mission to train artists and perfect technical discipline to tackle commercial projects, generating some interesting works in the process. Love Is Love for London Pride was created using FLIP Fluid Solver, with viscosity and customised colour mixing. The centerpiece statue was simulated using 3D photo scans, before being rendered with Arnold. For VFX Dancers, procedurally generated geometry, particle simulations and fur were created with shaders, driven by custom attributes, and then attached to motion capture — rendered with Mantra. A combination of motion capture and cloth simulation, using Flipbook (a player in Houdini that creates a sped up render) went into Gangnam Style. And ‘InflataSean’ stars a human replica generated by processing data from full-body scans. Simulations were then applied to produce an inflation effect. — rendered in Mantra/Arnold.

Woodbury University Establishes Applied Computer Science Department
In line with the increasing blur between the tech and creative films, the LA school will launch the new department housed in the School of Media, Culture & Design this fall. Successor to MCD’s Media Technology Department, the program is a hybrid design/technology B.S. degree that prepares students for technical careers in the creative industries. In addition to building skills in such as coding and project management, students can design a customized concentration with elective studio courses chosen from the design departments — including Animation and Game Art & Design. More on MCD here.

MAXON Exhibitor Plans Announced
The 3D software solutions developer can be found at SIGGRAPH booth #701 and on the Main Stage, where a top notch line up of guest artists will share Cinema 4D tips, techniques and insights into the creative pipeline to demonstrate its applications on a variety of exciting projects for VFX, motion graphics, live events, games, VR/AR, visualization, and more — from Ghost in the Shell to Lady Gaga. (All presentations will stream live on C4DLive and be available on Cineversity.com following the show.) Around the showfloor, there will be dedicated stations at the Advance Micro Devices booth #301, and the B&H Booth #915, with MAXON demo artists showcasing the latest bells and whistles on Cinema 4D.

Highlights from This Year’s Emerging Technologies, Studio and Real-Time Live! Programs
SIGGRAPH 2017 organizers have lined up  7 installations and 8 workshops for the Studio program “Cyborg Self” including a study on superconductive levitation and a low-cost textile interface for wearable computing; 26 installations and 13 presentations for Emerging Technologies, like a touchable hologram solution; and 10 Real-Time Live! Presentations — including the making of interactive film “The Human Race” with real-time VFX with The Mill and Epic; Penrose Maestro tool set; and Star Wars Battlefront VR: Piloting an X-Wing for the First Time! 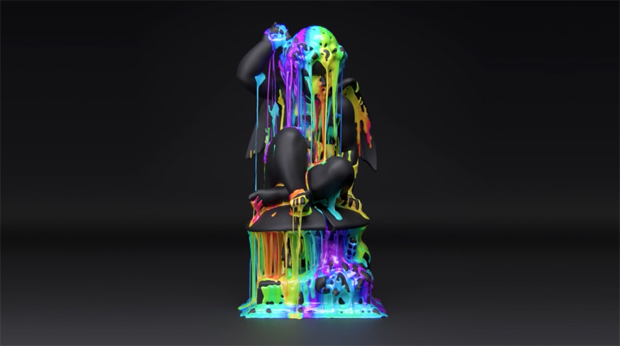 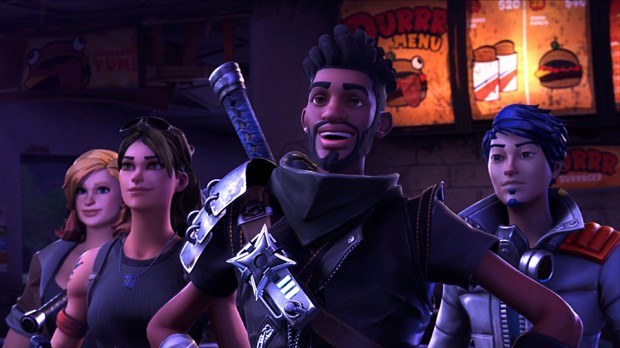