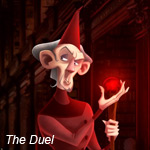 Ireland’s Animation Hub is adapting a work by famous fantasy and science fiction novelist Terry Pratchett, titled The Duel. Set in the Unseen University of Pratchett’s Discworld – the setting for a number of the English author’s fantasy novels – the short will blend fantasy and reality and feature a number of notable Irish landmarks in animation form.

Ireland’s Animation Hub is a collaboration between the Irish School of Animation at Ballyfermot College of Further Education; Trinity College Dublin’s Creative Arts, Technology and Culture initiative and the Irish animation studio, Giant Creative. It aims to give students the chance to experience working on a high-end project in a professional environment. The Animation Hub has previously enjoyed success with its first animated short, the award-winning, The Last Train.

Pratchett, an adjunct professor of English at Trinity is working with Giant Creative on the character and story development.

He said, “The Duel is something new from something old – Discworld is being borrowed by our students in the Animation Hub to produce a wholly new adventure – where some familiar elements from our world will appear, but not quite as we know them. It’s wonderful to see this type of project supported and made real – and we intend to have a lot of fun while we’re at it.”

The Duel is supported through funding from the Irish Film Board, Trinity College Dublin and Ballyfermot College of Further Education and will premiere in early 2013, as part of the Tercentenary Celebrations of Trinity College’s Old Library. 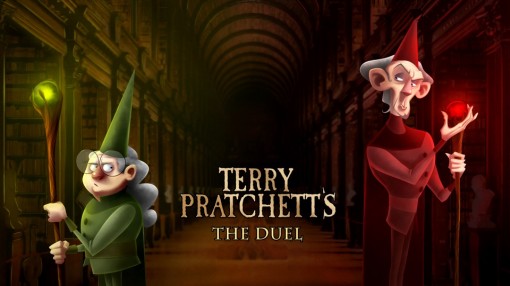