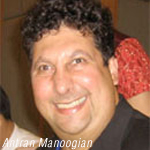 The 38th annual Annie Awards were handed out Saturday at UCLA’s Royce Hall with a lot of familiar elements in place: June Foray appeared on stage to stand on her usual box and present the awards named in her honor; Tom Kenny, the voice of SpongeBob SquarePants, was back as host; and the hungry crowd made a beeline for the buffet as soon as the final honor was handed out.

But this year’s Annies were different in some significant ways, most notably that Disney/Pixar had withdrawn their sponsorship and support of the event in a dispute over the awards’ nomination and voting proceedures. DreamWorks Animation dominated the night, taking home a trophy in nearly every category it was nominated for, including best picture for How to Train Your Dragon. While Pixar won best short subject with Day & Night and Toy Story 3 and Disney’s Tangled both were nominated for best picture, the Annies have been criticized as being dominated by DreamWorks employees who vote the company line.

Now that the event is over for another year, we caught up with Antran Manoogian, president of the board of directors of ASIFA-Hollywood, to talk about how this year’s show went, the criticisms, and the future of the Annies.

Animag Online: What are your initial thoughts on how this year’s Annie Awards went?

Antran Manoogian: Overall, I think the event went great. It certainly was a challenging year, but I think overall there were, as always, a lot of extraordinary productions and achievements to consider, and I think the submissions and the nominations, and I think, ultimately, what the members decided as being the best animation of the year, were what we saw the other night. It’s so great to see such wonderful work being done and being recognized.

Animag Online: What were some of the reactions to this year’s choices you heard either at the awards event itself or since then?

Manoogian: The general reaction tended to be it was too bad that Disney artists weren’t participating. That was the most common reaction I heard. Not to say that they couldn’t, but obviously most chose not to submit their work for consideration. I’m not going to even attempt to assume why that was. We can all draw our own conclusions from that. I think it’s probably most of what I’d heard, in terms of that. Again, it doesn’t take away from what was honored with the awards. If you think it’s sort of, ‘Gee, it wasn’t a fair competition because Disney wasn’t there,’ well, certainly Disney did a lot of great work, but there was a lot of exceptional stuff with the nominees who were competing against one another. To say it’s only about Disney is not right.

Animag Online: The topic no one can avoid is the Disney/Pixar boycott. Has anything changed since the studios announced last August they would not participate in this year’s awards? Have there been discussions with Disney and Pixar about returning to the awards?

Manoogian: As of this moment, other than where things were left last August, we haven’t heard anything from Disney as far as them saying, ‘Yeah, we should come back,’ or not. Every year, once the event is over, as a matter of tradition, we always sit down and look at everything and we re-evaluate the whole thing — what the categories should be, how the awards are determined, etc. So my guess would be that depending on what direction the organization chooses to go in may determine whether or not Disney wishes to engage in any further discussions at this point. We left the door open. It’s like, ‘I understand what you’re saying and you’re absolutely entitled to feel the way you feel and act the way you want to act,’ but the door is open. So certainly, I don’t think there is any reason why we wouldn’t see Disney as a company participating in the Annie Awards in the future.

Animag Online: So you haven’t spoken with them or had any discussions with them at all since August?

Manoogian: I will say there have been some indirect conversations. I don’t want to over-characterize them or over-dramatize them, but I think, as I said, it’s not a closed issue, and at this point I think everybody is just sort of focusing on the award season now, and this is how they decided they were going to proceed. As far as they’re concerned, that’s how they’re going forward and nothing more has been said about the future, officially or not. They haven’t said yes or haven’t said no. The event is just over now (for another year), so it’s not like we’re going to necessarily move in any direction right away. It’ll probably be many months before changes, if any, or what direction the awards may go in, will be announced. Again, as I said, there’s a whole process of evaluating and making recommendations and just sort of studying where and how we want to go from here

Animag Online: There has been some sharp online criticism of the awards since the winners were announced and two DreamWorks Animation productions — How to Train Your Dragon in features and Kung Fu Panda Holiday Special in TV — dominated the categories they were nominated in. How do you respond to people who say the voting process is biased or that the outcomes have damaged the awards’ prestige?

Manoogian: A lot of it is perception. Obviously what people have read and some of what they’ve read about DreamWorks dominates the voting and therefore they control the outcome and so on, is the result of this last Annies outcome as well as perhaps two years ago. Unfortunately, I can’t go into specifics of who votes and who votes for what. But the only thing I can point to is there have been years, recent years, where Disney productions, Pixar productions have done just as well as Kung Fu Panda and How to Train Your Dragon have. And it’s sort of curious that people have made such a fuss about that, about the DreamWorks productions, whereas when Disney was walking away with a lot of honors, no one seemed to question the system and how the voting was done. That certainly is part of the challenge as far as how to move forward in a way, so that people understand that it’s not about someone stuffing the ballot box or buying votes. Because, again, I think you talk to artists and you’d be surprised who votes for what. Even in the years that DreamWorks did real well, prior to this particular year, you’d be surprised how many Disney people thought very highly of the DreamWorks productions. I think most people who vote, do vote for what they consider to be the best in animation. It’s not about the studio and saying ‘while I work here I’m only going to vote for the studio’s work.’ I think most of the voters are artists and they tend to be most critical of not only their own work but that of their peers. So I think the outcome is based on what people think is truly the best, in their opinions.

Animag Online: You’ve already answered this somewhat, but are you considering any changes to the way the Annies are nominated and voted on after this year’s results?

Manoogian: There could be changes. There may be no changes. I don’t dictate that, ultimately. The board will decide, but everything is thrown on the table; everything gets reviewed.

Animag Online: How important is getting Disney and Pixar back involved with the awards for the future of the Annies?

Manoogian: It’s important that everybody participates. And when you say participate, ASIFA-Hollywood will continue to honor the best in animation whether or not Disney enters, or any other studio enters. I think the real key to making the Annie Awards a real success is to recognize the best in animation. We would hope people would submit their work. I think it helps when you have the support of the studios participating, submitting their artists’ work.

Animag Online: Lastly, what was your favorite moment from this year’s show?

Manoogian: I know a lot of people are talking about the Brad Bird clip, and that was fabulous, but for me personally it was the June Foray Award because the person being recognized was Ross Iwamoto and Ross was the person who got me started in ASIFA-Hollywood. He was the person who recruited volunteers at the time and he encouraged me to participate and get involved. One thing led to another and here I am as a result of that. Ross was very much a mentor to me in that respect and he’s to be thoroughly thanked for that because I appreciate all he did.