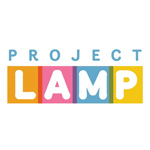 There’s no stopping Zinkia Entertainment’s Pocoyo these days. Zinkia and Hispanic Information and Telecommunications Net (HITN) have embarked on a new Ready to Learn nationwide education partnership. HITN will bring the animated character to a series of tablet, smartphone and cloud-based programs in support of the English Language Learning of Project Lamp.

This new venture is designed to help preschool kids develop critical literacy skills in English. By focusing on English Language Learners whose primary language is Spanish, HITN aims to reach an audience of kids that have been traditionally underserved. This initiative is in keeping with the mission of the US Department of Education’s Ready To Learn program and its Project LAMP (www.projectlamp.org) effort, which supports the development of educational television and digital media targeted at preschool and early elementary school kids and their families, specifically looking to reach low-income kids and close the “achievement gap.”

Created by Guillermo Garcia Carsi, Luis Gallego and David Cantolla, Pocoyo revolves around a curious young boy and his colorful friends. English actor Stephen Fry narrates the English-language version of the CG-animated toon. The show boasts more than 27.5 million content downloads from the official Pocoyo website, while the series, licensed in over 150 countries worldwide, is recognized as a global hit property. Pocoyoworld.com has attracted more than 2.5 million unique visitors.