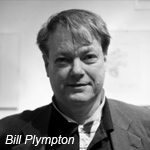 Indie animator Bill Plympton’s new treatment of Winsor McCay’s 1921 short The Flying House is ready to hit the festival circuit in the new year. The short, which won the Best Animated Film Award at the Williamsburg Independent Film Festival last month, was also one of the featured projects in progress at the Annecy Festival in June.

“Using Winsor McCay’s beautiful artwork, I took it upon myself to resurrect his last animated short, Dreams of the Rarebit Fiend: The Flying House (1921), using contemporary digital technology,” says Plympton. “This landmark re-mastering of McCay’s beautiful film is attracting a great deal of attention and controversy. I hope that my updating of this obscure short film will bring the genius of Winsor McCay to the attention of a new generation of animation fans. This brilliant piece of animation was McCay’s last film since he was forbidden to make any more films by press baron William Randolph Hearst. This demand quickly ended his passion for cartoons, and he died soon after.” 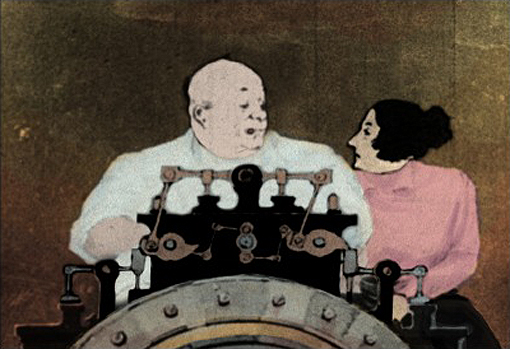 Last August, Plympton’s New York-based studio completed the work of modernizing the film. The original black and white prints were in bad condition, deteriorating, scratched and dirty, there were no voices, sound effects, or music, and the word balloons and inter-titles made it hard to watch. His studio digitally cleaned each frame of damaged footage, added full color, and brought in the voice talents of Patricia Clarkson and Matthew Modine, and a new score by Thomas Vanoosting. Serge Bromberg is associate producer. The film’s premiere is set at a special Society of Illustrators event on February 8. 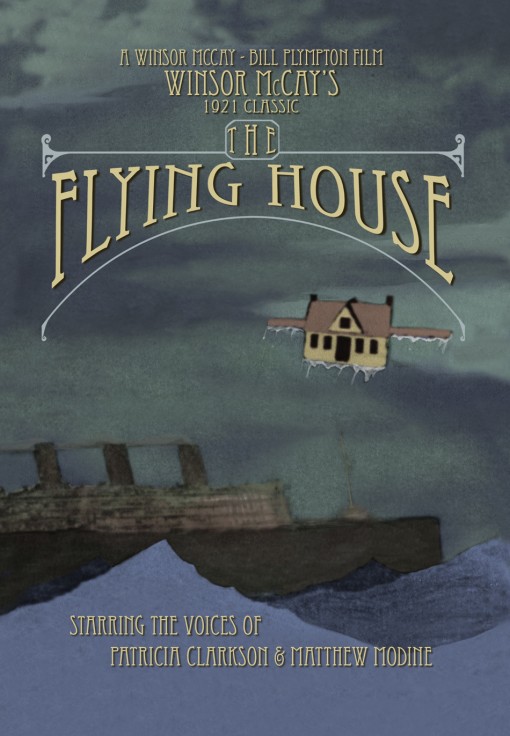 The nine-minute long project is described as a woman’s escapist dream, in which her husband flies their house away from their worldly problems.

As Plympton points out, “this film has current overtones and themes, of a landlord threatening impending mortgage foreclosure, people gathering in protest rallies who won’t take it anymore and the search for new worlds to live in.”

For more info about this wonderful project, visit www.plymptoons.com.