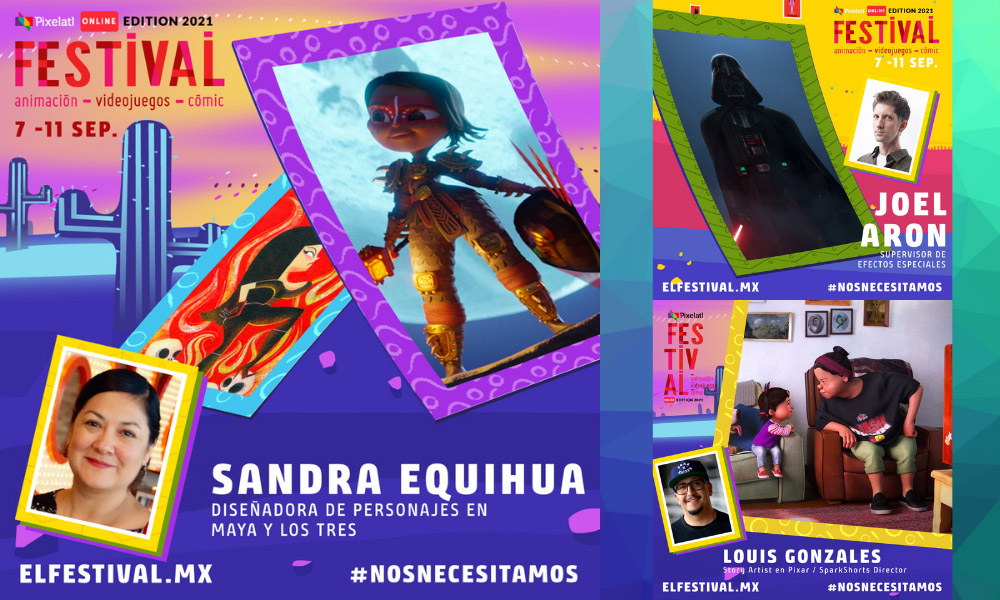 Mexico’s Pixelatl Festival will reconvene entirely online for its 10th edition this year, with the gathering of Ibero-American creators, executives and fans of all aspects of animation, gaming and comics is set to take place September 7 to 11. The full program for 2021 will be revealed August 17, but already this second consecutive COVID-safe edition is promising a bright lineup of confirmed special guests. Thanks to brilliant festival director Jose Iñesta for giving Animation Magazine the exclusive, first-look announcement about the 2021 edition’s exciting new lineup.

The Pixelatl Festival will present five days of projects, workshops and conferences, while promoting emerging projects and fostering the exchange of valuable experiences between industry experts, to build international collaboration networks and to create new audiences. This goal is very consistent with the slogan of this year’s edition: “We need each other.”

“Because there are still travel restrictions for guest studios, broadcasters and networks in the industry, we wanted to continue with the online experience that last year showed that it continues to be just as powerful as the face-to-face event that we have held in Cuernavaca, Mexico,” noted festival director José Iñesta.

Among the more than 100 international guests, notable participants include:

In 10 years of experience, Pixelatl has presented nine editions of the Ideatoon platform to develop intellectual properties through series and animated feature films; eight editions of SecuenciArte, a call to develop comics which has brought 26 titles by emerging artists to print, as well as two picture books for children explaining the earthquakes and the pandemic caused by COVID-19 (translated into 10 languages ​​and eight indigenous languages).

A press conference unveiling the full program will be shared over the festival’s social networks (@Pixelatl) next Tuesday, August 17 at 10 a.m. (Mexico time), streaming on Facebook LIVE.