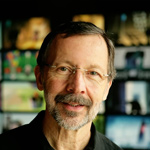 Pixar co-founder Ed Catmull will give a talk April 16 called “Creativity, Inc.: Overcoming the Unseen Forces That Stand in the Way of True Inspiration” for Live Talks Business Forum in downtown Los Angeles.

Catmull, who also is president of Pixar and Walt Disney Animation Studios, has been at the forefront of the Pixar story and a key figure in the animation industry since George Lucas hired him in 1979 to guide the merger of technology and moviemaking.

Creativity, Inc. is a years-in-the-making distillation of the core principles Catmull has used to develop Pixar’s singular creative culture. Its lessons serve anyone who wants to work in an environment that fosters problem solving and creativity and any leader who wants to enable his or her people to thrive and collaborate effectively, and especially building and managing a creative corporate culture. It is based on and shares the title of a new book due April 8 written by Catmull and journalist Amy Wallace.

The talk will be held at the offices of Gensler, located at 500 S. Figuera St. in downtown Los Angeles. Tickets cost $20 and include a continental breakfast starting at 7:45 a.m. and followed by the presentation at 8:15 a.m. Tickets that include a copy of the Creativity, Inc. book also are available for $40.

“Creativity, Inc.: Overcoming the Unseen Forces That Stand in the Way of True Inspiration”