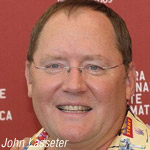 Disney has scheduled an untitled 3D movie from Pixar for release in theaters Nov. 27, 2013.

According to a report on Deadline.com, the release will be an original feature and not a sequel. No other details on the film have been confirmed, though speculation runs high that the film will be a dinosaur-themed project, the next film from director Pete Docter or a project about the 1906 San Francisco earthquake.

Pixar has Cars 2 due out this Friday, June 24, with Brave scheduled for next June and Monsters University, the prequel to Monsters, Inc., for June 2013.

In other Pixar news, the writer-oriented Austin Film Festival has announced that Pixar and Disney Animation chief creative officer John Lasseter will receive this year’s Extraordinary Contributions to Filmmaking Award.

Lasseter will appear at the festival to accept the award at the fest’s annual award luncheon, set for Oct. 22 at the Austin Club. He also is scheduled to speak on several panels during the festival’s conferencing, including “A Conversation with John Lasseter” and “The Art of Storytelling with Caroline Thompson, Hart Hanson and John Lasseter.”