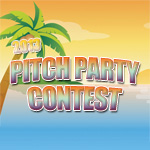 Animation Magazine is proud to announce the next batch of judges confirmed for this year’s Pitch Party contest — the online/print pitching competition that puts your animated project ideas into the hands of industry decision makers. Submissions are now open for this year’s contest, with the winners set to be announced in our July Comic-Con issue. Don’t forget: The pitch with the highest ranking from our judges panel of animation executives will get the chance to pitch their idea to the judge of their choice.

Visit the Pitch Party page to learn more about the contest and see all our judges, and keep checking the news for more updates. 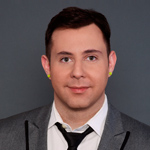 As Vice President of Programming Hub Network, which is an entertainment destination for kids and their families, Ted Biaselli is responsible for guiding projects in all stages from development to air and through current production. As the executive in charge of some of Hub Network’s most successful programs, such as the two Daytime Emmy® Award-nominated series, R.L. Stine’s the Haunting Hour: The Series and The Aquabats! Super Show!, as well as the two Daytime Emmy® Award-winning series, Family Game Night and Transformers: Prime, Biaselli has used his passion and knowledge of the industry to help fuel some of the highest-rated programs on the network, including Littlest Pet Shop.

Biaselli, who reports to Hub Network’s President and CEO Margaret Loesch, has spent over a decade in kids’ entertainment. His experience over the course of his career — which includes programming, production, writing, character design, digital media and voice acting — gives Biaselli unique insight into the creative landscape of kids’ television. Hub Network is a multi-platform joint venture between Discovery Communications and Hasbro, Inc. On October 10, 2010 it re-branded from the former Discovery Kids Network and presently reaches nearly 73 million U.S. cable and satellite households.

Prior to joining Hub Network, Biaselli worked in animation development at Disney Channel, Playhouse Disney, and Disney XD. The Philadelphia native received his Bachelor of Fine Arts degree in Theater Arts from the city’s University of the Arts. He is a member of the National Academy of Television Arts and Sciences (NATAS) and the Screen Actors Guild and the American Federation of Television and Radio Artists (SAG-AFTRA). 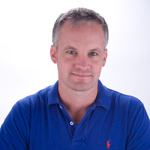 A longtime champion of children’s programming, Higgins previously served as Chief Creative Officer at WILDBRAIN, where he oversaw the company’s television and feature film development and production, including developing and executive producing HBO’s Emmy-nominated The Ricky Gervais Show. Before joining W!LDBRAIN, Higgins was Senior Vice President, Programming and Development for Cartoon Network’s kids businesses from 2003 through 2007, where he managed Cartoon Network’s development, production, acquisition and programming departments and oversaw new original animated series, shorts, Cartoon Network features and specials. Among the many accomplishments during his tenure with the network, Higgins oversaw the development, production and launch of a number of hit series, including Chowder, Foster’s Home for Imaginary Friends, My Gym Partner’s a Monkey, Ben 10 and Camp Lazlo. 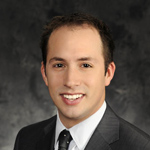 As part of the scripted and animation development/programming team at Hasbro Studios’ HasLab, Executive Director of Development Michael Ross is responsible for bringing Hasbro brands to life in all forms of entertainment, with a focus on international production. Ross joined the then-newly formed, Los Angeles-based Hasbro Studios in 2009, and has since developed a number series for the studio, including Kaijudo: Rise of the Duel Masters, Littlest Pet Shop, My Little Pony: Friendship Is Magic and the seven-time Emmy Award-winning series Transformers Prime.

Most recently, Ross worked in partnership with Shanghai Media Group’s kids’ channel Toonmax in China to produce the Mandarin-language, live-action/animated hybrid series Pei Le Doh: Elf in a Can, based on the hugely popular brand Play-Doh. He continues to work with other Hasbro brands in the China market.

Previously, Ross worked in programming and development at NBC, Sony Pictures Television and Crackle. A native of Cleveland, Ohio, he is a graduate of Florida State University, where he received a Bachelor’s of Fine Arts degree in theater.