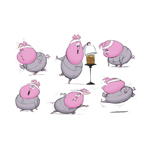 Show biz folks know that comedy is hard, and timing is everything. But when you try to make people laugh in the world of virtual reality, everything is a million times more difficult. Just ask Jan Pinkava and Mark Oftedal, who bravely attempt to introduce humor in the VR world with this new Google Spotlight Stories short, Piggy. The three and a half-minute short centers on a jogging pig who is very tempted by a piece of chocolate cake, but he doesn’t want the viewer to actually catch him being bad!

Pinkava, who is Google Spotlight Stories’ creative director, won an Oscar for the 1997 short Geri’s Game and co-directed Ratatouille with Brad Bird, began working on the project with fellow Pixar alum Oftedal in November of 2016. “I’ve been creative director here at Google Spotlight Stories for five years now, and I have overseen all the shorts as either exec producer or creative director, and I can tell you that Piggy is one of the most complicated ones, although on the surface it’s a very simple short,” says Pinkava. “It’s the most interactive Google Spotlight show, and I was very pleased to collaborate with Mark, who is an old friend from Pixar, with whom I worked on Windy Day and On Ice.”

Pinkava and Oftedal and their small crew of international animators, audio and technical professionals looked at Piggy as a great experiment to push the medium forward. “We wanted to attempt to do an interactive comedy, which is complicated, because how can you do comedy when you are not in control of the timing?” explains Pinkava. “It is a very simple concept. There’s literally nothing in the scene except our overweight, jogging pig, who is very self-conscious. You seem him appear against the white background like Pocoyo, and appearing in the distance like Omar Sharif in Lawrence of Arabia. He knows you are watching his every move, but he wants to get his hands on this delicious chocolate cake under a dome. It’s all about a pig, a cake, and you — the viewer!”

Pinkava explains that Piggy constantly tries to distract the viewer, so that they will divert their attention away from the cake. “It’s a traditional frustration scenario, like the old Warner Bros. cartoons,” says the director. “It explores this interactive relationship between and the animated character, and the animation is high-end, fully realized CG animation. It’s structured in a way that you get the sensation of being in the same space as Piggy, especially in the VR 360-degree version. You are aware that he is aware of you. We added eye tracking so that it feels that Piggy is always looking at  you. You can be antagonistic or not … It’s all up to you!”

Oftedal, Pinkava’s partner in crime, says one of the interesting aspects of the short was they were constantly guessing what the audience is looking at at any given moment. “We set up in a way that Piggy wants you to look away from the cake, so he is going to fake you out,” says the Thailand-based animator. “If you only look at the cake, Piggy’s behavior is going to change. He will try to get you to look away. So, we needed different animation and sound designs for every scenario.”

The team started out with a fairly linear story, and as they come up with different options for the audience and for Piggy, new chunks of animation are created to serve the story. “Sometimes, it’s a larger set-up and sometimes it’s very small, when a character just needs to idle at some point. It’s a little bit harder to predict what will be in the final project when you start the production. You bump into things that you didn’t anticipate at first.”

Produced in conjunction with the team at Evil Eye Pictures in San Francisco, the animation for the short was made by combining Maya’s standard tool sets with Google’s pre-authored Story Development Kit. “Piggy was used as a research project for our group,” says Pinkava. “We want to make our tools useful for other production studios, so we are always refining and improving them and the interactive capabilities of our system. Because this project looks very simple on the surface, it exposes everything — all the nooks and crannies and the foibles of our system. The technology is all about the fitting these new interactive capabilities to the production pipelines that everyone is familiar with.”

Pinkava and Oftedal worked with a team of about 15, which included San Francisco-based producer Camille Cellucci, modelers in Spain and animators in Denmark. “It was tough to find a time zone that was perfect for everyone,” says Oftedal. “We were also developing the engine for the project as we were making the show. You would run into situations when you needed a functionality that we didn’t have, so you’d request it, and the technical team would build it for you.”

Oftedal, who began his career as an artist on The Simpsons and moved on to become an animator on Toy Story, Toy Story 2 and A Bug’s Life and a development artist on Monsters University and Inside Out, says he feels working on these Google Spotlight VR projects is similar to working at Pixar in those early years. “Working on Toy Story was a once in a lifetime experience, and now we feel the same excitement on these Spotlight projects,” he says. “We are at the start of figuring out what we can do in this medium. There are so many possibilities and VR is truly ripe for exploration. Google is doing some amazing work, and each project follows a different direction and style. We are also developing the storytelling language at the same time as the tools and software are being developed. Add to that the fact that Jan and the rest of the team are such great people, and you understand why Piggy was one of the best projects I ever worked on.”

Pinkava on the Promise of VR

“Hollywood and the big animation studios are looking to see how it will all pan out. How will we see movies on the big screen in all these formats — virtual reality, augmented reality, extended reality. You have to produce work that would be right for all these formats. When you have an idea for a project, you have to see how does it play across all these different formats. How do you adapt your production ideas to different ways of telling the stories when you know it will be interactive. All of these different formats have different ways to bring the same ideas and feelings to the audience, and they each have different strengths. So, you have to play to the strengths of the medium.”

“We are very interested in interactive storytelling at Google Spotlight. We are always thinking about how these stories interact with the audience so that it’s believable, and doesn’t show the machinery behind it. The technology is beginning to explore the possibility of some of kind of interaction with the audience, while retaining the belief in the storytelling by the artist and the author. The way the story is presented to you is optimized and customized for each particular time and audience, just like a storyteller would change the way a story is told to match the audience. Piggy is a good example of how we’re able to push out the barriers of interactivity, and we’re trying to do that with one of the most difficult aspects of entertainment, which is comedy.”

Exploring VR in Annecy
Piggy is one of 11 special VR projects screening at the Annecy Festival this month. The other projects are: 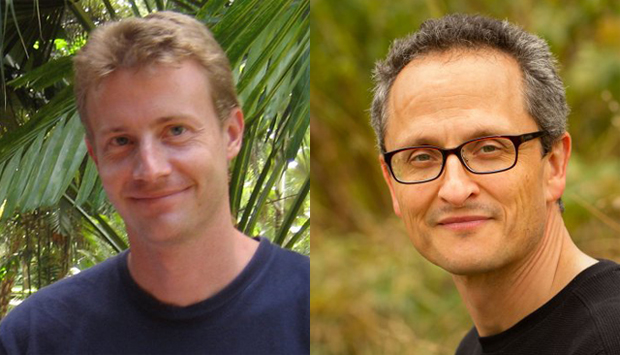 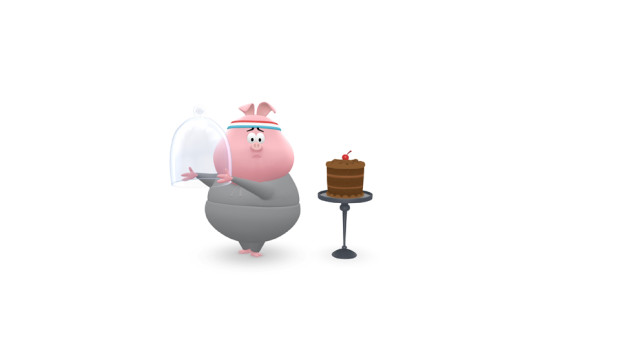 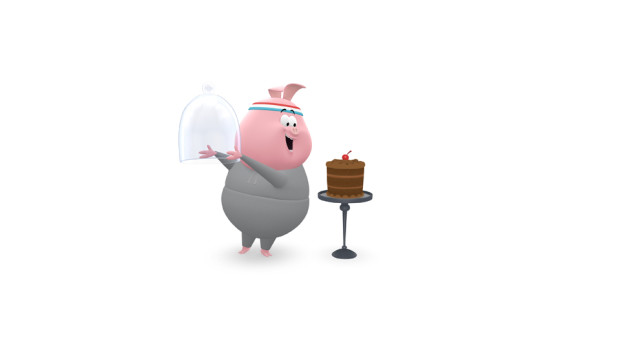 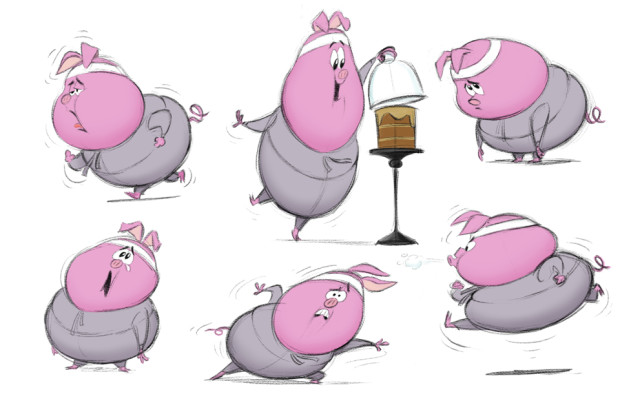