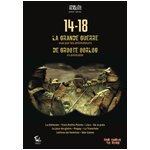 This year marks the 100th anniversary of the start of World War I, also known as The Great War, and its impact a century on is being explored via animation in a new program running at several top European animations this year, including Annecy.

The screening program is called 14-18 and features nine animated films about the war. The program was initiated by Philippe Moins, festival director of the Brussels Anima animation festival, which showed the program at its event in March. The event also was seen at the Stuttgart Animation Festival and will screen three times at Annecy.

It includes films from France, Belgium, Great Britain, Canada and New Zealand – all nations that fought and lost men in the war.

We caught up with Moins to talk about the program.

Animation Magazine: The program of all nine films is impressive.

Philippe Moins: Yes, some films are funny. But most of them are dramatic.

Animag: What was the main reason you initiated the program?

Moins: Before everybody in Belgium spoke about this year’s festivities, I had the feeling there were a lot of directors who made animated films about The Great War. The big difference with the subjects of animated films about the Second World War, the red line of the stories about 14-18 are been placed in the trench on the battlefield. The directors were impressed by the life and situation of the soldiers in the trenches. In France, there are many books written about this, like the tragicomedy Au revoir là-haut by the crime author Pierre Lemaître. Also many comic books were published about The Great War.

Animag: What do you think the impact of these impressive short films will be?

Moins: That is a big question. Normally, animation is chosen for funny subjects, with gags. The program is not suitable for young audience, younger than 12 years, but I could be interesting to show the animated films to young audience in the age of 14-18 years in school. Animation is a better way to explain what happened during this war, instead of showing serious documentaries.

Animag: The nine short also was shown at the Stuttgart Animation Festival and will be seen in Annecy. Germany and France were enemies in the time the animations are about.

Moins: It is like a symbol. After I made this program for Anima I heard Stuttgart and Annecy had plans to work on a program about 14-18 too. I contacted them to collaborate and present it as a combined idea. This collaboration is a very good way to explain to citizens in these countries what happened in this war between the different countries. I hope people who will visit the animation festivals will think and reflect about the theme, the program is not a political statement.

Moins: Maybe a similar program about the Second World War would be more complicated.

Animag: Do you hope the Belgium, German, French, Canadian and New Zealand TV will broadcast the shorts in a program?

Moins: That would be nice and good idea.

All nine animation films have being released on a DVD. For more info on the release, visit www.animafestival.be. 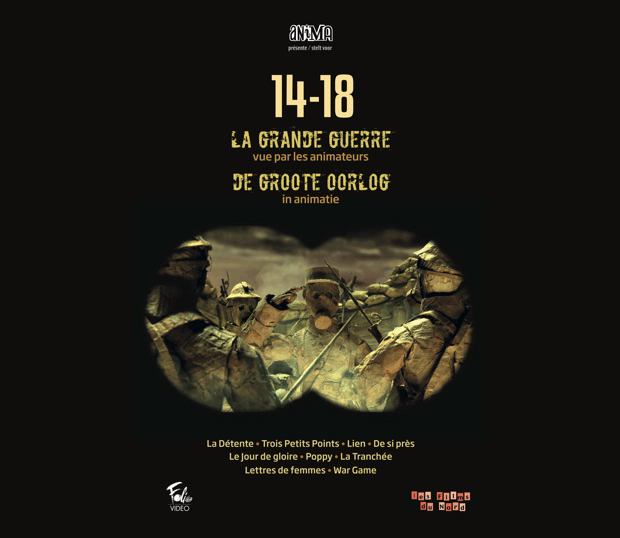 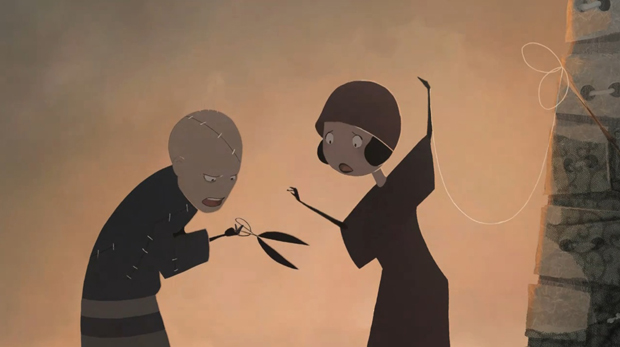 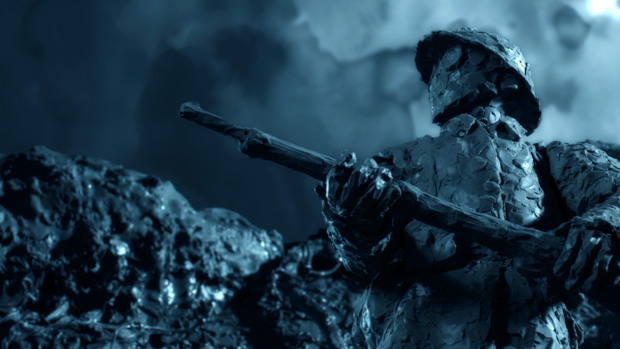 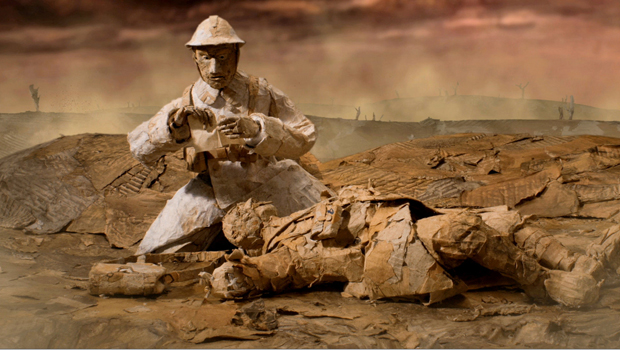