The Walt Disney Animation Research Library (ARL) and the Getty Conservation Institute (GCI) announce that the second phase of their collaborative cel conservation research project has begun. Over four years, scientists and conservators from the ARL and GCI will investigate optimal storage conditions for cels, as well as strategies for re-attaching flaked and delaminated paints to the plastic surface.

The joint effort has been the keystone of GCI’s Preservation of Plastics project, one of the key components of its long-term Modern and Contemporary Art Research Institute. The research is made possible by a contribution from The Walt Disney Company and funds from the GCI.

The collaboration has been led by Michael Schilling, senior scientist at the GCI, and Kristen McCormick, Art Collections and Exhibitions Manager at the ARL. Continued work will be performed not only by outside professionals, but several in-house GCI staff. The spirit of cooperation and lending of expertise can serve as models for future partnerships in plastics conservation.

“We hope that knowledge gained by this research will inspire other collaborations that lead to advances in storage conditions and conservation treatments,” says McCormick. “Who could fault us for dreaming of a world in which characters like Snow White, beautifully rendered in animation cels, live happily ever after?” 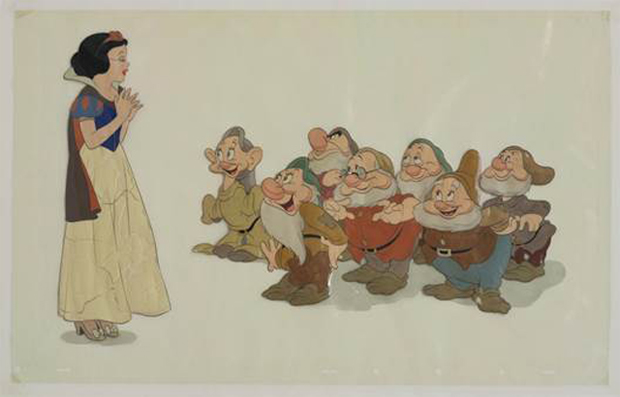