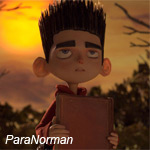 If you’ve been dying to own a piece of original, hand-crafted material from LAIKA’s Oscar-nominated feature ParaNorman, your wish will be granted on Friday (Feb. 22). Variety – The Children’s Charity of Southern California will host an online auction of two props from the popular stop-motion pic, directed by Chris Butler and Sam Fell.

The internet auction is coordinated through Profiles in History, the world’s largest auctioneer of original Hollywood Memorabilia, www.profilesinhistory.com, and will begin on Friday, February 22nd and will end Monday, March 4th. Proceeds from the auction will go to help inspire hope, enrich lives and build a better future for children with special needs in Southern California.

Including a letter of authenticity from LAIKA’s studios in Oregon, where the stop-motion-animated feature was lovingly hand-crafted on-site, the auction lot is for two props that were made in-studio and then featured on-screen; in the film’s story, the town of Blithe Hollow, where ParaNorman’s 11-year-old hero Norman Babcock lives with his family, commissioned a historical plaque commemorating the famous capture of a witch from 300 years ago, along with the accompanying mold “cast” of the witch’s head. In the frightfully funny, magically emotional, and hilariously spooky ParaNorman, the revelation comes that the centuries-old witch’s curse is real and is about to come true – and only Norman will be able to stop it from going into overdrive and harming the townspeople, by summoning up courage and compassion in a wild race against time.

In addition to its Academy Award nomination, ParaNorman has won two Annie Awards and been cited as best animated feature film by 14 critics’ groups, more than any other 2012 animated feature.