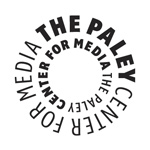 L.A. residents will get the chance to attend a special premiere screening of the new Fox-TV animated series Napoleon Dynamite on Wed. Jan. 11th at the Paley Center for Media in Beverly Hills. Slated to appear in person are actor/exec producer Jon Heder (Napoleon Dynamite), Efren Ramirez (Pedro), Tina Majorino (Deb), Diedrich Bader (Rex) and Sandy Martin (Grandma). Additional members of the cast and creative to be announced later.

Based on the hit film and voiced by the film’s original actors, the comedy series follows the misadventures of an awkward high school teenager and his quirky friends as they struggle to navigate life in rural Idaho. Members of the cast and creative team will join us following the screening for a behind-the-scenes look at the series, which will join FOX’s Animation Domination block on Sunday, January 15, at 8:30 pm. The new toon is exec produced by Mike Scully, Jared Hess and Jerusha Hess. Jeremy Coon is co-exec producer, and Sean Covel and Chris Wyatt are co-producers.