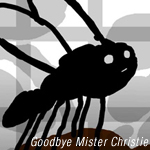 The film, a continuation of The Christies, which won the top prize in Ottawa a few years back, beat out four other films in competition: Sylvain Chomet’s The Illusionist, the anime One Piece Film – Strong World, Keita Kurosawa’s Midori-Ko and Brent Glass’ Gravity Was Everywhere Back Then.

Best Narrative Short: This is love by Lei Lei (China).

The members of the 2010 International Jury for the Short Program, Student and Commissioned Films are: Frances Leeming (Canada), Munro Ferguson (Canada), and Maya Yonesho (Japan).

The members of the International Jury for the Feature Film Competition are: Atsushi Wada (Japan), Torill Kove (Canada/Norway), and Michaela Pavlatova (Czech Republic).