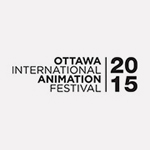 Organizers of the 2015 Ottawa International Animation Festival — North America’s premiere animation event — has unveiled the complete list of films programmed for the Official Competition. Taking place September 16-20, the OIAF will present 79 films representing 23 countries (culled from over 2,000 submissions) in competition, plus 69 additional films screening as part of the Showcase programs.

“This was without doubt one of the strongest years I can recall”, says Chris Robinson, OIAF Artistic Director. “The quality of almost every category was high. We could have easily added another 1-2 competition screenings. Animators continue to prove that animation is the summit of all arts. I’m really excited to see how audiences – and juries – react to this year’s diverse group of works.”