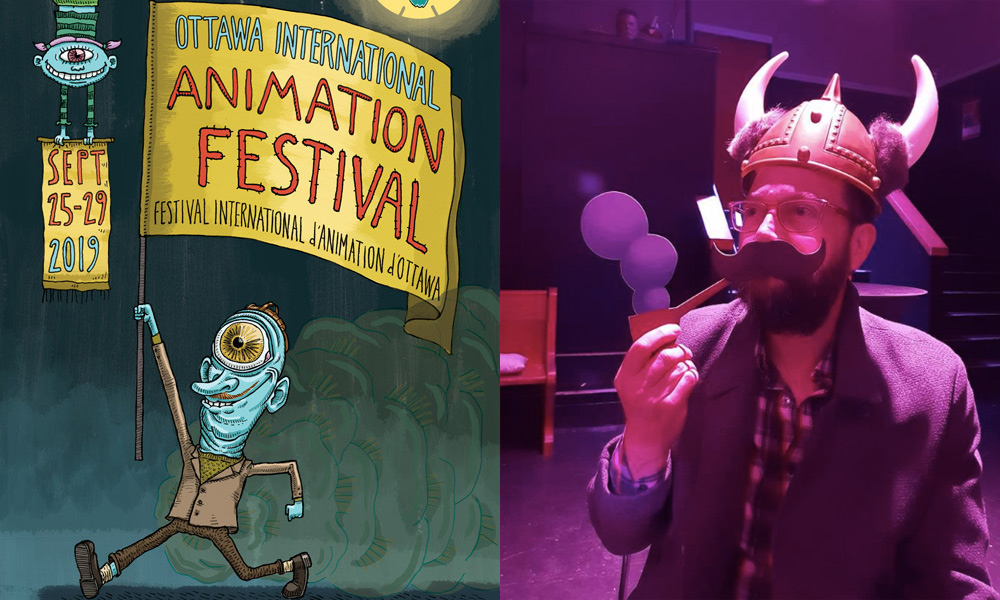 If you feel like taking in some of the best animated shorts, features and behind-the-scenes panels of the year, then it might be in your best interest to hop a flight to the Canadian capital for this month’s fantastic Ottawa International Animation Festival. As usual, the event, which takes place September 25-29, kicks off with the fun and informative The Animation Conference (TAC) at the Fairmont Château Laurier, and continues through five days of off-the-wall, inspiring and transformative programs.

We caught up with the always entertaining festival director Chris Robinson to get the scoop on OIAF 2019. “We have some great retrospectives this year: Lizzy Hobbs, Kathy Rose, Lei Lei… and Don McWilliams has put together a great NFB 80th Anniversary program for us,” he notes. “There’s also some vintage French animation being curated for us by Jean-Baptiste Garnero of CNC in France. We have a couple of features that we can’t talk about yet that will excite more than a few people.”

Robinson has also curated a program (Animation Takes a Drive) about how cars have turned everyone into raging twits. He says he is also very excited to have Polish artist Piotr Bosacki at the festival. “One of the Clyde Henry (Madame Tutli-Putli) guys lives across the street from me in Montreal. He introduced me to Bosacki’s work last year and I just loved it. I mean… it’s tough… it’s minimal, experimental, it’s dialog-heavy, it’s funny and weird and smart. It asks for patience, so it’s not for everyone (which might be the OIAF motto!) but I am really excited that we’re bringing his work to a new audience. That’s always fun.”

Festival-goers will be able to screen some of the most talked-about shorts of the year, such as Tomek Popakul’s Acid Rain, Priit Tender’s Orpheus, Theodore Ushev’s The Physics of Sorrow and Chintis Lundgren’s Toomas Beneath the Valley of the Wild Wolves, to name a few. Feature-length entries including Anca Damian’s Marona’s Fantastic Tale, Gints Zilbalodis’ Away, Jérémy Clapin’s I Lost My Body and Ayumu Watanabe’s Children of the Sea are also some of the highlights.

The festival has been getting a lot more animated shorts entries in the past few years than when Robinson came on board in 1992. Back then, the event received 750 entries over a two-year period. “This year, we had over 2,200 animated shorts entries – which, thankfully, was down from the previous year,” says Robinson. “We might be the only animation festival that doesn’t give a damn about entry records. We’ve been smashing our records for years and there were times when we got more entries than any festival – including Annecy. But, it gets tedious. Generally, those extra films are duplicates or just crap. I’m quite happy to keep the totals lower. We will still find high-quality work!”

Robinson says many of the selected shorts reflect our collective mood as citizens of the world. “Not surprisingly, a lot of works ponder the chaos of our time and where we fit into it all,” he notes. “I get this real sense of people being a bit lost — in exile from their lives. They’re struggling to deal with personal identity, with social media and assorted devices… but then, you also get the that other batch of films about cats, fish, dicks, plants and vaginas!”

He says among the films that really took him by surprise were: “Finding Uranus, a Canadian student film by Ivan Li. Everyone will be talking about this film. If Kubrick returned from the dead and was going to make an animation film about self-pleasure… well.. .this might be it! Then, there’s Baby Baby by Aggelos Papantoniou and Nikhil Markale (Australia), which is

About a baby getting a very disturbing phone call whilst playing in his room. I also found Our Sound by Kenji Iwaisawa quirky, funny and touching. It’s a little indie feature from Japan which reminded me of Aki Kaurismäki’s works (deadpan/absurdist melodramas). Finally, there’s Albert Birney’s Tux and Fanny (U.S.A.). This feature will polarize OIAF crowds like Phil Mulloy’s minimalist features did a while back. I am perfectly okay with that. I love this mind twirler!” 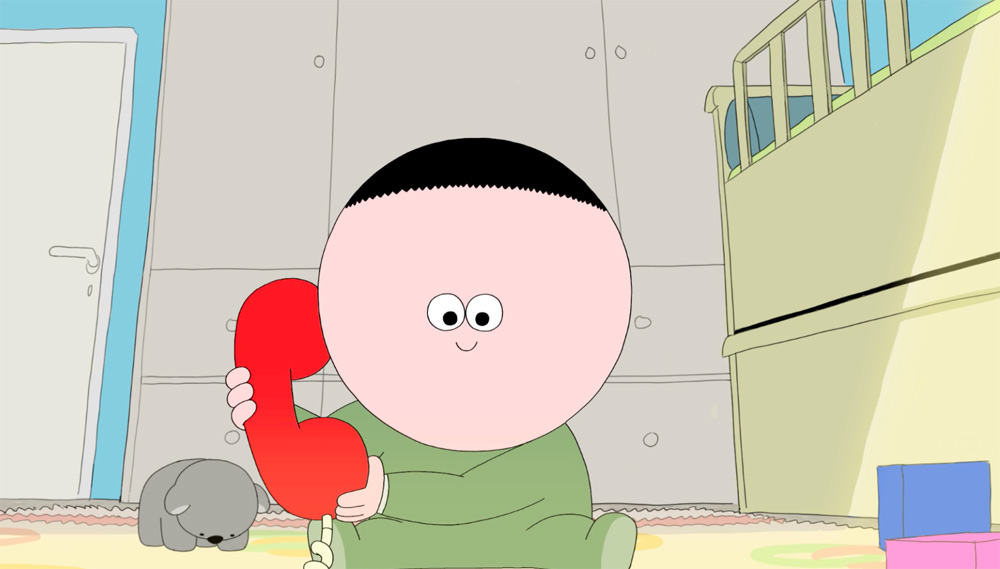 Robinson says from his perspective, it’s refreshing to receive more and more projects from individuals as opposed to studios. “That’s always a good thing,” he notes. “And there’s a lot of diversity in the content. People are tackling assorted issues (sexuality, identity, mental illness) that maybe animators were once reluctant – for whatever reason — to address.”

He adds, “I think a lot of the animation crowd will be eager to see the new films from Piotr Dumala (The Last Supper), Theodore Ushev (The Physics of Sorrow), Chintis Lundgren (Toomas Beneath the Valley of the Wild Wolves). There are some interesting new voices like Chris Dainty, Sophia Gate, Boyoung Kim. There might even be an Estonian film or two. We selected all these films in competition and panorama because they each had something that resonated with us. You just hope that the audience finds a connection, too. It doesn’t matter which film or why, just so long as people can find something that rattles them a bit. It’s always healthy for your soul to be stirred and shaken a bit!” 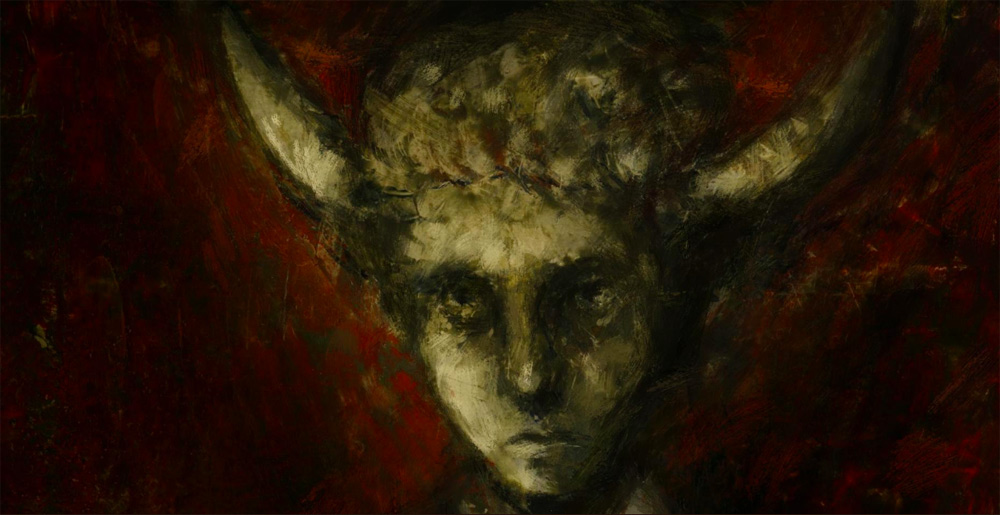 In addition, the festival also offers a robust VR sidebar, showcasing titles such as Chris Lavis and Maciek Szczerbowski’s Gymnasia, Ross Hogg and Robbie Gunn’s 4:3, Nicolas Champeaux and Gilles Porte & Oerd van Cuijlenbord’s Accused No. 2. Keltie Duncan, who was in charge of the VR entries this year, notes, “Our VR competition highlights VR as a powerful social justice tool, as well as an excitingly experimental yet playful burgeoning artistic medium. It was very competitive and tough to narrow down — so much so that in addition to our well-rounded group of six projects in the official competition, which encompass multiple different uses of VR for storytelling and experiences, we also have an out-of-competition, one-day-only selection for our Animation Exposé event.” 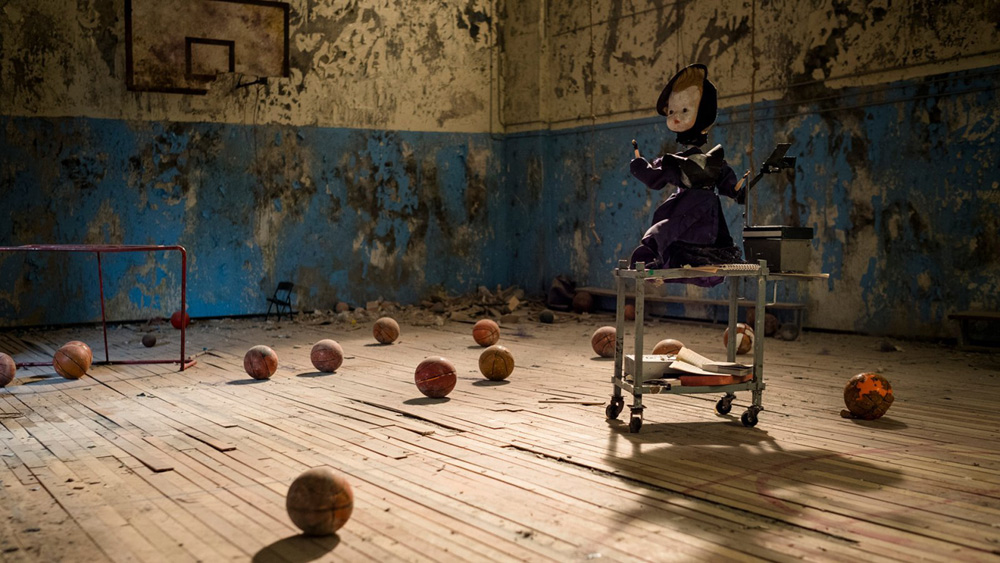 When it comes to dispensing advice to animation creators, Robinson has some valuable words of wisdom, as usual. “Make it for yourself, no one else – not your mom, dad, uncle, dog, teacher, producer, mentor. I mean, have something interesting to say (preferably from something you have experienced firsthand) because you clearly want to communicate with people… but at the end of the day make a work that makes you smile, shake and nod your head with pride!”