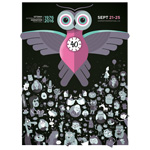 North America’s largest dedicated animation event, the Ottawa International Animation Festival, is celebrating its 40 anniversary this year. OAIF 2016 will run September 21-25 and mark this milestone with an exciting program that mixes that past, present and future of the medium. Organizers have also revealed the 40th anniversary poster, designed by local artist Michael Zavacky.

“It was a great honor to be asked to design the OIAF 40th anniversary poster and I really wanted to create something that paid tribute to the long and illustrious history of this amazing event,” said Zavacky, who has produced a number of campaign ads for OIAF in the last few years. “I also wanted to design something that people who attend OIAF would hopefully appreciate and enjoy exploring. So I started packing it full visual references to characters and objects that have played a starring role in the history of OIAF. It’s a veritable ‘Where’s Waldo’ of things to find and try to identify.”

Programming highlights for 2016 will include a first-ever retrospective screening of every Grand Prize-winning film since 1976. Many of the Grand Prize filmmakers are set to attend the event, including three-time winner Igor Kovalyov. OIAF has also commissioned international animation historians, programmers and critics to write essays about each of the films.

The Festival’s Artistic Director Chris Robinson notes: “True to the OIAF’s edgy, eclectic nature, the winners include a mix of animation classics (e.g. The Street, The Man Who Planted Trees, The Wrong Trousers, Ryan), controversial choices (e.g. Jerzy Kucia’s Chips at Ottawa ’82, Igor Kovalyov’s Hen, His Wife from Ottawa ’90 and last year’s winner, Small People with Hats), along with an assortment of innovative picks that have helped solidify the OIAF as a festival that dances to its own beat.”

Visit animationfestival.ca for more information about the Festival. 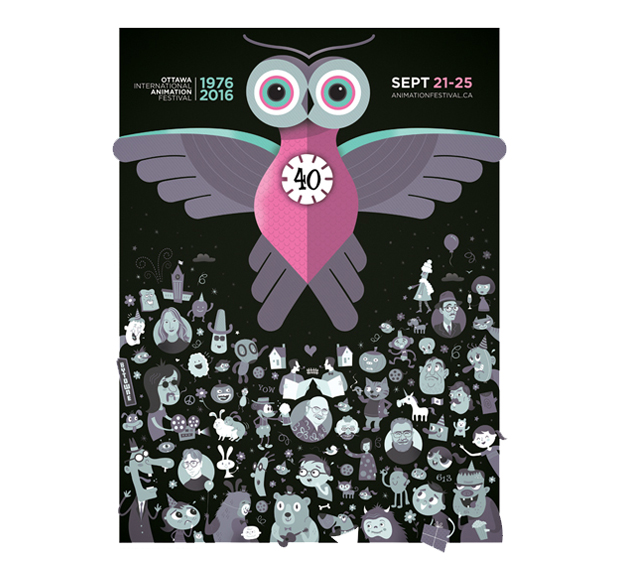