The nominees are in! Read what the finalist filmmakers have to say about being recognized by the Academy, below. The 89th Oscars will take place February 26.

“I’m over the moon! An Academy Award nomination is an extraordinary and cherished gift. Two nominations is more than anyone could hope for. Every filmmaker dreams of a moment like this. But the truth is, I already lived my dream by making this film. Movies have always given me great joy. They enriched my life. They inspired me to dream. That’s the kind of film our team at LAIKA sought to make with Kubo and the Two Strings. A film is a slice of a hundred souls. In this case many more. An incredible, immense community of artists gave ceaselessly and selflessly to breathe life into this story. I’m so thankful for their talents and efforts and so proud of what we’ve done together. I’m profoundly grateful to the Academy of Motion Picture Arts and Sciences, who somehow saw fit to include us among the finest storytellers in film. It is a tremendous honor to stand alongside them.” – Director and producer Travis Knight

*** Knight was previously nominated for the Oscar for The Boxtrolls, which he produced.

“Hello, and a grateful ‘Thank you, Academy!’ from Sweden, where we are currently promoting Moana. We’re beyond honored and excited – for the film, for all of our colleagues at Disney Animation, and also for Lin-Manuel and his nomination for ‘How Far I’ll Go,’ which perfectly captured Moana‘s spirit of adventure and exploration. ” – Directors John Musker and Ron Clements, and producer Osnat Shurer

*** Musker & Clements were previously nominated for the animated feature Oscar for The Princess and the Frog (2010); Clements was also nominated for Treasure Planet (2002).

“To see My Life as a Zucchini nominated as one of the world’s five best animation films is a rare and incredible feeling. Our foremost wish was to tell a story to children, one that teaches them not to be afraid, not to respond to violence with violence and to break down the walls that prevent us from sharing our differences. The way in which the film and its message have been received have completely overwhelmed us. We have to thank all of those who created this film with much love. To receive such love in return today is the most beautiful of rewards for all of us. We would like to share this honor with all of those who supported us in Switzerland, in France, in Europe and now in the United States.” – Director Claude Barras

“I’m delighted that our animated feature film The Red Turtle has been nominated by the members of the Academy! It’s fantastic! What an amazing honor for all of us who worked on the film with so much dedication and so much passion.” – Director Michael Dudok de Wit

***This is Dudok de Wit’s third Oscar nomination; he won the Best Animated Short prize for Father and Daughter.

“We want to thank the Academy for honoring the hard work and passion that each and every artist put into Zootopia – the film, and its message of unity in a complex world, has been recognized in ways we couldn’t have possibly imagined.” – Directors Byron Howard and Rich Moore, and producer Clark Spencer

*** Both directors are previous Oscar nominees: Howard for Bolt (with Chris Williams) and Moore for Wreck-It Ralph.

“It’s really fantastic to get this nomination. I’m over the moon! But this honor is not just for me: I want to thank my collaborators, especially my producer, Marc Bertrand, and the author, Georgi Gospodinov. So the entire NFB will be over the moon, at a big party on the moon with Vaysha!” – Director Theodore Ushev

***This is Ushev’s first Oscar nomination — but it is the 74th for the National Film Board of Canada.

“We set out six years ago to make a very different film from Borrowed Time. We stumbled and failed and picked each other up along the way, with the goal of simply making something that would find its audience. What started as a group of friends making a film for the love of it has turned out to be the journey of a lifetime. Never was the prospect of attending the Oscars in our minds. But here we are. We are so deeply grateful for this nomination!” — Directors Andrew Coats and Lou Hamou-Lhadj and producer Amanda Deering Jones

“I continue to feel proud of the world wide team of artists and coders that made Pearl a reality. Thanks especially to the pirates of Google ATAP for rallying behind our little labor of love and thanks to the Academy for this morning’s recognition!” — Director Patrick Osborne

“We are incredibly honored by this morning’s nomination of our Pearl. Pearl is dedicated for all parents and those that create beauty and possibility out of everyday life. Thanks to the Academy and the heart and spirit behind Google Spotlight Stories and our global crew that made it possible.” — Producer David Eisenmann

“I was watching my kids grow, learn and take brave steps in the journey of growing up when the idea for Piper came to me. Since bringing it out into the world, I have realized Piper is very much like a child to me, and I’ve watched with awe as it has been embraced by audiences worldwide. Now, to be recognized with a nomination is truly humbling. To the Academy, and all those that have helped shepherd Piper along her way, I am truly thankful.” — Director Alan Barillaro

“I came back from lunch during the Oscar announcement to find a bottle of Pear Cider and a pack of smokes sitting on my desk. How cool was that?” – Director Robert Valley

“I’m thrilled and absolutely humbled to be nominated. It’s a great achievement by everyone involved, and a privilege to help tell such an important true story. Extending my congrats to the many artists at Iloura who worked on the film, and for their families that support their craft.” — VFX supervisor at Deluxe’s Iloura Jason Billington

“To get recognized for this work is truly amazing. Effects like those in Deepwater Horizon don’t happen without a tremendously talented and dedicated crew. We were fortunate to be challenged by Pete to do work that pushed the craft forward, and a crew that could do it. It’s rare these days to get to work on a film with such large effects that need to be seamless, and for such an important story that everyone felt so passionately about. I’m humbled to be able to represent all the hard work that went into it.” – Visual Effects Supervisor Craig Hammack, ILM

“Very thankful to the Academy for the nomination today. What an incredible list of films and great people to be amongst. Thank you Kevin Feige, Louis D’Esposito, Victoria Alonso, Scott Derrickson, Susan Pickett and the amazing team at Marvel. Congratulations to my partners on the film Richard Bluff, Vincent Cirelli, Paul Corbould, and the many artists who all contributed so much.” — VFX supervisor Stephane Ceretti

*** Ceretti has previously been nominated for the VFX Oscar for Guardians of the Galaxy (with Nicolas Aithadi, Jonathan Fawkner and Paul Corbould).

“This nomination is such a thrill and at the same time quite humbling when you remember that we represent the vast contributions of a tremendous team of artists – from Jon Favreau’s expert direction, to the actors’ inspired performances and the partnership of the animators to bring those performances to life, to the cinematography, art direction, set design and lighting, the list goes on and on. While the film was virtually created there is nothing virtual about the caliber and artistic contribution of literally hundreds of filmmakers sharing one vision for the film. Disney’s support made for a warm and encouraging atmosphere in which all of us could do our very best work and enjoy such a rewarding opportunity. Receiving this Oscar nomination from our peers is beyond ‘the icing on the cake.’ Humbling indeed.” — VFX supervisor Rob Legato

*** This is Legato’s fourth Oscar nomination; he won the VFX award for Hugo (with Joss Williams, Ben Grossmann and Alex Henning) and Titanic (with Mark A. Lasoff, Thomas L. Fisher and Michael Kanfer).

“As much as Kubo and the Two Strings is an homage to Japanese culture and to woodblock artists including Kiyoshi Saito, it is also a tribute to special effects pioneers Ray Harryhausen, Willis O’Brien, Jim Danforth, and the many innovative FX artists who tell stories using in-camera effects, puppets, and human hands. We’re thrilled for the artists at LAIKA who put years into realizing Kubo. For all of us at the studio, being recognized alongside such distinguished and talented members of the VFX community is truly an honor.” – Steve Emerson, Oliver Jones, Brian McLean & Brad Schiff

*** Kubo is the first animated film to be nominated for a visual effects achievement by the Academy since The Nightmare Before Christmas (1994).

“I couldn’t be more proud of the achievement on Rogue One. Although the Academy only recognizes four people on the nomination itself, visual effects is truly a team effort and we had an incredible team on this film. On behalf of the nearly 800 artists, technicians and production folks around the world that contributed tirelessly to the work you see on screen and equally important, everything that goes on behind the scenes to make it happen, we are deeply honored to receive this recognition.” – VFX supervisor John Knoll

*** This is Knoll’s sixth VFX Oscar nomination; he has won the award for Pirates of the Caribbean: Dead Man’s Chest (with Hal T. Hickel, Charles Gibson and Terry D. Frazee).

“Thank you to the Academy of Motion Picture Arts and Sciences—thank you so much for this honor. I spent a good chunk of my childhood memorizing Billy Crystal’s musical Oscar monologues, so this is insane. Seeing The Little Mermaid changed my life at nine years old, so to work with its directors Ron Clements and John Musker on Moana has been a dream come true. I share this humbling honor with them, my Moana songwriting partners Opetaia Foa’i and Mark Mancina, and the entire Disney family. Congratulations to all this morning’s incredible nominees. And future congratulations to the kids watching the telecast this year, singing along with their favorite songs, performing epic private concerts for the mirror with a comb or a toothbrush microphone. You’re next.” – Composer and lyricist Lin-Manuel Miranda 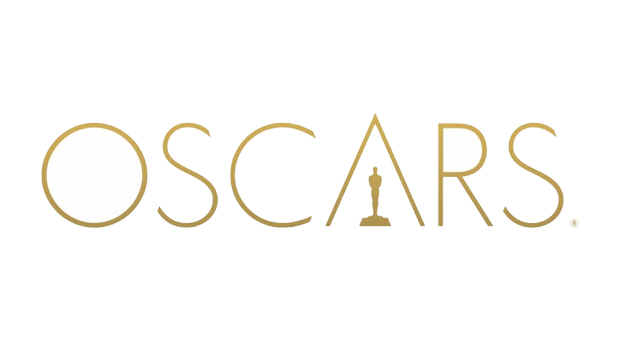