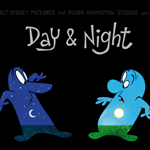 The annual announcement of the Oscar nominations usually sends movie fans rushing off to the theaters to see films they may have missed. And once again, Shorts International and Magnolia Pictures are teaming up to bring the nominated short live-action and animated films to theaters just in time for folks to make more than an educated guess in their office Oscar pool.

The group will bring the nominated short films to more than 150 theaters across the United States and Canada starting Feb. 11. The program will include all the nominated films in the Best Animated Short, Best Live-Action Short and — for the first time — the Best Documentary Short categories.

Along with the theatrical run, the nominated short films will be released individually Feb. 22 on iTunes in the United States, Canada, United Kingdom, France, Germany and other iTunes Stores throughout the world. The release will also be available via cable’s Movies On Demand, distributed by iN Demand LLC.

As announced this morning, the nominated films in these three categories are:

The winners will be announced at the 83rd annual Academy Awards, set for Feb. 7 at the Kodak Theater in Hollywood.