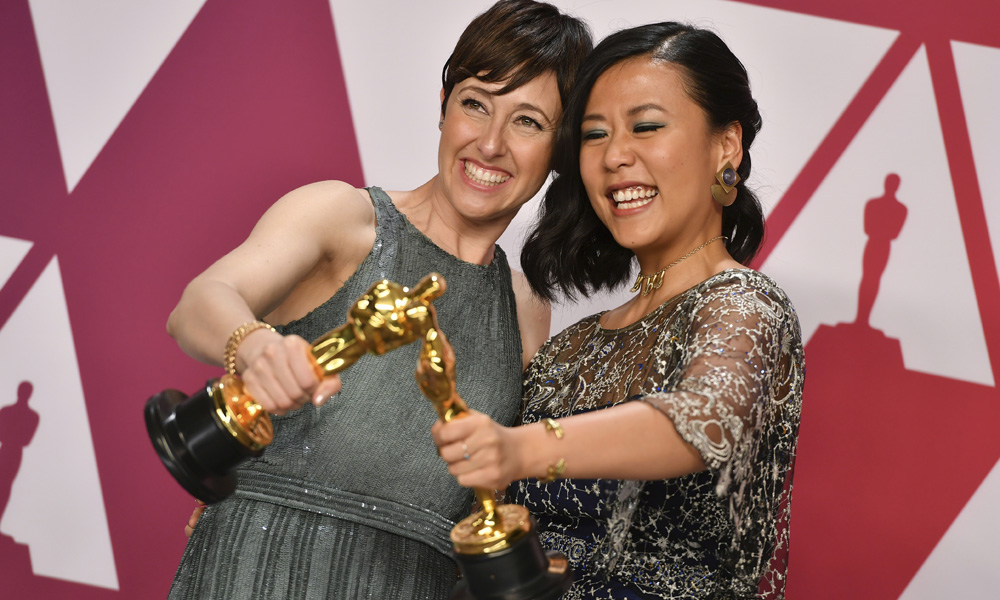 The Academy’s Board of Governors has approved Oscars rules for the 92nd Academy Awards, including notable changes to the Animated Feature and Animation Short competitions, as well as a name change for the Foriegn Language Film category which is now International Feature Film — animated and documentary picture are permitted in this category, and all other rules and eligibility remain the same.

“We have noted that the reference to ‘Foreign’ is outdated within the global filmmaking community,” commented Larry Karaszewski and Diane Weyermann, co-chairs of the International Feature Film Committee. “We believe that International Feature Film better represents this category, and promotes a positive and inclusive view of filmmaking, and the art of film as a universal experience.”

In the Animated Feature category, the theatrical release of eight eligible animated features in the calendar year is no longer required for the awards category to be activated. In addition, nominations voting will be automatically open to all active members of the Short Films and Feature Animation Branch. Other active voting members of the Academy must opt-in to participate in the nominations round.

In the Short Film categories, Animated and Live Action Short Films now have the option to qualify theatrically in either the City of New York or Los Angeles County to be eligible for submission. The Academy’s Board of Governors voted to maintain Rule Two, Eligibility for the 92nd Oscars. The rule states that to be eligible for awards consideration, a film must have a minimum seven-day theatrical run in a Los Angeles County commercial theater, with at least three screenings per day for paid admission. Motion pictures released in nontheatrical media on or after the first day of their Los Angeles County theatrical qualifying run remain eligible.

“We support the theatrical experience as integral to the art of motion pictures, and this weighed heavily in our discussions,” said Academy President John Bailey. “Our rules currently require theatrical exhibition, and also allow for a broad selection of films to be submitted for Oscars consideration. We plan to further study the profound changes occurring in our industry and continue discussions with our members about these issues.”

The Board also upped the number of nominated films for Makeup and Hairstyling from three to five, and the shortlist from seven to 10. Other amendments covered date changes and housekeeping.