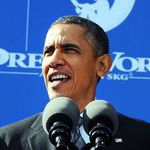 President Obama talked about the economy, praised DreamWorks and got the inside scoop on two of the studio’s upcoming movies, during his visit to the Glendale campus today (Nov. 26).

“I’m going to ask Jeff if maybe I can work here,” Obama said to the crowd outside the studio. It’s a great place to work, but all of you have friends and family who aren’t as lucky. A lot of people are still struggling out there. Entertainment is one of the bright spots of our economy. The difference between what we can do and other countries is enormous. This is one of America’s economic engines. Not just DreamWorks, but Disney, Warner, Universal and others.”

Earlier today, the president observed a mo-cap scene for the June 2014 feature How to Raise Your Dragon 2, in the company of director Dean DeBlois and producer Bonnie Arnold. “That was wonderful,” the POTUS said. “Coming to a theater near you!”

He was accompanied on his VIP trip by topper Jeffrey Katzenberg, one of the president’s top supporters. He then sat in a recording of the studio’s holiday 2014 feature Home, with two of the sci fi fantasy’s stars, Steve Martin and Jim Parsons.

“How’s the banjo playing?” Obama asked Martin, who had performed at the White House before. The popular actor told the president that it had “the biggest thrill of his life.” Without missing a beat, Obama responded, “That’s how I felt about it…I told Michelle: ‘Biggest thrill of my life. Inauguration, nothing, Steve playing banjo, that was big.'”

Home director Tim Johnson described the movie to Obama as “an alien invasion film told entirely from the alien’s point of view.”

“Well where did we go?” Obama asked. Johnson explained, “Humans are put on a preserve in the movie.” Obama asked, “Do they feed us?” The helmer responded, “Mostly ice cream,” and Obama offered an approving look, per the Los Angeles Times.

The president was then treated to a clip of the one of the film’s aliens, mouthing an audio clip of Obama speaking at an official event.

“Happy Thanksgiving, everybody, welcome to the White House,” the alien said in Obama’s voice, which made the president laugh. “Now that’s good, I’ve got to get that clip…That will impress the girls. That’s wonderful.”

Tim Johnson then offered to animate Obama’s next State of the Union address, before the president observed the actors recording some lines in a studio booth.

Outside the studio’s Glendale campus, vfx professionals held a peaceful rally, wearing green (for the color of green-screen) and held signs to protest tax incentives that took visual effects work away from California and to offshore studios.

This has been quite a historic event as it marks the first time a sitting president of the U.S. has visited an animation studio.

Update: According to reports, Obama quipped that he felt a natural connection to the studio because his “ears were one of the inspirations for Shrek’s.” 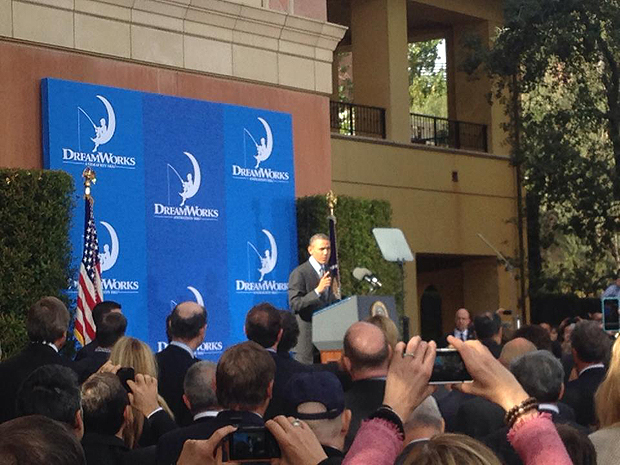 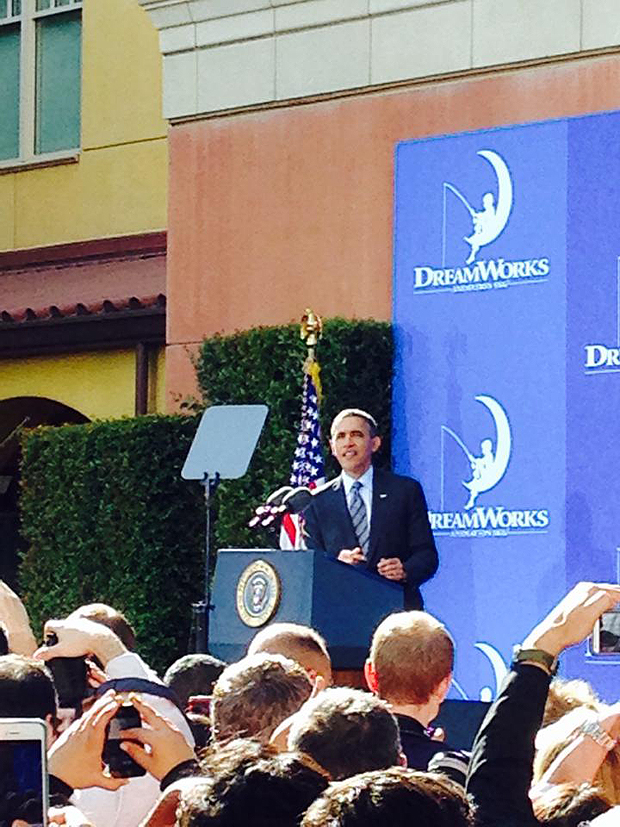 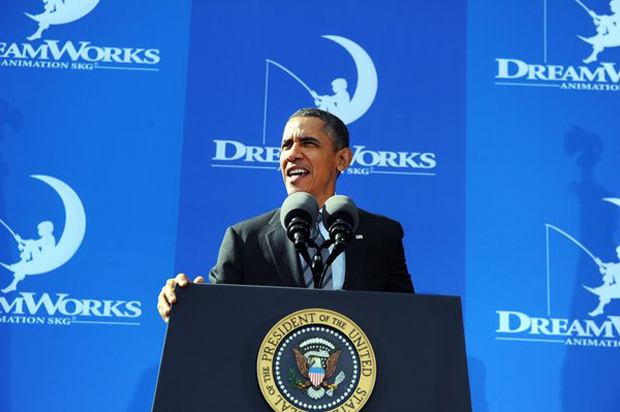 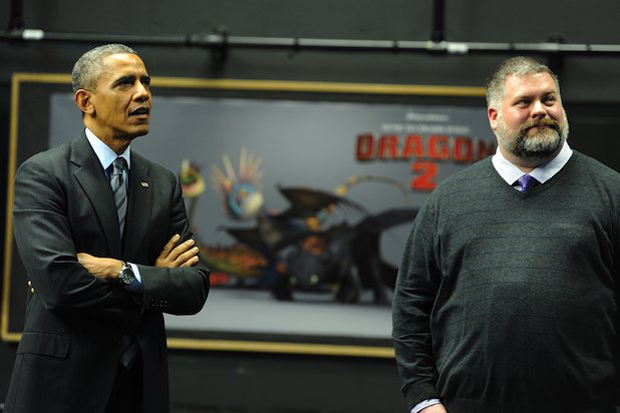 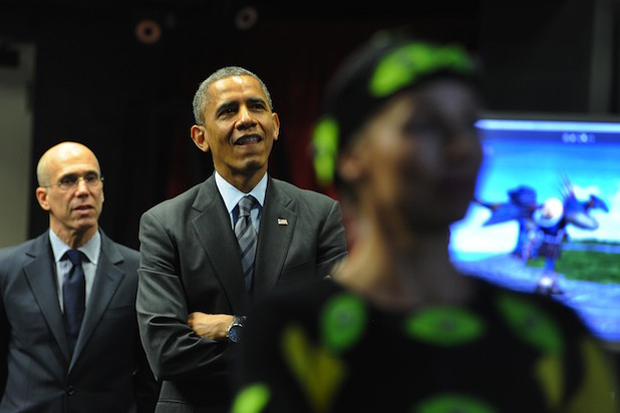 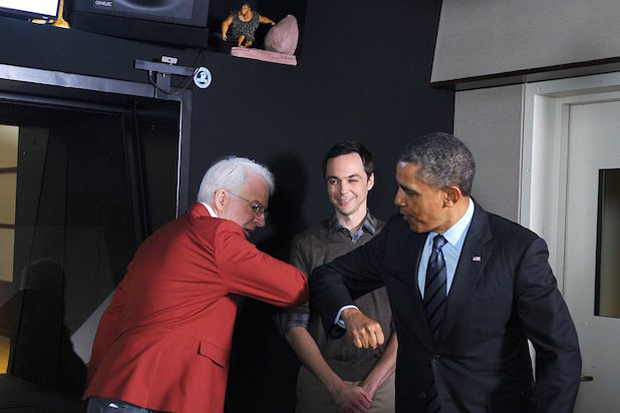