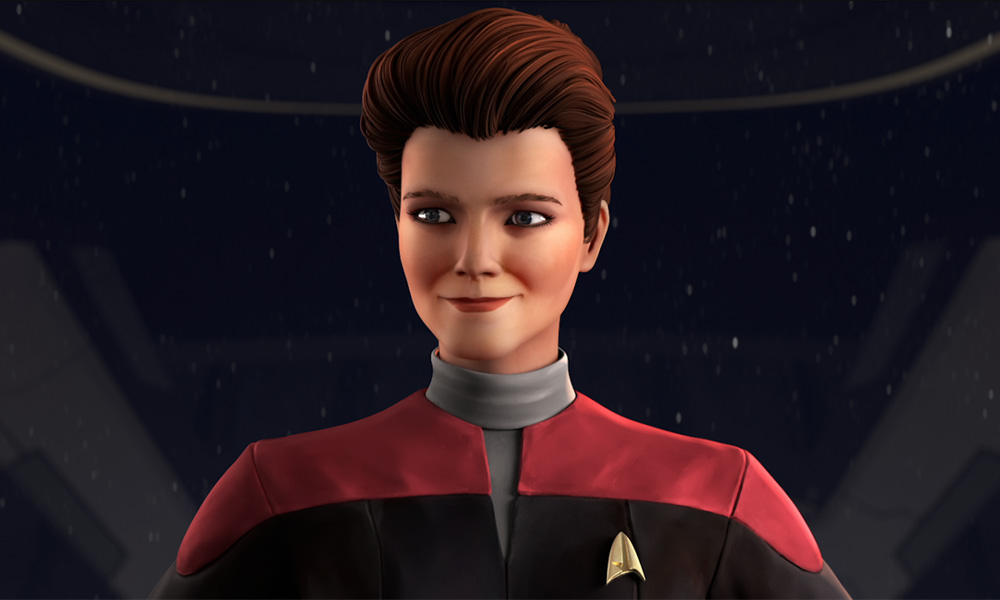 In addition, it was revealed during the Sunday NYCC panel that Daveed Diggs, Jameela Jamil, Jason Alexander and Robert Beltran have joined the season one voice cast with recurring roles. Diggs will voice Commander Tysess, Jamil will voice Ensign Asencia, Alexander will voice Doctor Noum and Beltran will reprise his Star Trek: Voyager role as Captain Chakotay. 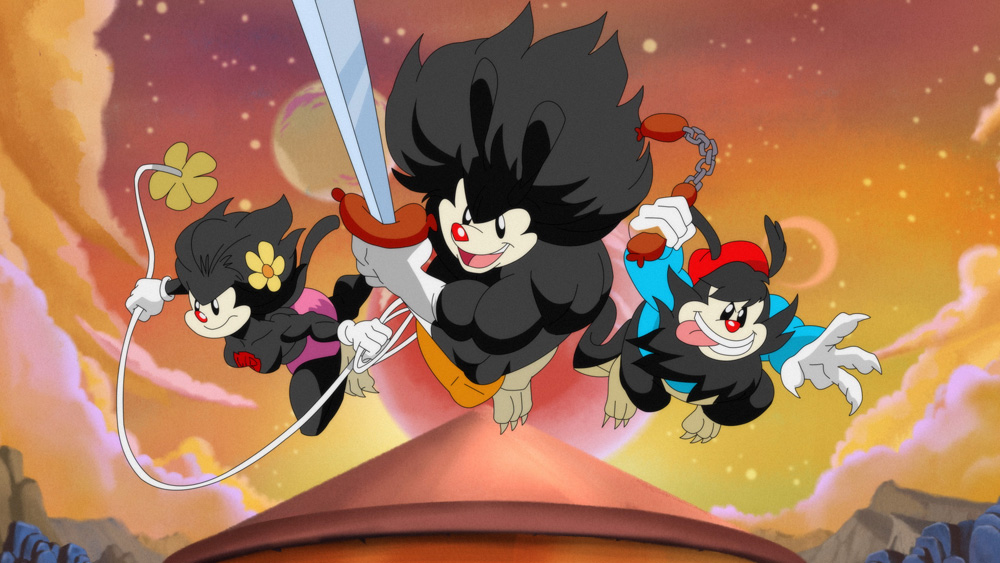 Synopsis: Yakko, Wakko and Dot return for an all-new season of this iconic, family-friendly series with something for everyone: pop culture parodies, musical showstoppers, takedowns of historical baddies … and even some important safety tips. Join the Warners and Pinky and the Brain as they wreak havoc everywhere they go, from the Warner Bros. lot to an international beauty pageant and all the way into outer space. And keep an eye out for season one favorites Starbox & Cindy, as well as some rejected Animaniacs characters that were left on the cutting room floor. 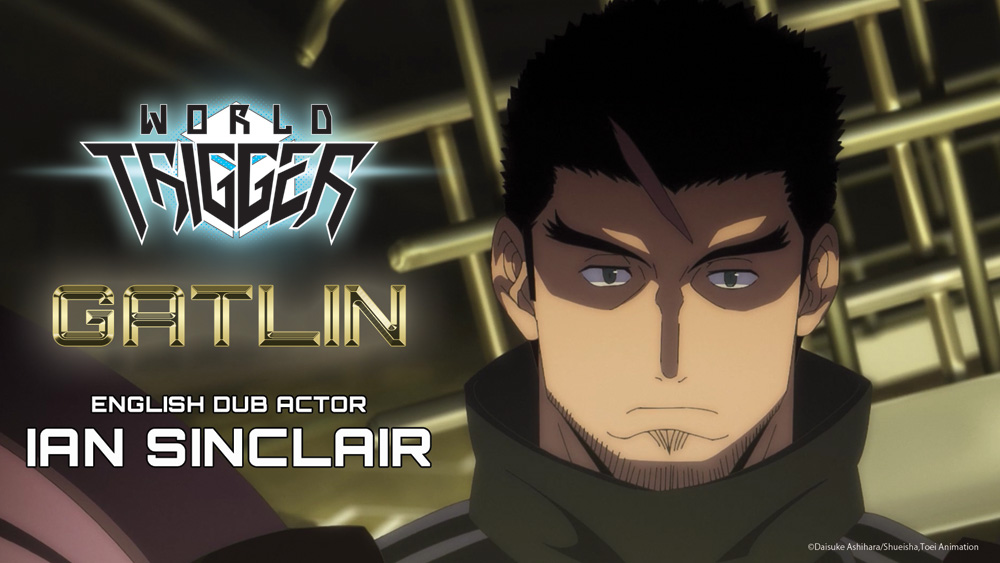 Toei Animation offered an advance panel offering details of World Trigger Season 3, which will roll out on Crunchyroll streaming following the show’s premiere in Japan on Saturday. The session included a special video message with producer Daichi Nagatomi and voice stars Tomo Muranaka (Kuga Yuma), Kaji Yuki (Osamu Mikumo), Nao Tamura (Chika Amatori) and Takuya Kirimoto (Kido Masamune), as well as the debut of the S3 subtitled trailer and the reveal of two new characters set to bow in the next chapter: Michael Kronin (voiced by Ryota Takeuchi) and Yuri Rindo (Mamiko Noto).

As for the music for S3, the opening theme is “Time Factor” performed by Kami wa Saikoro wo Furanai (who recorded S2’s closing theme “Mirai Eigou”), and the ending song is “Ungai Shoukei” by Fantastic Youth. Fans also learned that the Season 2 English-language dub is expected to be completed by the end of the year, and Ian Sinclair (Fruits Basket, Black Clover) has just been announced as the voice of Gatlin. 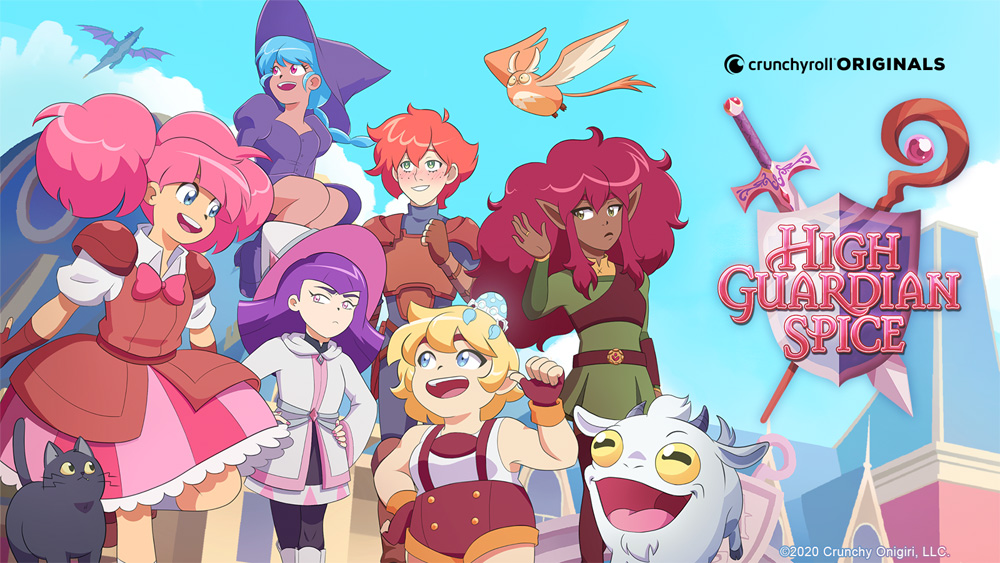 Crunchyroll took to the virtual NYCC stage to announce a full lineup of premieres, new series updates and more — including the introduction of Crunchyroll-Hime’s debut in the co-op multiplayer RPG Mitrasphere and a first-look at upcoming Crunchyroll/Adult Swim Original series Shenmue and new trailer for Blade Runner: Black Lotus (check these out here).

Crunchyroll Original series High Guardian Spice, created and executive produced by Raye Rodriguez, will premiere Tuesday, October 26 with all 12 episodes. The lives of four fierce girls converge at High Guardian Academy, the one place where they can stumble comically toward adulthood while becoming the heroes they’ve always admired. As they master the ways of battle and sorcery, the foursome form allegiances, uncover legacies, face betrayals and discover their true identities while preparing to protect the world from an ominous unknown threat. Crunchyroll premiered a new trailer and announced the magical voice cast for the show:

Crunchyroll also unveiled a new trailer for FreakAngels, a new Crunchyroll Original series based on the graphic novel series of the same name set to premiere in Crunchyroll.

Synopsis: Welcome to Whitechapel: last bastion of humanity. Six years ago, the world “ended” in a single, apocalyptic event, trapping Great Britain behind a mysterious dome of purple energy. London’s last neighborhood has persevered thanks to the protection of the “FreakAngels” — a small group of psychically-powered twenty-three-year-olds. Their fragile peace becomes threatened, however, when an exiled friend returns, exposing past conspiracies and new conflicts within their fractured, makeshift family. Can Whitechapel survive?

Crunchyroll-Hime, the brand’s princess mascot, will be appearing in Mitrasphere, Crunchyroll Games’ latest multiplayer online RPG. In this special in-game event, Crunchyroll-Hime and Yuzu find themselves transported into the world of “Mitrasphere.” Landing in the center of Edol Town, the prominent city of the plainsfolk (humans), they bump into the audacious Sky Pirates in the middle of their plotting. Determined, Hime and Yuzu join forces with Matilda, Hildegard, and other familiar faces as they work to uncover and thwart the Sky Pirates’ plans to wreak havoc upon Edol Town. This limited-time crossover event is full of new adventures featuring Crunchyroll-Hime and Yuzu, along with lots of free rewards for players! The game can be downloaded on iOS and Android and players can keep an eye on Crunchyroll Games social handles to learn more. 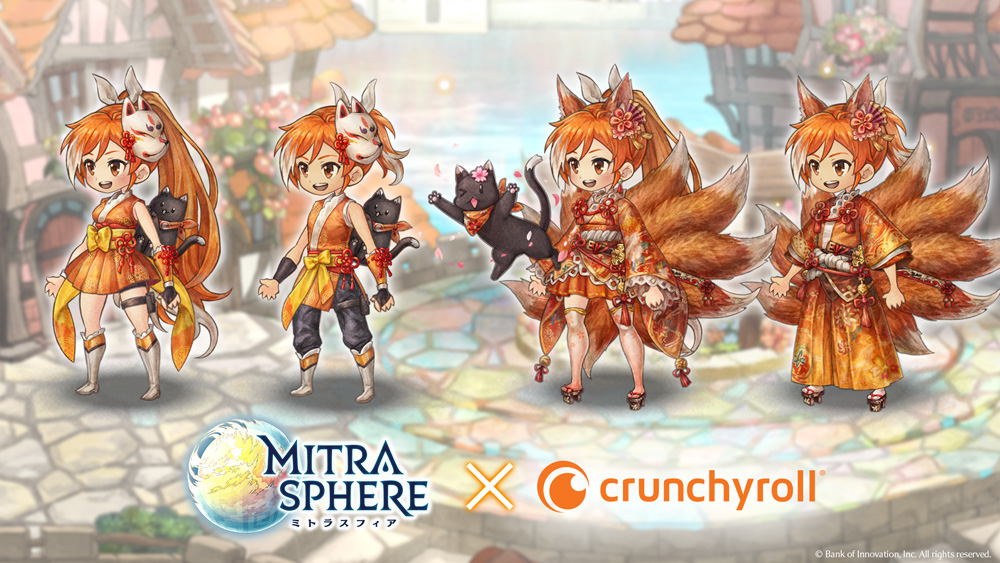