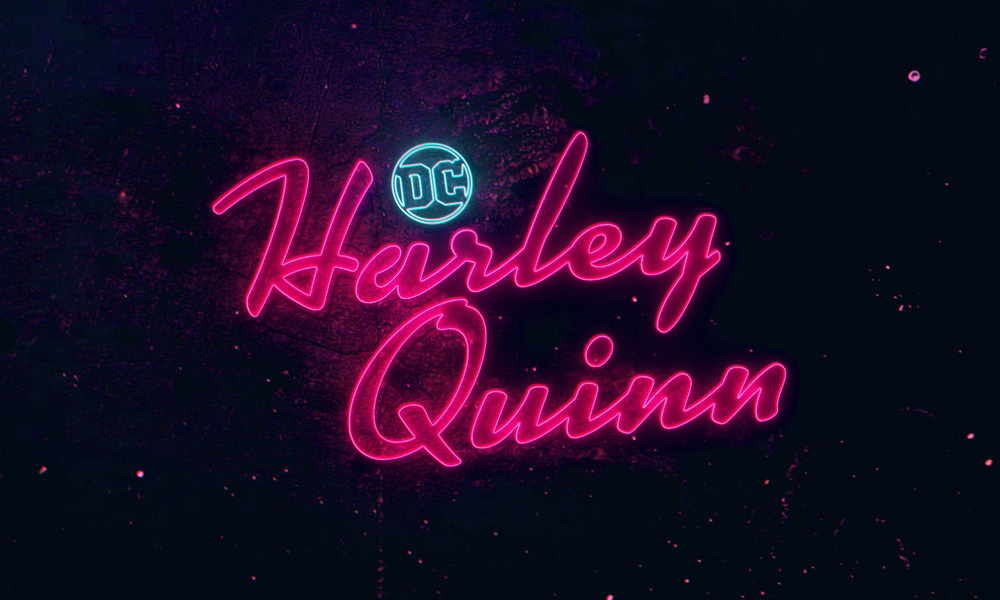 New York Comic Con is ready to take over the Javits Center from October 3-6, and major players are setting their schedules of celeb-packed panels, screenings and activations.

Anime Fest @ NYCC x Anime Expo, located just a block away from the main venue, gets the party started on Thursday with an Anime Karaoke Kickoff Party. The fun continues with the NYCC OFficial Cosplay After Party on Saturday, as well as special spotlights sessions with Charlet Chung (“D.Va” in Overwatch) and Veronica Taylor (“Ash” in the original Pokemon series), the U.S. premiere of Frame Arms Girl: Kyakkya Ufufu na Wonderland, and more! (Separate tickets required for these events.)

4:00 – 5:00 p.m. Emergence Screening and Panel (Room 1A06) –– Beyond explanation … beyond understanding … lies the truth. Join the cast and executive producers of ABC’s captivating new drama series Emergence for a look at a gripping new episode prior to its airing, followed by an exciting panel discussion. This character-driven genre thriller follows a police chief who takes in a young child she finds near the site of a mysterious accident who has no memory of what has happened. The investigation draws her into a conspiracy larger than she ever imagined, and the child’s identity is at the center of it all.

7:00 – 11:00 p.m. Anime Karaoke Kickoff (Hudson Mercantile) –– Fans can come karaoke their hearts out to their favorite anime themes (in English or Japanese,) K-pop tunes, or any other song they can think of! Sign up at the party for your turn to hop on stage and show off your best vocals. Cosplay is encouraged, but not required. Must be 21+ to enter.

10 a.m. Charlet Chung – Anime Fest Spotlight (Hudson Mercantile) –– NERF THIS! Skip the lines at the Javits and meet your favorite MEKA pilot at Anime Fest @ NYCC x AX. Charlet Chung, best known as the voice of D.Va in Overwatch, gives an intimate hour-long look into her impressive career as an actress and voice over artist. Chung’s voice credits also include Carmen Sandiego, Call of Duty: Balck Ops III, Family Guy, American Dad!, Craig of the Creek and a regular role on an upcoming DreamWorks Animation TV project. General admission ticket holders will receive a pre-signed item. Premium ticket holders will have priority reserved seating and access to a post-panel meet and greet with a personalized autograph.

3:45–5:45 p.m. Watchmen Exclusive Pilot Screening and Q&A (Main Stage 1D) –– Set in an alternate history where masked vigilantes are treated as outlaws, HBO’s upcoming series Watchmen embraces the nostalgia of the original groundbreaking graphic novel of the same name while breaking new ground of its own. From the co-creator of The Leftovers, Damon Lindelof’s new series is set in contemporary 2019, where roughly 30 years have passed since the original Watchmen story. Please join producers and series stars for an exclusive sneak peek of the first episode of the HBO series, followed by a panel discussion. Watchmen premieres October 20 and airs Sundays at 9/8c on HBO. Become a fan of Watchmen on Facebook at https://www.facebook.com/WatchmenHBO and follow the show on Twitter and Instagram @watchmen.

4:30–6:30 p.m. My Neighbor Adam Savage: An Evening with the Maker and Miyazaki Enthusiast (Hudson Mercantile) –– Everyone’s favorite pop culture aficionado Adam Savage, former host of Discovery Channel’s MythBusters and current editor-in-chief of Tested.com, will join fans at Anime Fest @ NYCC x AX to talk about his creative career, cosplay hobby, and anime influences. Come get up close and personal with this beloved maker, author and host. This program includes a one hour discussion and Q&A, followed by a meet and greet for premium ticket holders. All tickets include an exclusive pre-signed poster of Adam in one of his (and probably your) favorite costumes.

10 a.m. Veronica Taylor – Anime Fest Spotlight (Hudson Mercantile) –– If you truly “gotta catch ‘em all,” then you have to check out Veronica Taylor’s exclusive Anime Fest @ NYCC x AX talk. Get a deep dive with the voice actress behind the original Ash and May on the first 8 seasons of Pokémon, April on Teenage Mutant Ninja Turtles (2003- 2007) and roles in Yu-Gi-Oh!, Dragonball Super, Dinosaur King, Sailor Moon, One Piece, and more. General admission ticket holders will receive a pre-signed item. Premium ticket holders will have premium reserved seating and access to a post-panel meet and greet with a personalized autograph. Follow the prolific actress on Twitter @TheVeronicaT, Instagram @theveronicat and Facebook /TheVeronicTaylor.

3:00–5:30 p.m. Frame Arms Girl: Kyakka Ufufu na Wonderland U.S. Premiere & Panel (Hudson Mercantile) –– Join Anime Fest @ NYCC for the U.S. premiere of Frame Arms Girl: Kyakkya Ufufu na Wonderland! This event includes a 60 minute panel with Kotobukiya staff followed by the 90 minute U.S. Premiere screening, which includes a compilation of all the episodes of the Frame Arms Girl anime plus special bonus footage. Tickets to the screening also include the purchase of a limited edition Frame Arms Girl model kit, for pick up directly after the film. Attendees will also receive an exclusive clear A4 size file folder not for sale anywhere else (while supplies last!)

Synopsis: Ao, an ordinary high school girl, receives something mysterious in the mail one day — upon opening the package, she finds herself with Gourai, a petite AI robot called a Frame Arms Girl. But! Gourai isn’t just any ordinary Frame Arms Girl, she is an experimental prototype model endowed with AS (“Artificial Self”), giving her human-like emotions. Furthermore, Gourai is the only one in the world to be successfully activated, and by Ao no less! (Japanese trailer)

7:15–8:15 p.m. neXt Panel and Q&A (1A06) – Coming to FOX in 2020, join us for a sneak-peek screening of the premiere of neXt, a propulsive, fact-based thriller about the emergence of a deadly, rogue artificial intelligence that combines pulse-pounding action with an examination of how technology is invading our lives and transforming us in ways we don’t yet understand. “next” stars John Slattery (Mad Men) as a Silicon Valley pioneer, who teams with cybercrime agent Fernanda Andrade (The First) to fight a villain unlike anything we’ve ever seen. Panelists to include creator and executive producer Manny Coto (24), executive producers and directors John Requa and Glenn Ficarra (This Is Us), and cast including Fernanda Andrade, Michael Mosley (Ozark), Jason Butler Harner (Ozark) and Eve Harlow (Marvel’s Agents of S.H.I.E.L.D.) for a moderated conversation and fan Q&A.

8:00 p.m.–12:00 a.m. NYCC Official Cosplay After Party (Hudson Mercantile) – Come party with Anime Fest! Cosplayers, anime fans and gamers can enjoy incredible EDM remixes and themes from their favorite series like Overwatch, Legend of Zelda and Dragon Ball Z. Cosplay is encouraged, but not required. Must be 21+ to enter.

10:00 a.m. Christopher Sabat and Sean Schemmel Present: Please Don’t Come to This Panel (Hudson Mercantile) –– Join veteran voice actors Sean Schemmel and Christopher Sabat for a panel you absolutely do not want to see. Do not attend this panel if you hate games, deep talks about dragons and/or balls, prank phone calls or dubbing over famous Hollywood films. Everyone who attends will receive an exclusive (although possibly lame) T-shirt commemorating this lackluster celebration which may or may not be shot from a cannon. The 200 general admission attendees will also receive a pre-signed item, while the 100 fans who purchase premium tickets will have priority seating and access to a post-panel meet & greet and signing.

10:30–11:30 a.m. Riverdale Special Video Presentation and Q&A (The Hulu Theater at Madison Square Garden) –– Now that the Gargoyle King has been revealed, The Black Hood is dead and Hiram is in jail, can Archie and the gang have a normal senior year? Riverdale returns for its second appearance at New York Comic Con to discuss the new mysteries of season four, including the shocking finale flash forward and what it means for Jughead and the others. Special video presentation followed by a Q&A with series stars Mädchen Amick, Marisol Nichols, Mark Consuelos and Skeet Ulrich, plus executive producer Roberto Aguirre-Sacasa. Riverdale returns Oct. 9, airing Wednesdays at 8/7c on The CW. Riverdale: The Complete Third Season is now available on Blu-ray and DVD. Become a fan on Facebook at www.facebook.com/CWRiverdale, and follow the show on Twitter at @CW_Riverdale.

11:35 a.m.–12:05 p.m. Manifest Special Video Presentation and Q&A (The Hulu Theater at Madison Square Garden) –– Last season’s breakout hit drama returns with more heart-pounding mystery and answers to some of season one’s biggest questions! When Montego Air Flight 828 landed safely in New York after a turbulent but routine flight, the crew and passengers were relieved. Yet in the span of those few hours, the world had aged five years… a deeper mystery unfolds, and some of the returned passengers soon realize they may be meant for something greater than they ever thought possible. Join the series cast and executive producer/creator Jeff Rake as they delve even further into the mystery of Flight 828, and offer a special sneak peek at some exclusive new footage! Manifest S2 will air midseason on NBC. Become a fan on Facebook /NBCManifest and follow the show on Twitter @NBCManifest.

12:10–1:00 p.m. Roswell, New Mexico Special Video Presentation and Q&A (The Hulu Theater at Madison Square Garden) –– Following the shocking season one finale where Max used his powers to resurrect Rosa while not realizing that he was sacrificing his own life in the process, join the Roswell, New Mexico team as they return for a second appearance at New York Comic Con! In season two, Liz mourns her lost love by seeking comfort in science, both earthly and extraterrestrial, as Rosa turns to Kyle to help her find her place in the unfamiliar territory of 2019. In their grief, Isobel explores potentially dangerous methods of self-defense, and Michael spirals into some old bad habits, putting his relationships with Maria and Alex at risk. Special video presentation followed by a Q&A with series stars Jeanine Mason, Nathan Dean Parsons, Michael Vlamis, Lily Cowles and Tyler Blackburn, along with executive producers Carina Adly MacKenzie, Chris Hollier and Julie Plec. Roswell, New Mexico will return midseason on The CW. Become a fan on Facebook at /CWRoswellNM and follow the show on Twitter @CWRoswellNM.

1:35–2:45 p.m. Batwoman Pilot Screening and Q&A (The Hulu Theater at Madison Square Garden) –– Armed with a passion for social justice and a flair for speaking her mind, Kate Kane soars onto the streets of Gotham as Batwoman, an out lesbian and highly trained street fighter primed to snuff out the failing city’s criminal resurgence. But don’t call her a hero yet. In a city desperate for a savior, Kate must overcome her own demons before embracing the call to be Gotham’s symbol of hope. Join cast and producers for a screening of the pilot, followed by a Q&A. From executive producers Greg Berlanti (Arrow), Caroline Dries (The Vampire Diaries), Geoff Johns (Arrow) and Sarah Schechter (Arrow), Batwoman stars Ruby Rose (Orange Is the New Black), Rachel Skarsten (Reign), Meagan Tandy (Survivor’s Remorse), Nicole Kang (You), Camrus Johnson (Luke Cage), Elizabeth Anweis (Twin Peaks) and Dougray Scott (Taken 3). Marcos Siega (You) directed the pilot, for which he also served as executive producer alongside David Nutter (Game of Thrones). Batwoman premieres October 6, airing Sundays at 8/7c on The CW. Based on characters from DC, the series is produced by Berlanti Productions in association with Warner Bros. Television. Become a fan on Facebook /CWBatwoman and follow the show on Twitter @CWBatwoman.

Black Lightning, Katy Keene, Legacies, Prodigal Son and Titans — In addition, Sunday’s Warner Bros. Television Block will also include an exclusive presentation of new footage from the upcoming seasons of Black Lightning (returning Monday, October 7, at 9/8c on The CW), Katy Keene (premieres midseason on The CW), Legacies (returning Thursday, October 10, at 9/8c on The CW) and Prodigal Son (premiering Monday, September 23, at 9/8c on FOX), as well as the current second season of Titans (now streaming on DC UNIVERSE). 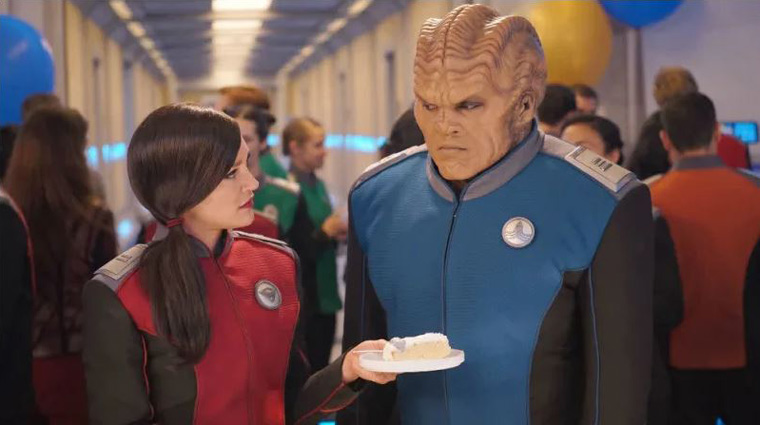 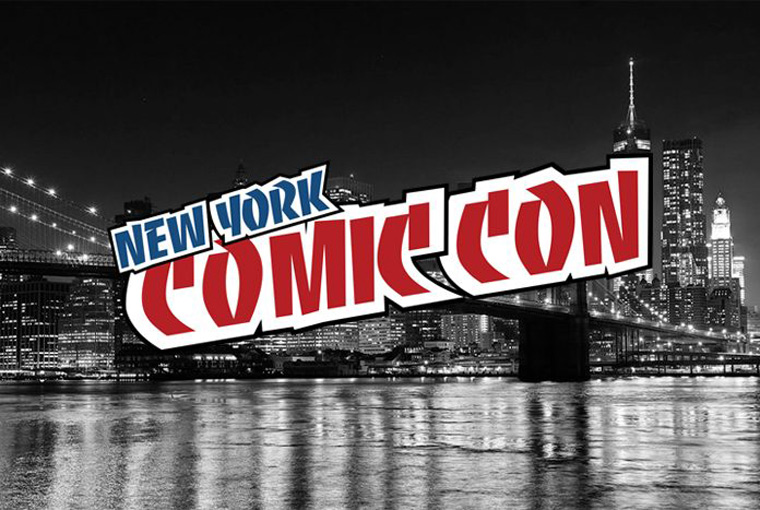 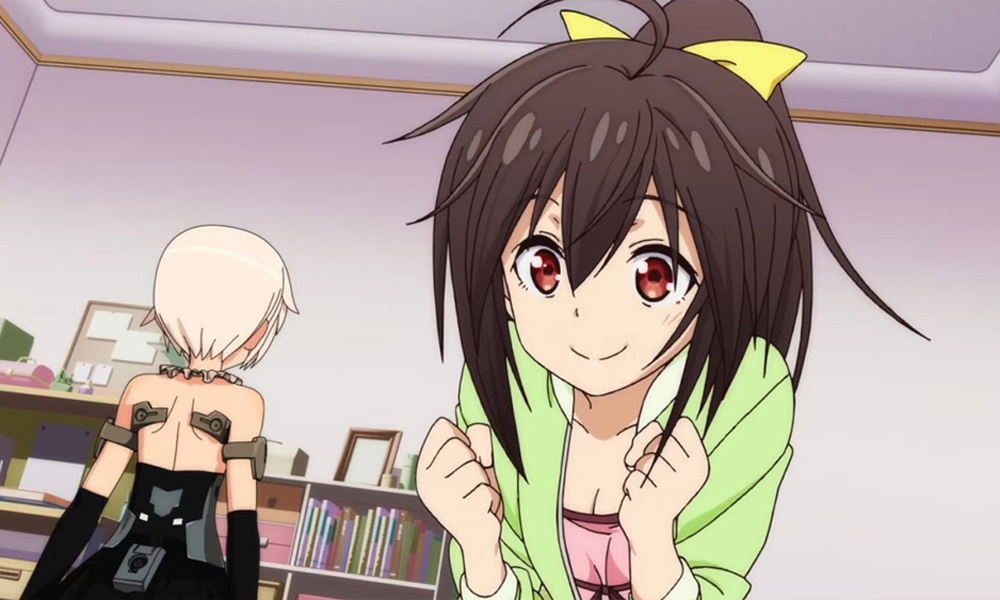 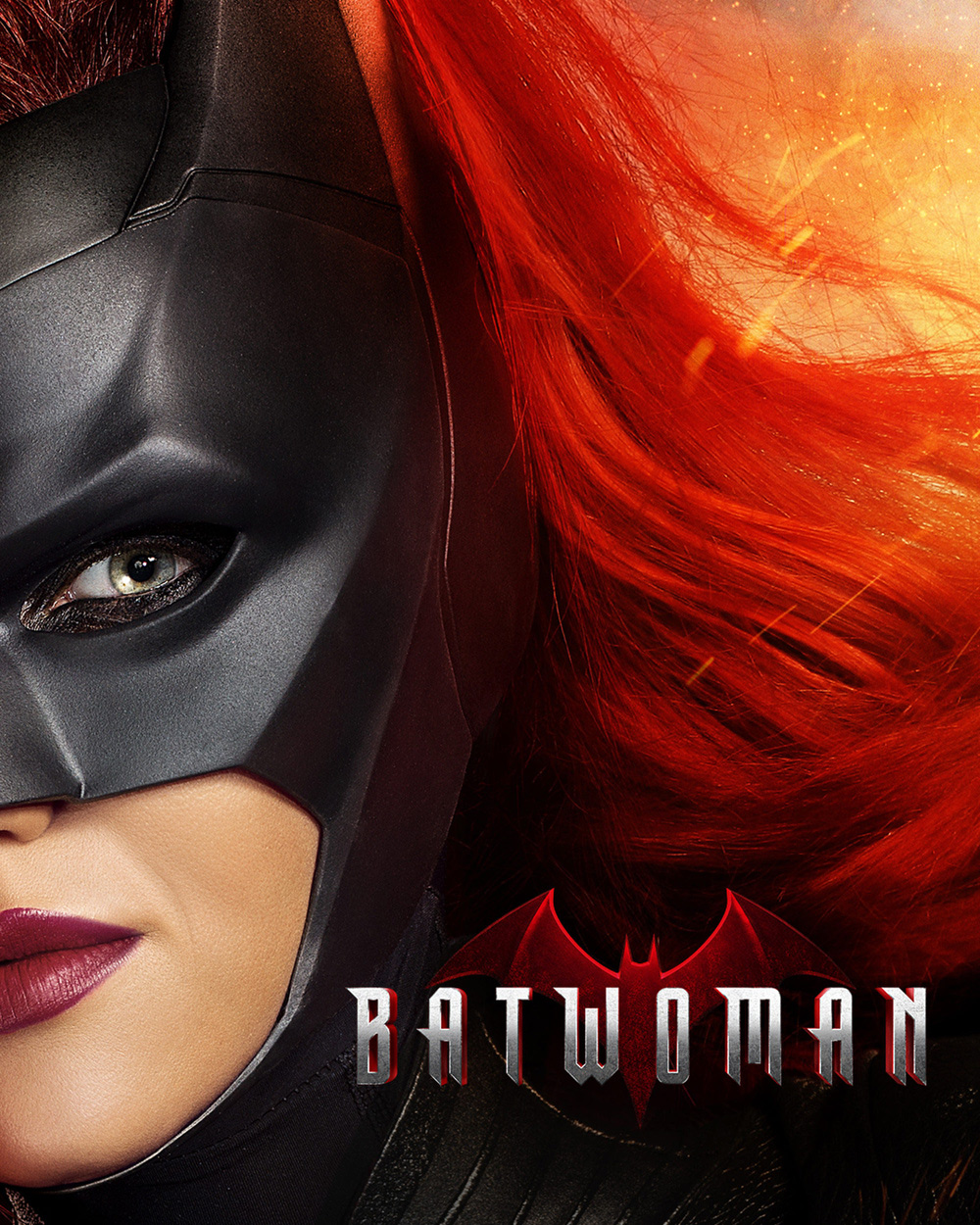