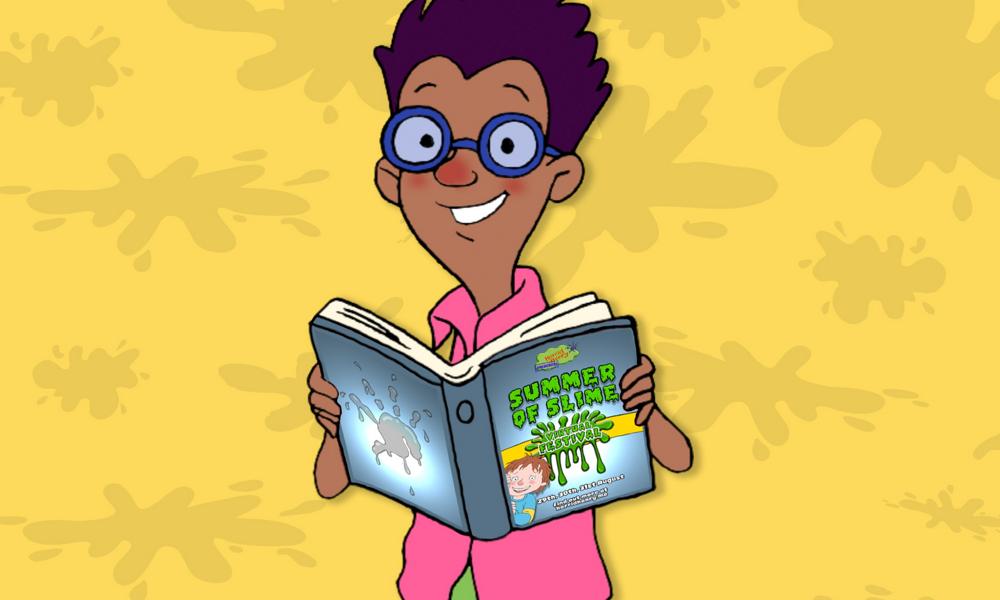 Novel Entertainment is hosting its first ever Horrid Henry Summer of Slime festival which will run virtually over the U.K. bank holiday weekend (August 29–31). Available to fans worldwide through a curated playlist on Horrid Henry’s YouTube channel and on the brand’s social media channels, the festival will feature exclusive behind-the-scenes content, specially commissioned videos, competitions, readings, live performances and more.

Horrid Henry fans will be able to enjoy acts including:

Fans will also have the chance to win a variety of prizes linked to the Summer of Slime festival including the obligatory festival wellies from Grass & Air, school shoes to rock out in from Start Rite, a selection of Jaques of London wooden toys and glow-in-the-dark Playfoam from Learning Resources.

To encourage fans to have fun preparing for the event, Novel Entertainment has created a Get Festival Ready booklet which is available to download for free on www.horridhenry.me. The booklet features interactive activities including brand new puzzles, challenges and crafts.

“After a challenging few months, we wanted to provide children with a moment of celebration before they return to school and a virtual festival felt like a natural extension to the activities we’ve been working on during this time,” said Lucinda Whiteley, Creative Director and Co-Founder of Novel Entertainment. “Horrid Henry’s Summer of Slime festival will provide families with the perfect opportunity to enjoy some holiday fun together, wherever they are. Never mind Glastonbury, this is Ashtonbury!”

The Summer of Slime festival is part of Novel Entertainment’s recently created content output, produced under the banner of Horrid Henry Unlocked and designed to offer a familiar environment for fans to discover more about their favorite Horrid boy. As well as the recently launched Horrid Henry podcast and audio books, new content includes Horrid Homework activities, creative projects, puzzles and challenges and bespoke videos including newly created songs, pop promos and behind the scenes content.

Novel’s four-time BAFTA-nominated Horrid Henry is one of the biggest children’s animated shows ever in the U.K. The fifth season is currently on air in the U.K. and Novel is in production on new longer form content. The brand includes film, stage, radio and online extensions, as well as being at the heart of a successful licensing and merchandising program. 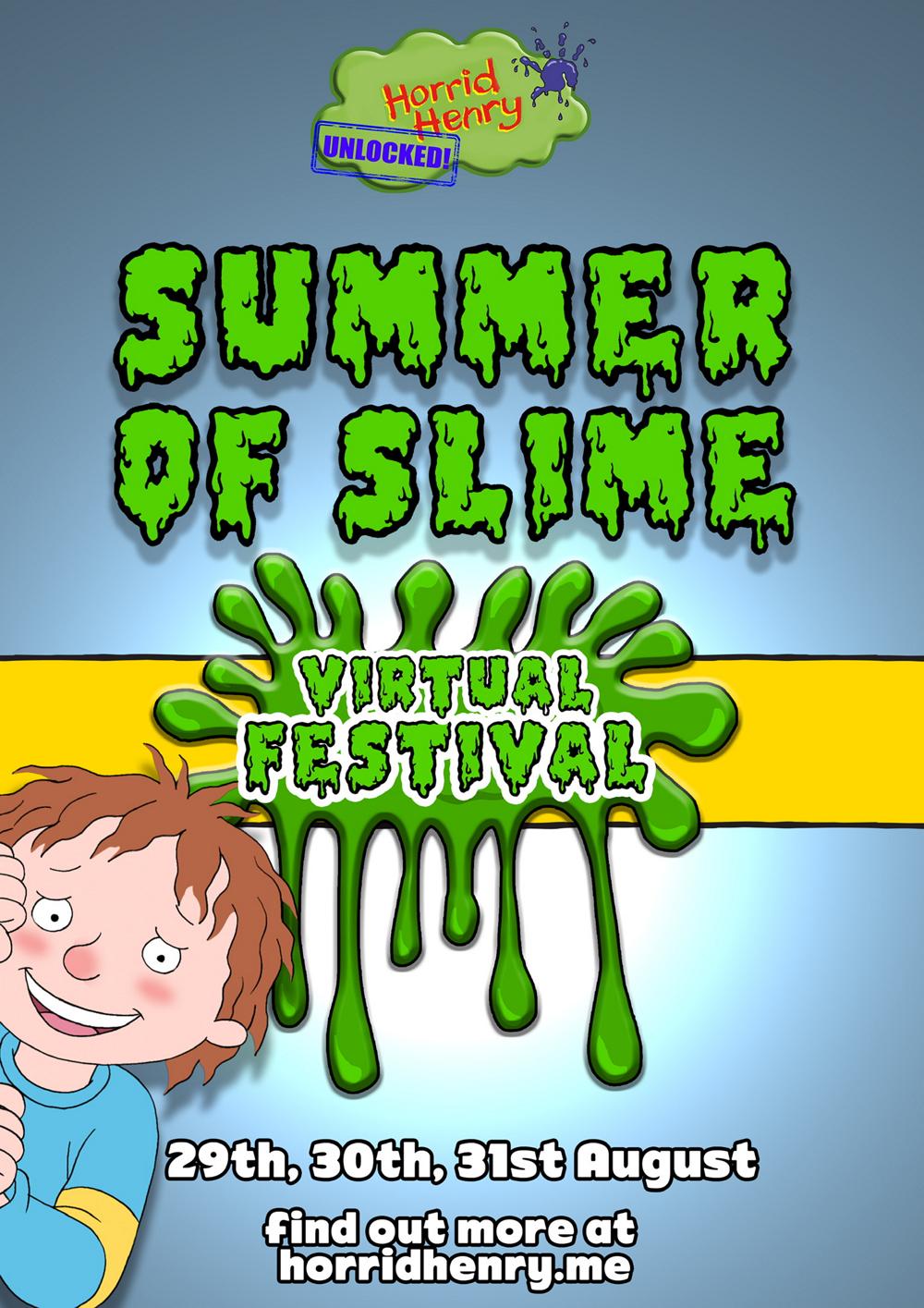 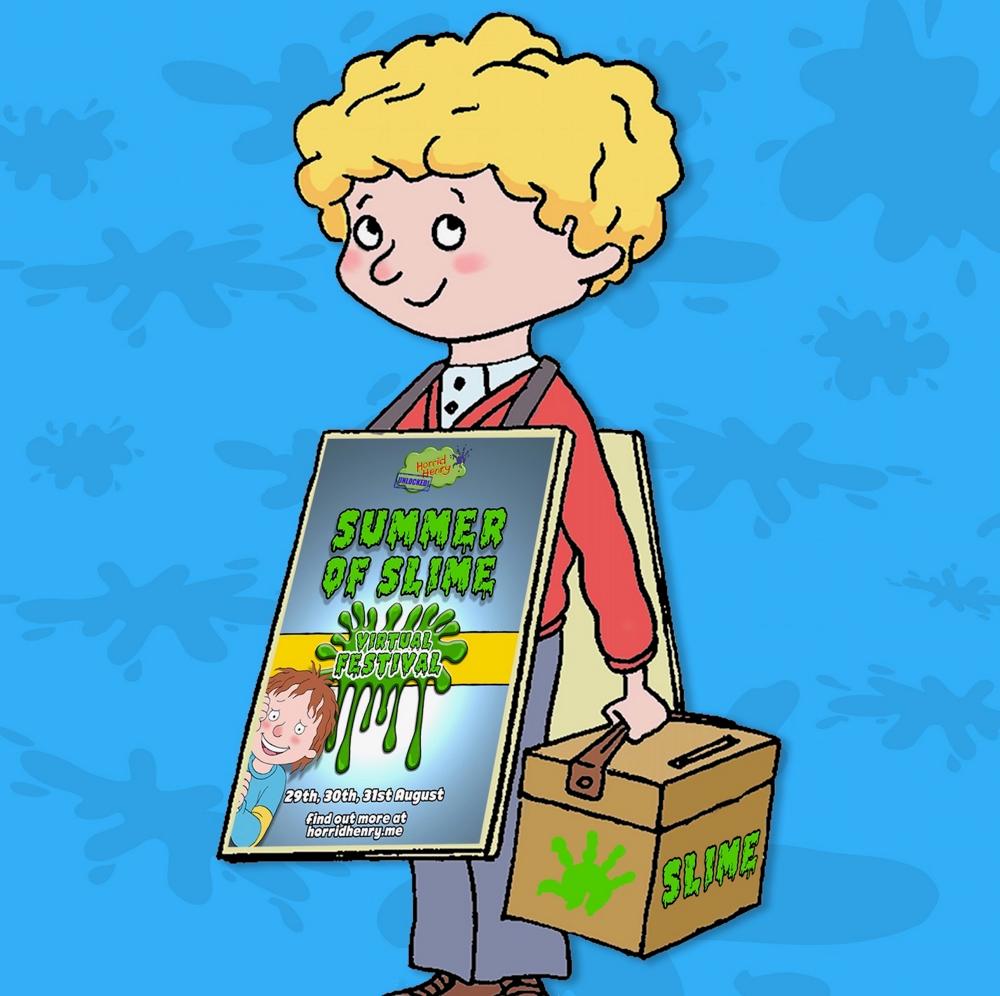